The ‘After the Bell’ panel discusses the first $100 billion quarter in the company’s history due to strong iPhone 12 demand.

Apple CEO Tim Cook on Thursday took social media companies to task for neglecting the social costs of collecting data on its users while ignoring the consequences of extremism and polarization.

"Too many are still asking the question ‘how much can we get away with?' when we should be asking ‘what are the consequences?'” Cook said at a virtually held International Conference on Computers, Privacy & Data Protection. He stopped short of outright naming any tech or social media company in particular. 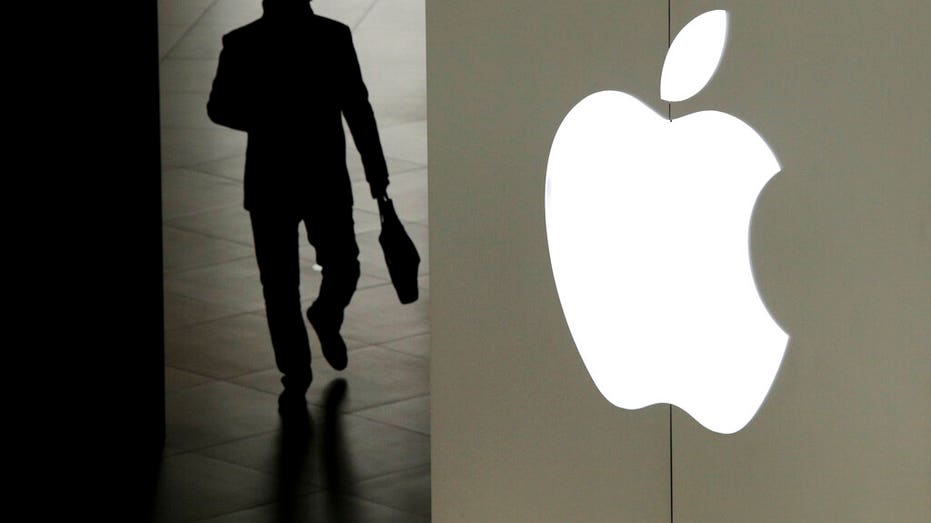 FILE – In this Jan. 3, 2019, file photo, a man leaves an Apple store in Beijing. Apple says it will roll out a new privacy control in spring 2021 to prevent iPhone apps from secretly shadowing people.  (AP)

Cook said it's "time to stop pretending that this approach doesn’t come with a cost" — of polarization, lost trust and "yes, of violence."

His comments come as Apple prepares to roll out a new privacy control in the early spring to prevent iPhone apps from secretly shadowing people. That puts the feature on course to come out after a more than six-month delay aimed at placating Facebook and other digital services that depend on such data surveillance to help sell ads.

Apple did not provide a specific date, but the general timetable disclosed means the long-awaited safeguard known as App Tracking Transparency will be part of an iPhone software update.

After delaying the introduction of the safeguard amid a Facebook-led outcry, Apple had said previously it would come out early this year. Apple released the latest schedule update as part of Data Privacy Day, which Cook will salute during a scheduled speech at a technology conference in Europe next week.

Apple has been holding off to give Facebook and other app makers more time to adjust to a feature that will require iPhone users to give their explicit consent to being tracked. Analysts expect a significant number of users to deny that permission once it requires their assent. Currently, iPhone users are frequently tracked by apps they install unless they take the extra step of going into iPhone settings to prevent it.

The company has released an 11-page report to illustrate how much apps can learn about their users in daily life.