Embattled wealth manager AMP has recruited former head of Treasury John Fraser as a company director as it posted a steep decline in first half profit off the back of its royal commission and financial planning scandals.

AMP posted a 74 per cent decline in first half net profit to $115 million due to a series of impairments the group booked on the back of its royal commission scandal. 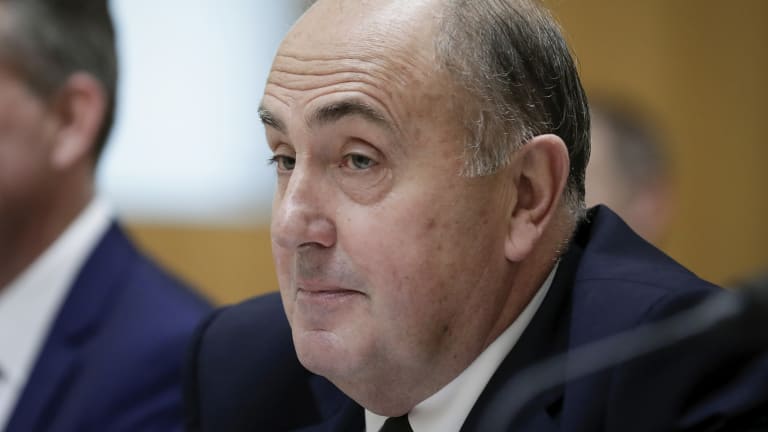 Former Treasury secretary John Fraser has taken up a seat on AMP’s board.

AMP's underlying profit also took a hit from the group's financial planning troubles falling to $495 million for the half, next to $533 million it recorded in first six months of last year.

The group' declared an interim dividend of 10 cents per share, franked to 50 per cent and with a record date of August 23. This was lower than the 14.5 cents interim dividend the group declared in the prior corresponding period.

AMP flagged the fall in its its underlying profit when announcing that the royal commission, customer refunds and other expenditure associated with reforming the business would cost the group $500 million.

AMP said last month it would put aside $415 million to compensate customers found to have been affected by poor or non-existent advice going back 10 years. The provision will cost AMP $290 million after accounting for tax.

“While there will be further challenges ahead, we have a strong foundation on which to reset the business and restore the confidence of our customers and the wider community.

“The events around the Royal Commission into financial services have challenged our reputation, and while we continue to monitor the impacts, we have taken action to stabilise the business and move forward."

“Headwinds remain for the second half of the year, but our focus is clear."

“AMP Bank and AMP Capital have continued to grow and our Australian wealth management
business has again shown its ability to respond to changing market circumstances, broadening its
revenue base and managing its controllable costs.

U.S. oil could surge to $80 per barrel this summer

3 Reasons to Retire as Early as You Can