The former chair of the Federal Reserve hauled in nearly $1 million alone in multiple speeches to Citigroup (C), according to financial disclosure documents filed last week. Since stepping down from the Fed in early 2018, Yellen has also given paid speeches to other companies, including Google, Goldman Sachs, Bank of America and Salesforce. 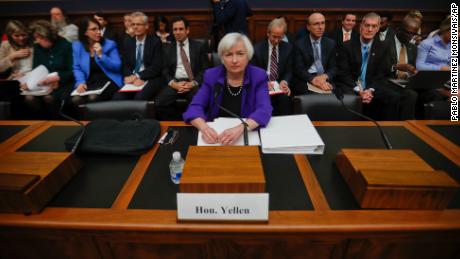 It’s common for former government officials, including Fed leaders, to make money by giving speeches that share their insights on the economy and policy. However, the disclosure of Yellen’s lucrative speaking fees is awkward because she could soon be Biden’s point person on the economy and finance.

If confirmed as Treasury secretary, Yellen will have enormous sway over everything from taxes and climate to tariffs and government spending. Yellen would also chair a team of US regulators that responds to emerging risks in the financial system.
“This disclosure dovetails with some broader Democratic concerns regarding the revolving door and the access certain financial services firms have to top policymakers,” Isaac Boltansky, director of policy research at Compass Point Research & Trading, said in an email.

The fact that the majority of Yellen’s speaking fees were from the financial industry could raise concerns that she is too cozy with Wall Street.
Yellen listed $952,200 in income from speeches to Citi, one of the nation’s largest banks. She also disclosed speaking fees from PIMCO, Barclays (BCS), Citadel, BNP Paribas, UBS (UBS), Credit Suisse (CS), ING, Standard Chartered Bank and City National Bank.
Former government officials have been criticized for their post-politics relationships with big banks and corporations.
During the 2016 campaign, then-candidate Donald Trump criticized his opponent, former Secretary of State Hillary Clinton, for making millions off speeches to banks, securities firms and trade associations. The transcripts of some of those speeches were released by WikiLeaks. 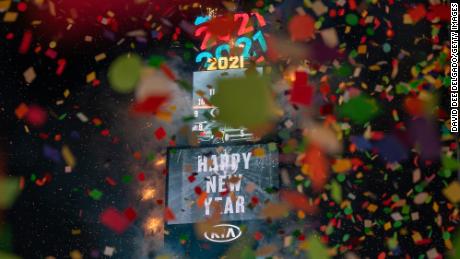 The Biden transition team downplayed concerns about Yellen’s income from Wall Street and noted that some speeches were moderated or covered by journalists.
“Take a look at her record on enforcement — this is not someone who pulls punches when it comes to bad actors or bad behavior,” a Biden transition official told CNN Business.
Yellen appealed to some progressives in part because of her crackdown on Wells Fargo (WFC). In February 2018, the Yellen-led Fed imposed unprecedented growth restrictions on Wells Fargo, penalties the scandal-ridden bank has yet to recover from.
“She didn’t hesitate to tell some audience that the rules governing their business should be tougher and more stringent — and it could create problems for the economy otherwise,” the Biden transition official said.

However, transcripts of Yellen’s speeches to Wall Street banks have not been made public. And the Biden transition official did not immediately provide specific examples of Yellen telling companies that rules may need to be toughened.
In a recent letter to ethics officials, Yellen pledged to take steps to “avoid any actual or apparent conflicts of interest” if she’s confirmed to lead the Treasury Department.
Specifically, Yellen promised that no later than 90 days after confirmation she will sell her stakes in several major companies, including Pfizer (PFE), Raytheon (RTN), DuPont (DD), ConocoPhillips (COP) and CNN parent AT&T (T).
Additionally, Yellen plans to resign from the Washington Speakers Bureau, which has represented the former Fed chief in paid speeches.
Yellen also wrote that for a period of one year after her last speech she plans to recuse herself from matters related to several companies, including Salesforce (CRM), Principal Financial and Japanese investment bank Daiwa Securities. Yellen said she will “not participate personally or substantially in any particular matter” unless she is authorized to.
However, Yellen also signaled she will seek written authorization to participate in matters related to other companies she earned speaking fees from, including Barclays, Citi (C), Citadel, Credit Suisse and Goldman Sachs (GS).

Confirmation not in doubt

Analysts said the disclosures are unlikely to derail Yellen’s confirmation by the US Senate.
“Yellen will face questions on these speeches during the confirmation process, but it’s difficult to envision this disclosure impacting her odds of becoming Treasury Secretary,” Boltansky said. “The fact is she did absolutely nothing wrong and she will still cruise to confirmation.”
Yellen’s forms ran 21 pages and included her stamp collection, which was estimated to be worth between $15,001 and $50,000.
Other former Fed officials have similarly hauled in lucrative speaking fees after leaving the US central bank. For example, Ben Bernanke, who led the Fed through the 2008 financial crisis, made as much as $250,000 per speech at one point. In 2015, Bernanke was hired as a senior adviser to Chicago-headquartered hedge fund firm Citadel — a role he still holds today. 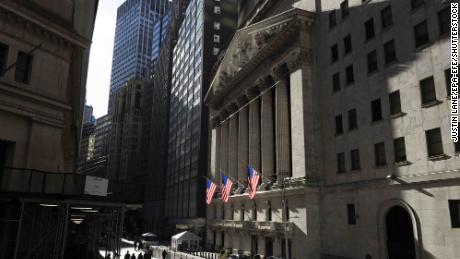 Biden’s nomination of Yellen has received widespread support, including from progressive leaders like Senator Elizabeth Warren. Even some Republicans such as Senator Chuck Grassley and Senator John Thune spoke positively about Yellen.

Greg Valliere, chief US policy strategist at AGF Investments, doubts the speaking fees will prevent Yellen from becoming the first woman to lead the US Treasury Department.
“She has such a reservoir of goodwill on Capitol Hill that she will easily win confirmation,” Valliere said.
Source: Read Full Article