AFL player Matt de Boer is known as one of the most fearless ‘taggers’ in the game. But like many elite athletes, the one thing he admits to feeling some nerves about is life after sport.

“Like many athletes I’ve felt anxious not knowing what was next at times. I think it’s common for athletes to worry about transitioning out of sport,” the Greater Western Sydney Giants player says. 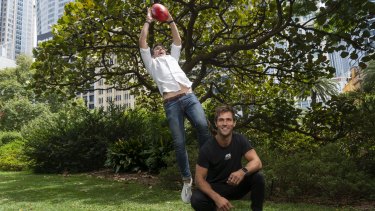 De Boer, who has played more than 200 games and reached two AFL Grand Finals in over a decade, has always been interested in financial markets and holds a bachelor’s degree in commerce from the University of Western Australia. But the more he learned about finance, the more he realised it was venture capital – backing entrepreneurs building high-growth businesses – that he was really passionate about.

“I have always chosen to concentrate my off-field energy into learning more about financial markets,” he says. “I’m fascinated by entrepreneurial mindsets.”

After sinking his teeth into all things VC and talking to key figures in the sector, De Boer soon discovered that it wasn’t easy for an individual, even a prominent sports star, to invest in a privately held startup business. The minimum cheque required to participate in a funding round is typically in the high six or low seven figures.

So, in 2020, he launched Athletic Ventures, an investment syndicate for elite athletes wanting to band together and jump into the world of startup investing, and boost their knowledge about business along the way. 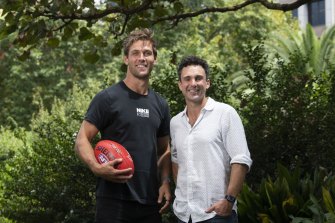 The similarities between elite sport and entrepreneurship really appealed to De Boer. Both fields require discipline, obsessive mindsets, teamwork and a healthy appetite for risk. “I think athletes have a unique set of characteristics when it comes to investing,” says De Boer. “We’re already comfortable in learning from failures, we’re hungry to learn, and we have the resilience needed to succeed.”

Startup valuations have boomed over the past decade. Australia now has at least seven private technology companies worth more than $1 billion on paper. But the recent threat of higher interest rates, which triggered a sell-off in listed tech stocks, has sparked predictions that the boom might be drawing to a close.

Still, the high risk, high reward asset class appeals to many athletes whose careers – and peak earning power – are relatively short. Most famously, cricket superstar Steve Smith has amassed a portfolio of investments in startup business such as Koala Mattresses and online photo app Snappr estimated to be worth $100 million on paper.

Athletic Ventures has so far invested alongside some of Australia’s top venture capital and asset management firms such as Blackbird Ventures, Airtree Ventures and TDM Growth Partners.

But for the AFL star and the entrepreneurs he has backed, Athletic Ventures is about much more than just investing. “It isn’t about athletes chasing the latest fad,” Eucalyptus founder Tim Doyle says. “It’s about them making informed, self-directed investment decisions that educate them about business.”

Former test cricketer Ed Cowan understands why so many athletes struggle with the transition from professional sport to life after competing. “The whack to the ego that can occur after retirement can play out in a range of different ways,” he says. “The change from being valued, important and revered while earning great money to no longer playing sport with no steady income can be very challenging for some athletes.”

’I had a bachelor’s degree and a Masters of Applied Finance and a job lined up, and I found it really hard.

Cowan’s transition experience shaped his passion for helping other athletes through advising the Athletic Ventures team.

“I had a bachelor’s degree and a Masters of Applied Finance and a job lined up, and I found it really hard,” he says. “If it was hard for me, how hard is it for an athlete without a degree and who doesn’t know what to do next?”

Cowan is now an investor at TDM Growth Partners and has invested alongside De Boer and Athletic Ventures.

He says he is proud of the way the syndicate encourages athletes to think critically about their investments. “There’s a full spectrum of companies from those in early stages to one as established as Guzman Y Gomez in a fast scale-up stage, which provides the athletes with great investment access,” he says.

Although the investment opportunities are significant, Cowan is more passionate about the cycle Athlete Ventures has created, where athletes are connected to a network of finance professionals who help them make better investment decisions and improve their financial literacy along the way.

Companies can also benefit from partnerships with athletes, he says, for example through brand ambassador opportunities. “People define consumer choices by who else is using that product or service, why would they pay for advertising when they can have someone with an influential platform who’s actually incentivised to grow your business as an investor,” he says, citing Steve Smith’s involvement and public support for mattress firm Koala.

Cowan says startup founders gravitate towards other high performers in the athletic, arts and creative fields because “they share a common way of thinking that is mutually beneficial on a range of fronts”.

Athletes put their bodies on the line for a living, and are used to dealing with failure. Startup founders often turn their backs on more stable careers in big companies to build their own, in a pursuit that more often than not doesn’t work out.

Blackbird Ventures partner and Athletic Ventures adviser Nick Crocker Athletic Ventures has considerable appeal to founders when they are finalising a funding round. “A single line on the cap table gets you the buy-in of 50 of the country’s most elite athletes, across every sport,” he says.

De Boer says: “We like to think we have a strong portfolio, and we also have the edge of being able to support a company through unique ways such as social media, networking, and mindset…we can add value in ways traditional investors can’t.”