Home » Industries » Farfetch has filed for an IPO: 6 things you should know about this luxury-goods marketplace

Farfetch has filed for an IPO: 6 things you should know about this luxury-goods marketplace

U.K. luxury-clothing marketplace Farfetch Ltd. has filed for a U.S. initial public offering, with plans to list its shares on the New York Stock Exchange under the ticker symbol “FTCH.”

No fewer than nine banks are on tap to underwrite the deal, led by Goldman Sachs, JPMorgan, Allen & Co. and UBS. For now, the company’s prospectus does not specify how many shares the company will offer or provide an estimated price range.

But the prospectus includes plenty of information about the company and the ambitions of its founder and chief executive, José Neves, a Portuguese entrepreneur with a background in coding.

Neves used his technology skills to launch his first fashion venture, the footwear business Swear. He later founded SIX London and won a British Fashion Award for retailer of the year in 2006 for B-Store. 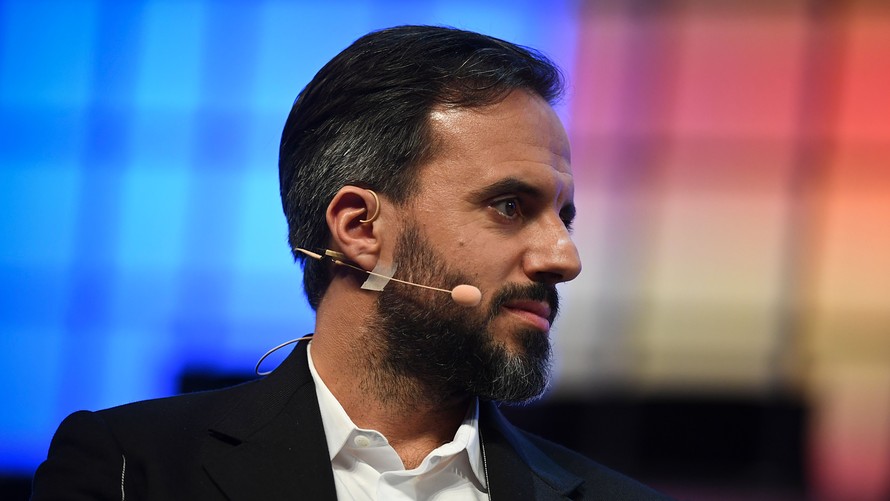 Here are five things to know about Farfetch:

Neves is expected to have a controlling stake via his Class B shares and will have a lot of sway in managing the company and setting strategic direction.

Read now: Is this peak branding? Gucci wants you to wear this $590 advertisement for Viacom

Also: This is how the 1% shop for clothes

“Our dual-class voting structure will limit your ability to influence corporate matters and could discourage others from pursuing any change of control transactions that holders of our Class A ordinary shares may view as beneficial,” says the prospectus.

“Farfetch exists for the love of fashion,” the prospectus gushes, with a mission to “be the global technology platform for luxury fashion, connecting creators, curators and consumers.”

The company was created 10 years ago with the aim of “redefining how fashion is bought and sold” through technology, data and innovation.

The global market for personal luxury goods will be worth about $446 billion by 2025, up from $307 billion last year, according to Bain Co. data cited in the prospectus. Millennials are expected to be key drivers of the trend. In fact, the list of key terms and performance indicators in the prospectus includes definitions for Generation X, Generation Z and Millennials, alongside such items as “Farfetcher,” meaning an employee of the company.

“We are a technology company at our core and have created a purpose-built platform for the luxury fashion industry,” says the prospectus.

About 90% of the company’s revenue comes through its Farfetch Marketplace, the first and biggest retail operation on its platform. In 2015, the company acquired Browns, a U.K. fashion and luxury-goods boutique with two stores in London. That, according to the company, helps it to understand the luxury fashion ecosystem “through the lens of a boutique.”

The company makes most of its money through revenue sharing and commissions, along with platform fulfillment revenue from shipping and clearing services. As of last Dec. 31, Farfetch had 935,772 active consumers, up about 44% from a year earlier. Gross merchandise volume came to $909.8 million in 2017, up 55% over 2016. Revenue rose 59% to $386 million.

The market for luxury goods is highly fragmented. That’s because of the 20 biggest luxury fashion brands, 19 are headquartered in Europe but serve a global market, which they achieve by building networks of directly operated stores or selling goods through department stores.

“Emerging brands typically have no route to the global market, and their distribution is limited by their ability to finance and produce sufficient supply for each local market,” says the prospectus.

At the same time, there is a strong push online as a new generation, from new geographies, embraces luxury goods. Millennial and Gen Z online shoppers accounted for about 85% of growth in 2017 and are expected to account for 45% of luxury-category spending by 2025. And those shoppers are expected to be based in China, the Middle East, Latin America and Eastern Europe, as compared with the traditional luxury-goods markets of Europe, the Americas and Japan.

This is how the platform works: Sellers can connect to consumers from 190 countries via the Farfetch Marketplace, which is part of an operating system that combines apps, services and data, as shown in the diagram below.

Sellers have access to platform services that include off-the-shelf elements or a full-service, branded e-commerce offering. Data is collected and used to guide shoppers. As of June 30, the company had 989 luxury sellers on the platform, split between 614 retailers and 375 brands. 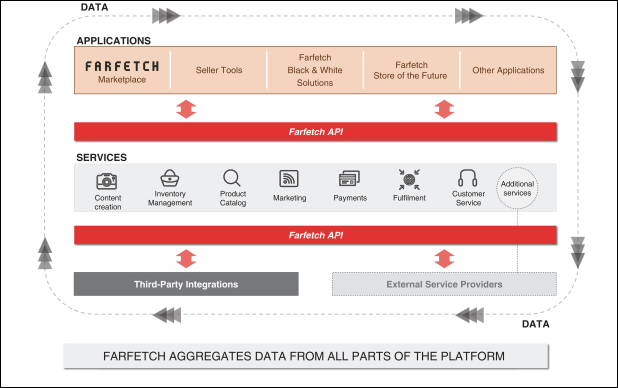 Farfetch is still loss-making, even as revenue has grown to $267.5 million for the six months that ended in June from $172.6 million in the year-earlier period. The company posted an after-tax loss of $68.4 million in the six-month period, wider than its $29.3 million loss a year earlier.

“We may continue to experience losses after tax in the future, and we cannot assure you that we will achieve profitability and may continue to incur significant losses in future periods,” says the prospectus.

See: These 7 luxury stocks are safe from any trade war

The fashion business can be fickle and difficult to predict. Consumer tastes can change quickly. The company may face operational difficulties as it tries to adapt to change.

Farfetch has no plan to pay dividends any time soon, either, which means shareholders will have to rely solely on share-price appreciation to generate returns on their investments.

The U.K. vote to leave the European Union is a risk factor for the London-based, Isle of Man–registered company, according to the prospectus. The negotiations currently under way could last at least two years and are already creating significant uncertainty about the future relationship between the U.K. and the world’s biggest trading bloc.

“Lack of clarity about future U.K. laws and regulations, including financial laws and regulations, tax and free trade agreements, immigration laws and employment laws, could increase costs, depress economic activity, impair our ability to attract and retain qualified personnel,” says the prospectus. “There is significant uncertainty about our future ability to employ EU nationals.”

Farfetch is both an emerging growth company and a foreign private issuer, both of which have implications for disclosure requirements. The former is a status granted under the U.S. Jumpstart Our Business Startups, or JOBS Act, to companies with revenue of less than $1 billion a year that aimed to help startups get to market faster by dropping certain reporting requirements. As an emerging growth company, Farfetch can present limited financial data in its regulatory filings, and it is not required to comply with the auditor attestation requirements embedded in the Sarbanes-Oxley Act.

As a foreign private issuer, Farfetch will be exempt from some provisions of the Securities Exchange Act of 1934, including sections that regulate the solicitation of proxies, consents or authorizations in respect of a security registered under the Exchange Act; the sections requiring insiders to file public reports of their stock ownership and trading activities and liability for insiders who profit from trades made in a short period; and the rules requiring the filing with the SEC of quarterly reports on Form 10-Q containing unaudited financial and other information.

Apple removes 25,000 apps from its App Store in China