Home » Economy » When it comes to inflation, Australia hopes to remain an island

When it comes to inflation, Australia hopes to remain an island

The Reserve Bank is counting on Australian exceptionalism or, more bluntly, a healthy dose of isolation. The central bank is going to great pains to distance the economy from the faster inflation that’s led policy makers from Wellington to Oslo to raise interest rates, or intimate that hikes are on the way.

Governor Philip Lowe may be the first chief in the RBA’s six-decade history not to preside over a tightening; his term expires in just under two years.

Lowe isn’t content with forecasts of higher inflation; he has stressed the need to actually see it — and observe it, comfortably, in the bank’s target zone of 2 to 3 per cent. In a speech on Tuesday he said he doesn’t see that happening before the end of 2023, a point he has emphasised on a few occasions, but clearly feels the need to underline. 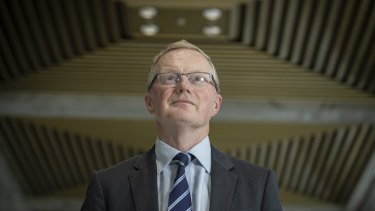 Governor Philip Lowe may be the first chief in the RBA’s six-decade history not to preside over any rate rises.Credit:Louie Douvis

Traders are sceptical: Markets have pushed up the probability of a move next year.

This kind of investor anticipation is a global phenomenon. Almost daily, bets are piled on that central banks will be railroaded into early action by persistently elevated inflation. In many instances, markets have been on the right track. Borrowing costs are climbing in New Zealand, South Korea, Norway, and a swag of emerging markets.

Sometimes the timing has been a little off. The Bank of England, which blinked two weeks ago, is now expected to take the plunge in December. The world may witness “uncomfortably high” inflation for up to three years, UBS Chairman Axel Weber, a former head of Germany’s Bundesbank, said at the Bloomberg New Economy Forum in Singapore on Wednesday. Price increases are getting much more structural, DBS Group Chief Executive Officer Piyush Gupta noted at the same event.

The RBA sees Australia as standing somewhat apart from the inflation drama that has the world captivated.

By Lowe’s reading, there are key differences between these fine economies and the store he is minding. Not only is inflation barely across the starting point of the RBA’s target — consumer prices rose 2.1 per cent in July to September — but wage growth lags other developed economies. Lowe said on Tuesday it needs to be “3-point-something per cent to sustain inflation around the middle of the target band.”

In a sign of just how much inflation dynamics have evolved — and re-evolved, again — in the past few years, Lowe has been a consistent advocate of higher pay rises as a route to lifting inflation. He was practically a member of Team Transitory before it became trendy. At the very least, he was on the case of the missing inflation. (Janet Yellen, a former Federal Reserve boss and current US Treasury Secretary, called shortfalls after the global financial crisis of 2007 to 2009 a “mystery.“)

The governor got some good news on Wednesday. Figures were released showing annual wages picked up 2.2 per cent in the third quarter from a year earlier, well short of Lowe’s threshold. Nor is compensation likely to make huge strides. The re-opening of Australia’s borders will enhance the supply of labour and mitigate any big drive for heftier raises.

“While a rapid labour market rebound is expected following the easing of domestic lockdowns, the reopening of Australia’s international borders is set to drive up labour supply and damp emerging wage pressures,” Bloomberg economist James McIntyre wrote on Wednesday after the pay data.

So the RBA sees Australia as standing somewhat apart from the inflation drama that has the world captivated. Literal and figurative distance from truly dramatic shifts in finance, commerce and diplomacy has been a mixed blessing. For much of the past century, at least, Australia has been happy to be sheltered from disruptive storms, but less enthusiastic about being left behind or without powerful partners. That’s part of the historical context surrounding the recent fracas over whether to get nuclear subs from France or the US and the UK.

In the realm of economics, many Australians were happy to bask in the adulation of its three-decade run without a recession, which COVID-19 put out of its misery. Complacency became rife. The hard reforms of the 1980s and 90s — floating the dollar, dismantling tariffs, opening banks to foreign competition, overhauling the tax system — made the place more competitive, but were not followed with any visionary, new ideas.

Endowed with bountiful commodities, Australia was well-positioned for the boom generated by China’s rapid expansion. That phenomenon has petered out. I never heard Lowe sound complacent during the glory years, but he was one of the few.

The RBA hasn’t ruled out hiking rates before 2023, but nor is it guaranteeing a step will even occur that year.

“It is still plausible that the first increase in the cash rate will not be before 2024,” Lowe said this week.

Being an outlier has served Australia in the past. It might do so again. But the past couple of years suggest not betting the house on it.