Virgin Galactic is close to flying tours to space for $250,000. A ‘Bulls & Bears’ panel, including FOX Business’ Trish Regan, discusses if it’d be worth the cost.

Virgin Galactic is putting the world's first commercial spaceport to use later this month when it launches it's first human test spaceflight from Spaceport America in New Mexico, beginning what the company anticipates will eventually generate $1 billion a year annually.

"A fully utilized Spaceport can create an incredibly powerful economic engine, an engine that will come first to New Mexico, but also an engine that should have great appeal across other locations in the world," Michael Colglazier, Chief Executive Officer of Virgin Galactic, said in a third-quarter earnings call Friday.

Colglazier said each spaceport will eventually be able to fly 400 flights per year, which will "bring thousands and thousands of people to space and deliver our purpose of opening space to change the world for good."

Though the November test flight will be the first from Virgin Galactic's Spaceport from the "Land of Enchantment," the company has sent employees into space from other locations previously.

Though 400 flights per year from Spaceport America is the goal, it will take some time to get there. The test later this month will have just two pilots. After that flight, Virgin Galactic plans on sending a "second rocket-powered flight with a full cabin of mission specialists in addition to our pilots," Colglazier said.

Then sometime next year, the company's founder, Sir Richard Branson, will fly to space on what will be a "momentous occasion."

Aside from the testing schedule, Colgazier also noted Friday that the company will need "several motherships" and "lots and lots of rocket motors" to get to that 400 spaceflights per year.

While routine trips to the stars may still be in the future, albeit the near future, Virgin Galactic has already sold 600 tickets to people from 60 different countries at a cost of roughly $250,000 a pop. 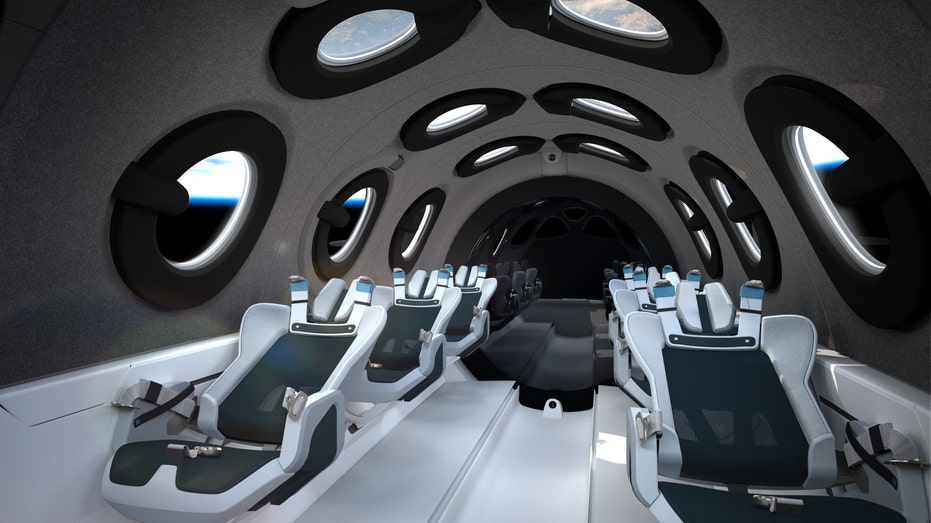 HOW MUCH DOES IT COST TO LEAVE EARTH?

The company also recently unveiled the cabin of the spaceship that those first citizen astronauts will view the earth from.

While launch rockets burn through fuel, that may not compare to Virgin Galactic's current cash burn. The enterprising company was zapped with a net loss of $77 million in the third quarter and $63 million in the second quarter. Colglazier foresees that changing soon.

"I'm excited about our strategy to monetize and scale this business," he said Friday. "After 15 years of development and testing, we are at the cusp of achieving technological feasibility and this marks an inflection point in the company's journey."