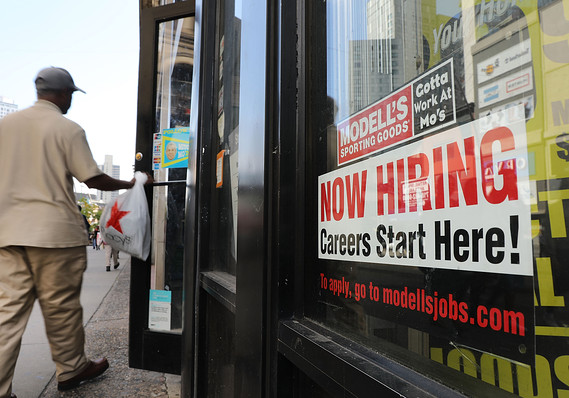 The numbers: The rapidly growing economy generated a robust 250,000 new jobs in October, keeping the unemployment rate at a 48-year low and pushing the increase in worker pay to the highest level in more than nine years.

Economists polled by MarketWatch had forecast a 208,000 increase in new nonfarm jobs.

Yet another strong month of hiring kept the unemployment rate at 3.7%, the lowest rate since 1969.

The creation of more than 20 million jobs since 2010 and the plunging unemployment rate are also delivering higher take-home pay for workers. The amount of money the average employee earns rose 0.2% last month to $27.30 an hour, the government said Friday. 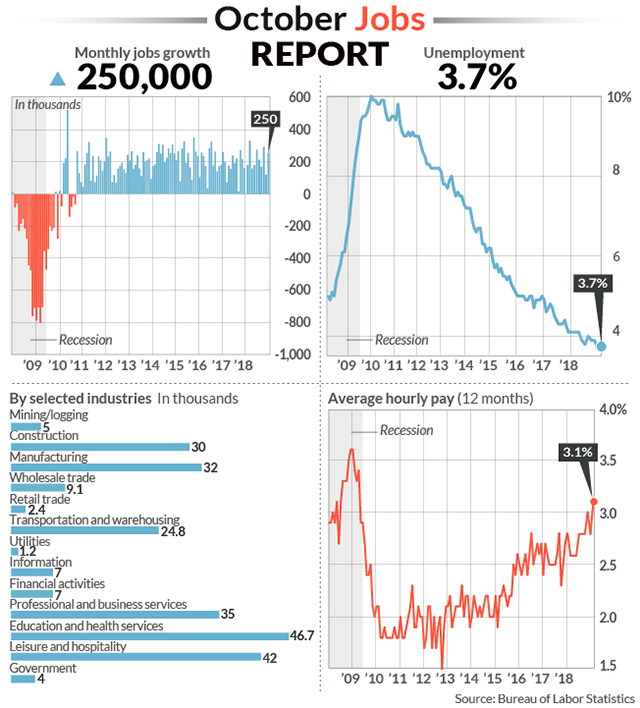 What happened: The increase in hiring last month was broad based — not a single major industry shed jobs.

Retailers and financial companies only added a smattering of jobs, however.

Employment gains for September and August basically unchanged. The U.S. has added an average of 213,000 jobs a month through the first 10 months of 2018, well above the 182,000 pace during the same period last year.

Big picture: The strongest labor market in decades is powering a U.S. economy that’s likely to set a record for the longest expansion ever by next year. Steady work and rising incomes are giving households the purchasing power to keep the good times going.

The surge in hiring, however, does have a downside.

A shrinking pool of available labor made worse by an influx of retiring baby boomers is forcing companies to pay higher wages and benefits, for one thing.

These and other shortages could push inflation even higher, cap stock-market gains and goad the Federal Reserve into raising interest rates enough to slow the economy.

Such worries lay in the future, however. For now there’s little about the economy about which to complain.

What they are saying?: “As has been the case for a while now, there really aren’t any holes to poke in these numbers,” said Thomas Simons, senior money market economist at Jefferies LLC.

Market reaction: The Dow Jones Industrial Average DJIA, +0.71% and the S&P 500 SPX, +0.52% rallied on Thursday for the third straight gain, partly recovering from an October slump that pulled prices well below a recent record high.

Stocks were also set to open sharply higher on Friday after the jobs report came out.

Americans are feeling better about the economy under Trump