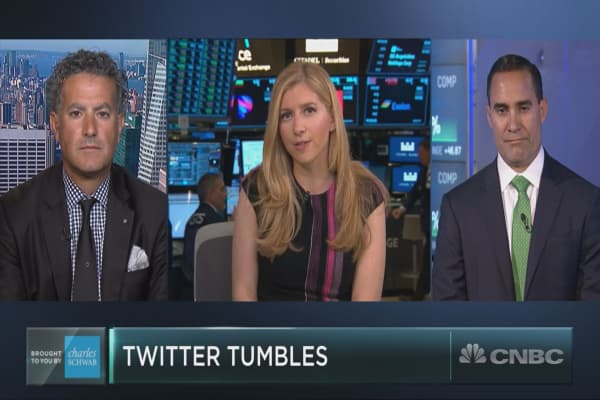 Twitter just had its worst day in more than three months on worries over rampant fake accounts.

To investors worried the sky is falling, one chart watcher says these kinds of moves are nothing to sweat.

“This is obviously a substantial decline. … Obviously alarming but at the same time not that rare,” Frank Cappelleri, senior equity trader at Instinet, told CNBC’s “Trading Nation” on Monday.

Twitter shares moved lower by as much as 12 percent as recently as late March when the tech industry was still in the grips of a sell-off over data privacy. Since going public in November 2013, Twitter shares have fallen by more than 8 percent 19 times. 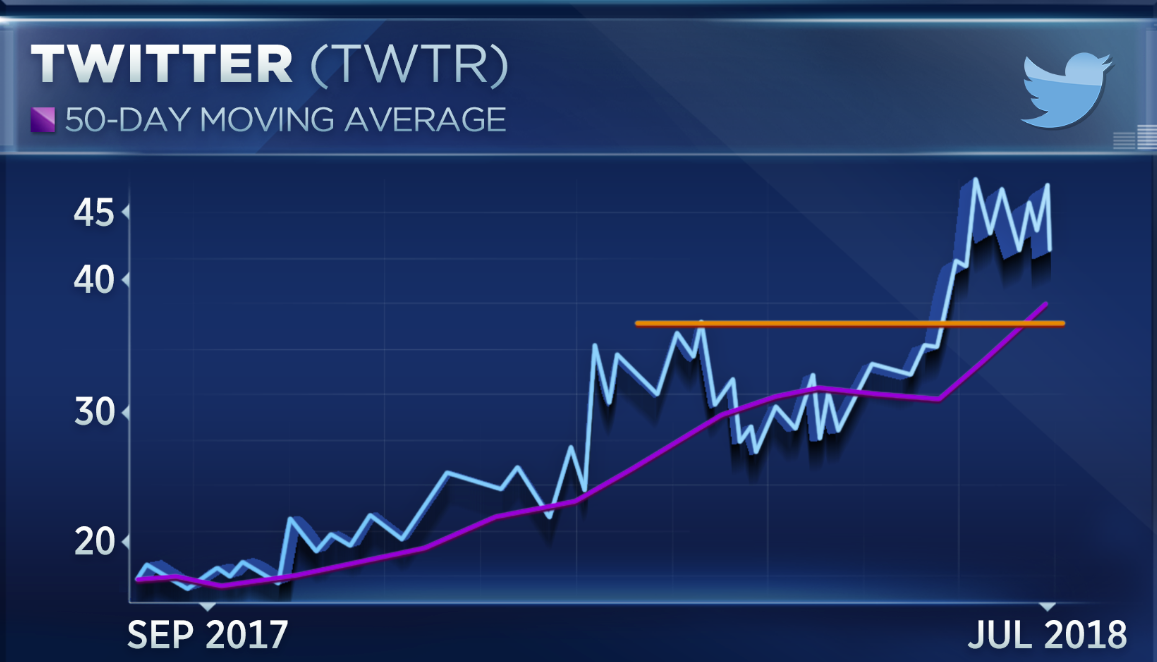 Twitter had dropped by nearly 10 percent at its session lows on Monday on reports it had suspended as many as 70 million fake accounts in May and June. It pared those losses on assurances from its chief financial officer and ended the session close to 6 percent lower. Its drop takes it back to levels seen in mid-June, a period that marked a new 52-week high.

Monday’s pullback could be an opportunity to dive in, Cappelleri says.

“I don’t know if we have to rally immediately but any time we see Twitter maybe pause near current levels and its breakout point [in June] you can come higher,” he added. “The SOCL, this social media ETF, Twitter is actually the biggest component of it and it’s just starting to outperform which I still think could be the beginning stages of doing so.” 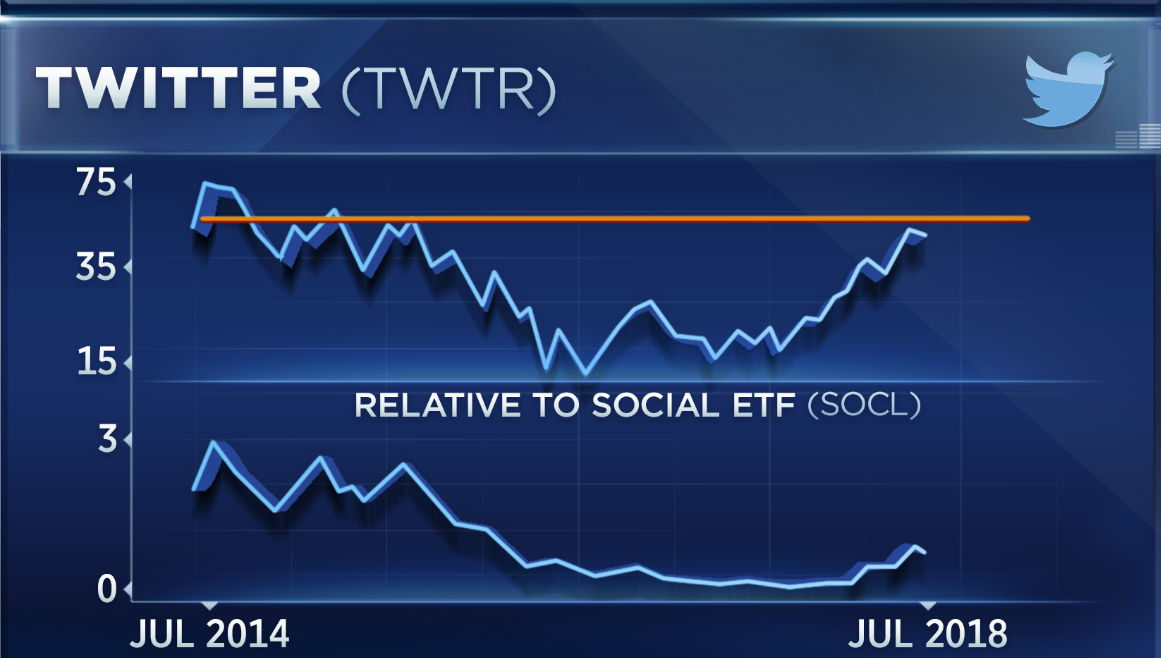 Twitter is up 83 percent for the year, while the SOCL social media ETF has added 11 percent.

“We look at it as a light breather,” Bapis said on Monday’s “Trading Nation.” “We think going forward you still use the verb ‘tweet’ and until somebody changes that we’re cautiously optimistic on the company.”

Twitter remains the best performer in the technology sector year to date. It has surged 145 percent over the past 12 months.

Not a Scientific Survey. Results may not total 100% due to rounding.