Trump’s actions ‘beyond the stage’ of Clinton impeachment, senator says 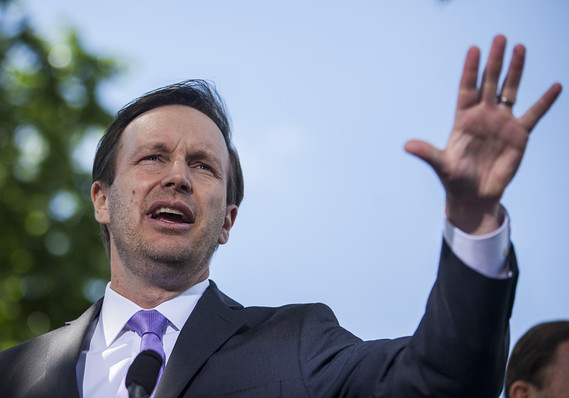 Findings from Special Counsel Robert Mueller’s probe indicate that President Donald Trump’s actions have gone beyond what led to the impeachment of former President Bill Clinton, according to Sen. Chris Murphy.

Speaking on ABC’s “This Week,” the Connecticut Democrat was responding to the most recent revelations from Mueller’s investigation — including prosecutors saying that former Trump campaign chairman Paul Manafort lied about his contacts with a Russian associate and Trump administration officials.

Murphy, a frequent Trump critic, also said that Trump had entered the same territory that led to President Richard Nixon resigning from office. “Was certainly a different set of facts, but this investigation is now starting to put the president in serious legal crosshairs and he should be worried and the whole country should be worried,” Murphy said on the Sunday program.

At least one analyst, Greg Valliere of Horizon Investments, sees increased odds for Trump’s being impeached by the House of Representatives. But while he sees impeachment chances up to 55%, he doesn’t reckon the Senate will follow through with conviction.

“It’s still VERY unlikely that there could be 67 votes in the Senate to convict him,” wrote Valliere, the firm’s chief global strategist, in a note on Monday.

Clinton was impeached by the House, and the Senate later acquitted him on charges of perjury and obstruction of justice.

Opinion: Trump’s coup d’etat to protect himself from Mueller should worry investors and businesses.

It's getting real: World economy feels the bite from Trump's trade war

Trump goes after the Fed again: ‘I should be given some help’

'The single worst trade deal ever made': Trump threatens to remove US from WTO