Home » Economy » Trump Today: President agrees to pursue infrastructure with Democrats as he leans on Fed to cut interest rates

Trump Today: President agrees to pursue infrastructure with Democrats as he leans on Fed to cut interest rates 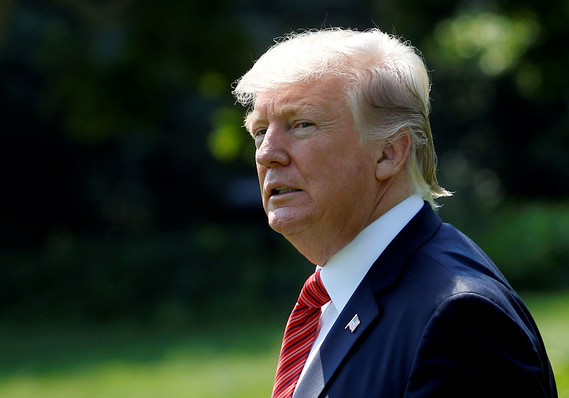 President Donald Trump agreed Tuesday with top Democrats to move forward on an infrastructure plan as he pressed the Federal Reserve to cut interest rates as the central bank opened its two-day policy meeting.

Trump had what White House press secretary Sarah Sanders said was an “excellent and productive” meeting with Democrats on rebuilding roads and bridges and expanding broadband access. She said Trump and Democratic leaders agreed to meet again in three weeks to discuss financing.

Senate Minority Leader Chuck Schumer said the group agreed on a $2 trillion package, but that how to pay for it was still outstanding. Financing could become a major sticking point if Democrats insist on Trump rolling back his tax cuts.

Trump’s meeting with Schumer, House Speaker Nancy Pelosi and other Democrats was notable for its apparent lack of rancor as Democrats investigate Trump following special counsel Robert Mueller’s report. Sanders also said Trump and Democrats agreed to a meeting “in the near future” to discuss prescription drug prices.

With many economists expecting the Fed to hold rates steady for an extended period, Trump took to Twitter to jawbone the central bank, which he has turned into a frequent target.

“Our Federal Reserve has incessantly lifted interest rates, even though inflation is very low, and instituted a very big dose of quantitative tightening. We have the potential to go up like a rocket if we did some lowering of rates, like one point, and some quantitative easing,” Trump said in a pair of tweets.

It was Trump’s latest attack on the Fed’s policies, and comes also amid growing unease about Stephen Moore, his pick for a seat on the Fed’s board. Moore has faced negative headlines over back taxes and his writings that critics said denigrated women. White House counselor Kellyanne Conway said Tuesday morning Trump is standing behind Moore.

“The United States stands with the People of Venezuela and their Freedom!” he said. John Bolton, Trump’s national security adviser, later said the U.S. wanted to see a peaceful transition but said all options remained on the table when asked if the U.S. was prepared to use the military to support Guaido.

Sign up for Trump Today and other MarketWatch newsletters.

Receive these updates via email. Sign up to get our daily summary of "Everything President Trump did today." Sign up here.