Home » Economy » Sky is clear for sunny U.S. economy, but clouds are forming

Sky is clear for sunny U.S. economy, but clouds are forming 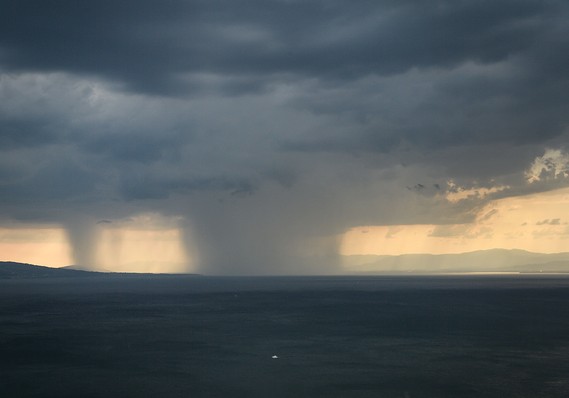 It’s just when the sun is shining with not a cloud overhead that one should look for storm fronts moving in.

So it is with the U.S. economy. By most measures the economy is as strong now as it has been in decades. Hiring is strong, unemployment is low, households and business are confident and stocks are rising again.

But that’s no reason for anyone minding their money to let down their guard.

Consider the brief slump in stocks last week on worries that a financial crisis in Turkey could spread beyond its borders. The alarm faded quickly, but it underscored why investors have to be on their toes, especially those getting closer to retirement. The economy is not so stable that it can shrug off a throng of potential threats in the months ahead.

The grand-daddy of them all, of course, is the prospect of a major conflagration over trade. Wall Street breathed a sigh of relief last week, however, when China said it would reopen talks with the U.S. and reports emerged of a potential deal with Mexico.

Although economists warn a full-blown trade war could sabotage U.S. growth, a slate of White House tariffs and retaliatory measures by other countries may have actually contributed to a pause in rising inflation.

The value of the dollar DXY, -0.48%  has climbed sharply after tit-for-tat tariffs, for instance, making imports less expensive. And most companies here and abroad have tried to keep a lid on prices increases so they won’t lose market share.

“There is a growing body of evidence that the trade-war [and] tariff-tango has temporarily put downward pressure on inflation but done little harm to the U.S. economy,” said Ward McCarthy, chief financial economist at Jefferies LLC.

Of more immediate concern is the fragile state of the Turkish economy that’s suffering anew from fresh Trump administration sanctions in a dispute over the arrest of an American pastor. Briefly the fear of a Turkish meltdown spreading to Europe cause stocks DJIA, +0.43%  in the U.S. to decline.

Crisis in emerging markets like Turkey rarely bother the titanic U.S. economy, but there have been a few episodes such as the “Asian contagion” in 1997 and a Russian default in 1998 when the danger become global.

“It could develop into another important headwind for the U.S. and global economy in 2019,” said chief economist Scott Anderson of Bank of the West.

The Federal Reserve is not normally viewed as a threat, but the central bank is raising the cost of borrowing in the U.S. by lifting interest rates. Europe and Japan may also tighten monetary policy. Minutes of the Aug. 1-ending meeting are due for release Wednesday.

If the Fed moves either too fast or too slow, the results could be painful for the economy. Already, higher rates appear to have dampened home sales and construction. Existing home sales data is due for release Wednesday.

In what’s likely to be a closely watched speech, Fed Chairman Jerome Powell is expected to lay out his current views on the U.S. economy — and point to any storm clouds moving in.