Home » Economy » Should Biden reappoint Jerome Powell? It depends on his theory of change

Should Biden reappoint Jerome Powell? It depends on his theory of change

President Joe Biden is facing a big decision and deep divides among his allies. Should he reappoint Jerome Powell to lead the Federal Reserve when Powell’s term ends early next year, or select a replacement who is more fully aligned with the Democratic policy agenda?

Pro-Powell forces argue that he has proved exceptionally committed to generating a robust job market that will lead to better conditions for American workers. Those who argue against reappointment say that he has been too soft a regulator of banks and other financial institutions, and that he is insufficiently committed to using the Fed’s powers to combat climate change. 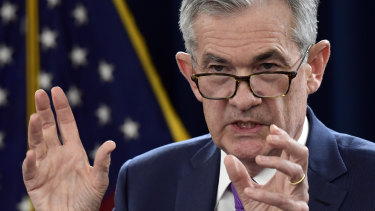 But there is a more fundamental question for Biden: What is his theory of how change happens?

One theory of change is that, when a party wins the presidency and the Senate (however narrowly), it should put in place appointees who are fully fledged adherents of its agenda. These appointees will then push that agenda with every possible tool at their disposal. If they make lots of enemies, or see their more aggressive actions struck down by courts — or generally emerge as polarising forces — so be it.

If Biden were to take this approach, he might seek a firebrand for the top job at the Fed, betting that the nominee could both secure confirmation in a closely balanced Senate and steer the nation’s central bank toward a more activist stance on a range of liberal priorities. 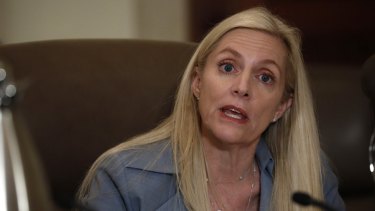 Fed governor Lael Brainard is one of the possible candidates to replace Jerome Powell.Credit:Bloomberg

A reappointment of Powell would follow the opposite theory of change. In this version, there is great value in appointees who have the biography and political skill to make urgent policy changes seem sensible and reasonable, not scary. This strategy, the logic goes, will make more aggressive policy action achievable. And it could also make it more durable in the face of court challenges and changes in the control of government.

Another leading candidate for the job, Lael Brainard, 59, would essentially split the difference between those approaches. She has been a Fed governor for the past seven years, collaborating closely with Powell and other top leaders of the central bank.

She is hardly a firebrand; her speeches are carefully crafted and her positions are well within the economics mainstream. But she is a Democrat who donated to Hillary Clinton’s presidential campaign in 2016 and who dissented on numerous actions to loosen bank regulations championed by Trump appointees. She has also expressed public alarm about the economic implications of climate change.

It is a distinctly different background and persona from Powell, a 68-year-old Princeton graduate who worked as a Wall Street dealmaker and private equity executive. He served in the George H.W. Bush administration, and was appointed to lead the central bank by President Donald Trump.

He has also become, in recent years, a full-fledged convert to the religion of full employment. This is the view that the Fed should allow the economy to run hot enough that opportunity opens to people across American society, including historically marginalized groups.

This view is more commonly embraced on the political left. But Powell came to it over the second half of the 2010s, as the labor market improved to levels far beyond what the Fed’s own economic models had envisioned without spurring unwelcome inflation.

His stewardship of the Fed is, in that sense, the 21st-century American embodiment of the concept of “Tory men, Whig measures.”

The phrase, from a 19th-century novel by Benjamin Disraeli, who would go on to become British prime minister, refers to a government in which hardheaded conservatives (the Tories) nevertheless carry out ideas that originated in left-of-centre (Whig) circles, aimed at improving life for the masses.

What would that mean if Powell were to be appointed to a second term as Fed chair starting in early 2022?

‘It’s somewhat fortuitous for Biden that if he wants to reappoint Powell he can do it under the guise of restoring the independence of the Fed even though Powell thoroughly fits his views on monetary policy.’

It would mean that the major rethinking of the Fed’s approach to the labour market would continue to be led by a registered Republican whom 84 senators voted to confirm in 2018. Brainard was confirmed with 61 votes in 2014, including 11 Republicans.

Part of the case for reappointing Powell is that his mere presence — his credibility on both sides of the aisle in Congress and on Wall Street — would be an asset to the administration’s broader economic project at a time of surging inflation and bubbly financial markets. The fact that he is not a Biden ally, or a Democrat at all, becomes a feature rather than a bug.

“Part of the Biden mantra has been to restore civility and downplay partisan tensions,” said Sarah Binder, a George Washington University professor who has written extensively on the Fed’s place in American politics. “It’s somewhat fortuitous for Biden that if he wants to reappoint Powell he can do it under the guise of restoring the independence of the Fed even though Powell thoroughly fits his views on monetary policy.”

In the 1930s, Franklin Delano Roosevelt turned not to any of the bright New Deal economists who were advising him on policy, but to a Utah banker named Marriner S. Eccles.

Eccles embraced deficit spending and loose monetary policy to help propel the nation out of the Great Depression but presented himself as merely a pragmatic businessman recommending a sensible course. He distanced himself from the more academic intellectuals tied to the administration.

“Eccles served a very important purpose for the Roosevelt administration because he was a millionaire who espoused policies that were friendly to what Roosevelt wanted to do,” said Eric Rauchway, a historian at the University of California, Davis, and author of “Why the New Deal Matters.”

In public appearances, Eccles emphasised that he arrived at his views not by reading John Maynard Keynes or other influential intellectuals of the era, but by working through things on his own. And while Eccles was closely aligned with the Roosevelt inner circle on macroeconomic management, he was more wary of other administration policies that involved expansive government control of the economy. And that, Rauchway said, was why he was placed at the Fed instead of the White House or Treasury.

Biden is weighing a decision that will shape the economic backdrop of the remainder of his term. The question is whether the political logic that led Roosevelt to Eccles — and that led several other presidents to reappoint central bankers from the opposite party — applies in a world of high polarisation and exceptionally high stakes.