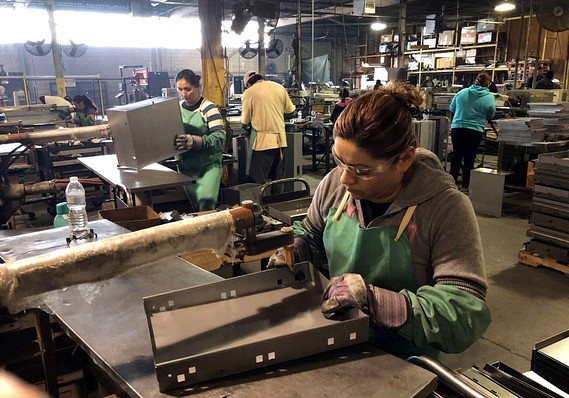 Businesses have complained loudly for months about a shortage of workers to fill record job openings, but more and more firms are finally doing something about it.

The labor market is extremely “tight,” a word used to describe a situation in which most people who want jobs have one and there’s hardly anyone left to hire.

It’s gotten that way mainly because of a nine-year-old economy expansion that’s generated millions of new jobs. The labor shortage has been exacerbated by a mass exodus of retiring baby boomers and arguably even tougher immigrations restrictions. The result is a 4% unemployment rate that is the lowest in 18 years.

It’s a big headache for businesses, though. Not only do they have pay higher labor costs, they can’t find enough talent to raise production to meet growing demand. Some companies even have to reject new orders because they cannot fill them.

Increasing overtime and converting part-time workers to full time are just some of the steps firms have taken to attack the problem. Yet the labor shortage has finally gotten bad enough that companies are getting creative in figuring out how to find the workers of the future.

A major utility company in Northeast, for instance, is spending more on vocational training and establishing ties to local schools and colleges to make it easier to fill job openings, the New York Federal Reserve said in the latest Beige Book report.

Many firms with an aging workforce in industries such as utilities have taken the same tact in what is basically an updated, 21st century form of apprenticeship.

The same sort of thing is going on in the South, the fastest growing region of the country. An employee-staffing firm in the Dallas region, for example, joined with a manufacturer to offer a paid six-week welding course. Those who completed the course would get a full-time job.

Other companies are turning to automation.

The Cleveland Fed said one commercial real-estate builder invested in drones to conduct land surveys because of an engineering shortage. Firms are also updating their current technologies or adopting new ones to boost production and keeping labor costs down.

Even if companies gravitate to automation, they still need more skilled workers. Hardly any companies or industries are cutting overall employment for fear they won’t find suitable replacements.

Even in a rip-roaring economy, of course, there are always some people without jobs who could be drawn back into the workforce if companies are willing to hire them or offer enough money.

Some companies lowered their usual standard for hiring, the St. Louis Fed said of the region it covers. In many parts of the country, former felons were no longer being rejected out of hand.

When all else fails, companies offer just desserts. The Atlanta Fed said many firms were “using benefits, bonuses, incentives, and other forms of compensation” to lure workers.

Even then, companies continued to be mindful of labor costs. Some of the extra compensation, the Atlanta Fed noted, “are temporary or can be withdrawn if necessary.”

The labor market is so tight that not even better pay — or anything else for that matter — can solve the problems of every company.

One resort in Virginia did not open its pools when it couldn’t find enough lifeguards, and a hotel-reservation center in South Carolina was forced to close.

'What are we doing?!': Senator furious on floor over elementary school shooting