The one-million member Hostplus industry fund has produced the best return of all "MySuper" balanced investment options for the last financial year, of 12.5 per cent.

Figures released by SuperRatings on Thursday show all of the top-20 performers for the year are not-for-profit funds – either industry funds, public sector funds or corporate funds.

Hostplus is not only the best performer for the year to June 30, but also the tops the tables over three, five, seven and 15 years.

AustSafe Super, the industry fund for for rural and regional Australia, comes second with 11.4  per cent.

That is followed by Australia's largest fund, the two-million member-plus AustralianSuper with its balanced option, where more than 90 per cent of its members have their savings, returning 11.1 per cent.

Chant West, a competitor to SuperRatings, also has Hostplus and AustSafe Super in first and second, but has Statewide Super in third with 11.3 per cent, followed by AustralianSuper.

Both SuperRatings and Chant West have the median return for MySuper balanced funds at 9.2 per cent for the year to June 30.

Unisuper is ranked number one over 10 years in the SuperRatings rankings, with an average annual compound return of 7.6 per cent. Equal second is CareSuper Balanced and Equip MyFuture Balanced Growth at 7.5 per cent. Sharing third spot over 10 years is Rest Core Strategy and Hostplus Balanced at 7.4 per cent.

Lachlan Murrell has been a member of Hostplus since he started in the hospitality industry 10 years ago as an employee.

The 31-year-old is now the part-owner of two cafes in Melbourne's CBD. 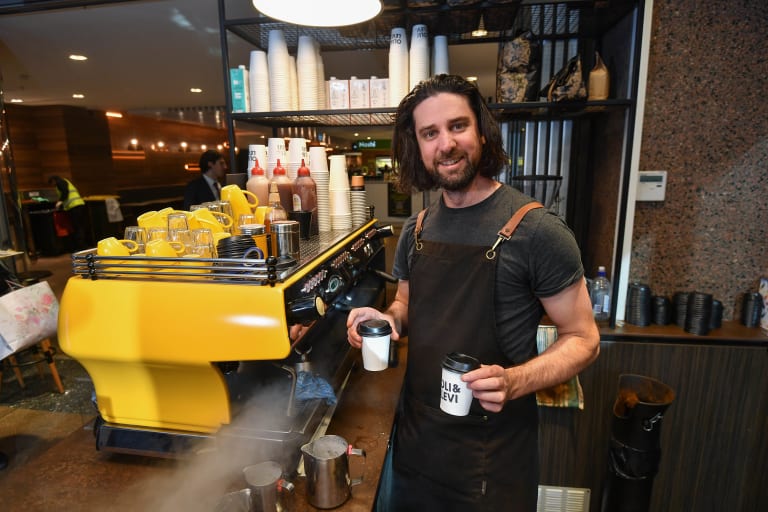 "It's a tough business, especially in Melbourne, where it is quite a saturated market," Mr  Murrell said. "You have to make sure you know what you are doing and do it very well," he said.

"Hospitality is not the highest-paying job in the world and it's good to know that your investments are getting the best returns possible."

He likes the "working-for-members" ethos of industry funds and, given the revelations before the Royal Commission into banking and financial services, he's even happier to be with Hostplus.

David Elia, the chief executive of Hostplus, said fund has "not tinkered" too much with its investment "asset allocation" –  the relative weighting to the different investment classes. 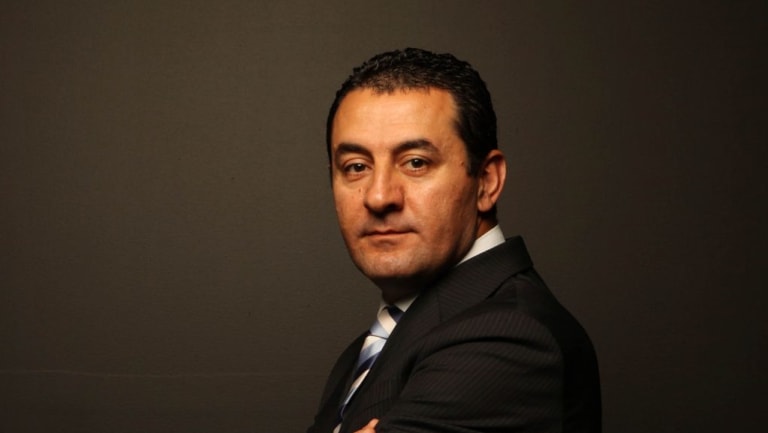 "That makes sense when you think about the growth of the superannuation sector; you simply cannot keep pumping money into Australian-listed equities when [most of] the opportunities are global," Mr Elia said.

The fund tends to be "fully invested", meaning most of the money is in investments expected to deliver capital gains as opposed to defensive assets like cash and fixed interest.

"Why would you be in fixed interest when it's not yielding [much]," he said.

You simply cannot keep pumping money into Australian-listed equities when the opportunities are global.

He said the fund's long-term investment in unlisted infrastructure and property continues to deliver strong returns.

"This year’s 9.2 per cent is better than most experts, including ourselves, expected a year ago."

He said it is well ahead of the typical long-term return objective of most funds of inflation plus 3.5 percentage points. With inflation running at about 2 per cent, that translates to a target of about 5.5 per cent.

Mr Mohankumar said sharemarkets have been remarkably resilient despite fears about a potential US-China trade war, political tension between North Korea and the US and continuing uncertainty about the pace and timing of interest rate increases.

The typical balanced fund, where most people have their retirement savings, has at least half of its money in Australian and overseas shares.

The total returns (share price changes plus dividends) of international shares was 10.8 per for the financial year in Australia-dollar terms and 15.4 per cent in foreign currency terms.

Australian shares produced a total return of 13.2 percent for the financial year.

“While shares are still the main drivers of performance, major super funds are well diversified across a wide range of other sectors including unlisted assets," Mr Mohankumar said.

He said the better-performing funds over the financial year are those with
higher allocations to listed shares and to unlisted assets – property, infrastructure and private equity.

A lower exposure to traditional bonds and cash also greatly helped, given they were the worst-performing sectors, he said.