PM May seeks support as others draw Brexit battle lines

LONDON (Reuters) – Prime Minister Theresa May appealed to wavering British voters on Sunday ahead of a defining few months in which she hopes to secure a Brexit deal and face down opponents who say her EU exit plan is too hard, too soft, or just plain wrong. 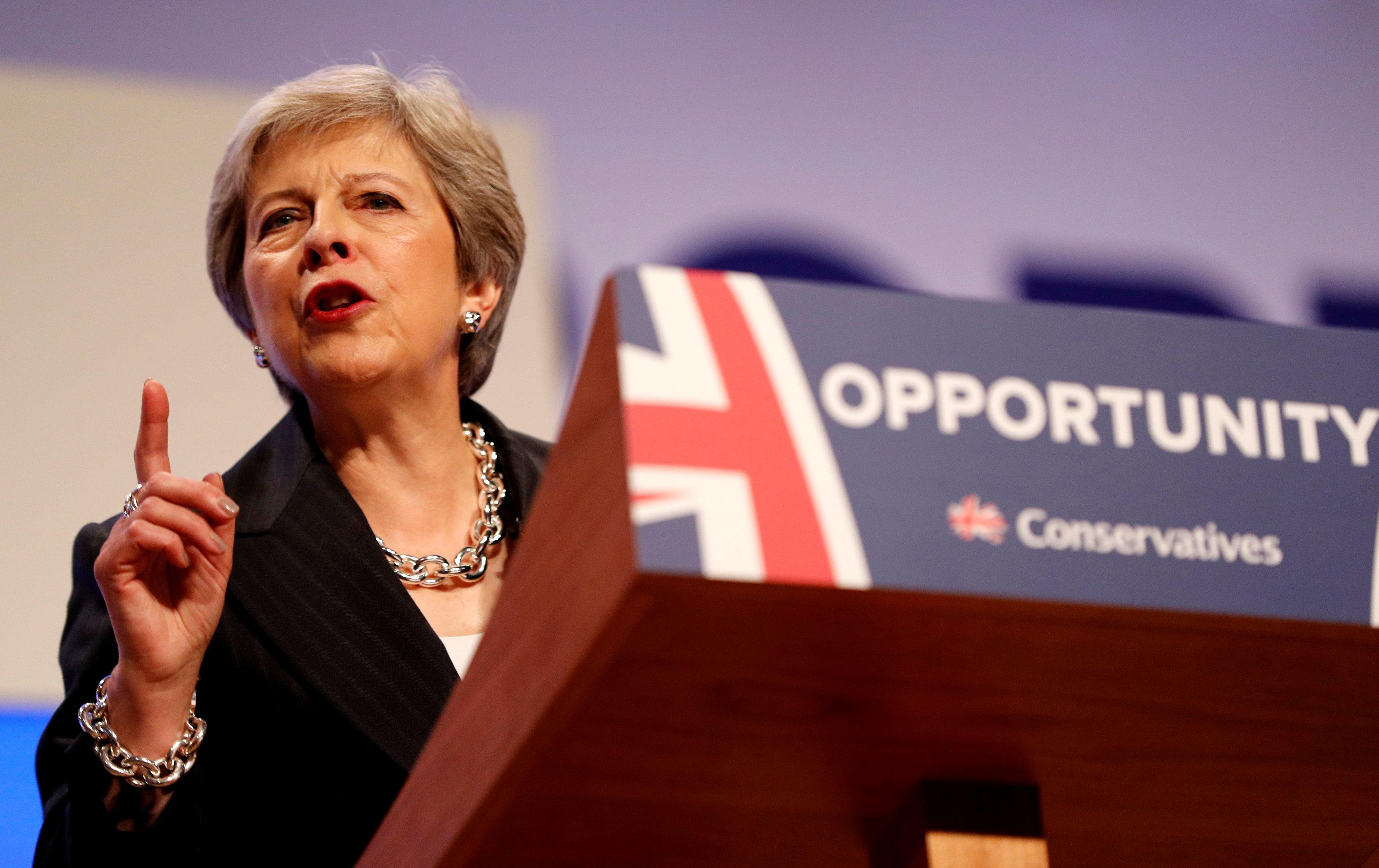 May, tasked with delivering Britain’s exit from the European Union after a 2016 referendum which continues to divide the country, must find a way through deadlocked talks in Brussels and then convince a sceptical parliament to back the outcome.

On Sunday she launched an unusual plea for the backing of centre-ground voters who had previously backed the Labour Party but felt alienated by a shift to the left under current Labour leader Jeremy Corbyn.

“I want voters who may previously have thought of themselves as Labour supporters to look at my government afresh. They will find a decent, moderate and patriotic programme that is worthy of their support,” May wrote in an article for the Observer newspaper.

Hot off the heels of a speech at her annual conference which polls showed was well received, May sought to reinforce her message that the end of over eight years of austerity was in sight, and that she was capable of delivering reform beyond Brexit.

Labour called her message on austerity a con and said she was making “desperate pleas in an attempt to revive her failing administration”.

It looks increasingly likely May will have to rely on the support of so-called ‘moderate’ Labour lawmakers to win parliamentary approval for whatever Brexit deal she is able to strike with the EU.

On Sunday, Scottish National Party leader Nicola Sturgeon said her 35 lawmakers would likely vote against the deal, and could instead support a second public vote on the terms of Britain’s EU exit.

Labour’s left-wing leadership have promised to vote against May’s deal unless it meets their tests – which it currently is unlikely to do.

The 10 votes of the Northern Irish Democratic Unionist Party which May relies on to prop up her minority government are also in doubt, depending on what kind of compromise May has to strike in Brussels to resolve issues over the Irish border.

Critics within May’s own party, among them former foreign minister Boris Johnson, want her to ditch the current Brexit plan. However the Sunday Telegraph reported that a sizeable eurosceptic faction could be willing to drop some of their objections to secure a deal.

If May fails to win a vote in parliament, Britain faces an unmanaged exit from the bloc, which businesses and economists fear could badly damage the economy.

The outgoing chief executive of insurance market Lloyd’s of London, Inga Beale, said her firm is accelerating Brexit contingency plans to transfer contracts to a Brussels subsidiary as she feel Britain is getting closer to leaving the EU without a deal.

But Irish foreign minister Simon Coveney said the possible negative consequences for Britain, Ireland and other EU countries meant he thought the chances of securing a deal with the EU were “good”.

PM May seeks support as others draw Brexit battle lines