In the past fortnight, Australia's two biggest banks quietly inflicted a much bigger hit on savings account interest rates than they would dare make to mortgage rates.

It received little attention in the media, but the Commonwealth Bank and Westpac slashed  0.3 percentage points off  "base" rates for online saver accounts to a miserable 0.5 per cent. Similar cuts have occurred at rival big four banks in the past year, even though official interest rates have not budged. 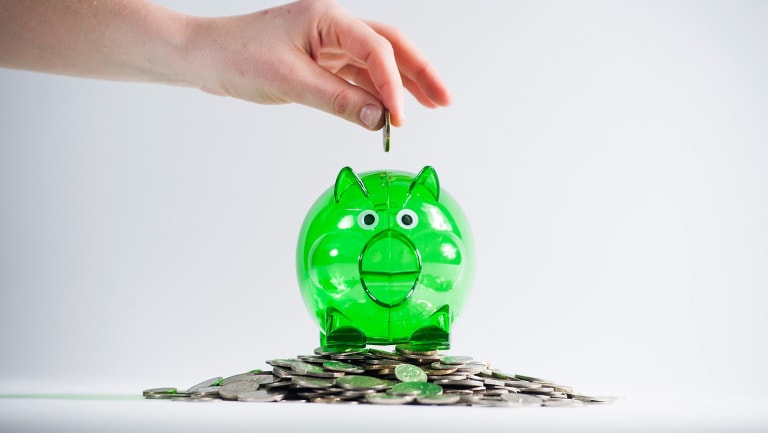 All of the major banks have cut interest rates for “at-call” savings accounts in the past year.

Confusingly, however, a growing number of smaller banks are starting to pay more for term deposits. The industry is also grumbling about the increase in funding costs – a trend that generally pushes deposit rates up, now down.

So what gives? Why are term deposits finally rising, but other "at call" deposits moving in the other direction? And what can savers do about it?

The basic answer is that banks will generally pay better rates to people who are willing to lock their money up in a term deposit, or meet various terms and conditions such as making regular deposits, through a "bonus" saver account. But the days of high-interest online saver account that allows you to get a decent return – without  meeting criteria to get "bonus" interest – are over.

This deterioration in savings rates is not immediately obvious if you only look at the "headline" rates promoted in advertisements, so getting a better deal is likely to require looking at the detail.

Both Westpac and CBA have this month cut their "base" rates by 0.3 percentage points, while also lifting "introductory" rates, which are typically offered for a few months.

Higher introductory or "teaser" rates allow the banks to advertise "headlines" rate of about 2.5 per cent, which it at least ahead of inflation. But the more meaningful number is the "base" rate – what's paid after the introductory period ends. The big four's base rates are truly miserable at between 0.5 and 0.8 per cent.

Deposit rates have been cut to such low partly to bolster bank profit margins, which are being squeezed, without the negative publicity that comes with raising borrowing rates.

Fiddling with "introductory" rates is also a way for banks to plug their higher "headline" rates in advertising, even though most existing customers will gett much less than this, because most of us are passive in this market, and don't often change accounts.

But there are also deeper reasons, such as rules from 2015, have foced banks to put a higher priority on more stable deposits, which can't be withdrawn on a whim.

And that takes us to the other big change happening in the deposit market recently: term deposit rates are rising, because banks are competing more fiercely for this type of funding.

Why do banks like term deposits in particular? Because the money can't suddenly be withdrawn. Indeed, in the last few years banks have introduced rules that mean it's no longer possible to "break" a term deposit without giving 30 days notice.

But what can you do to get a decent rate if you don't want to lock it up in a term deposit?

One option is to use a "bonus" savings account – which will pay a higher rate of interest if customers meet criteria such as making no withdrawals in a month, and making a minimum deposit.

If you're not going to meet those conditions, and you don't want to open term deposit, it may make sense to look at which banks have the highest "base" rates (those that Westpac and CBA this month cut to 0.5 per cent.)

ANZ Bank's base rate for this product is also 0.5 per cent, while National Australia Bank's is 0.8 per cent.

"Unless you can meet the conditions that are imposed on the ongoing bonus accounts, where you might have to deposit money every month and make no withdrawals, it might be better to look for an account where you are going to get a decent rate all the time," he says.