NEW YORK (Reuters) – Oil prices rose in cautious trade on Tuesday as expectations of higher U.S. shale output and inventories vied with worries that crude supply from the Middle East could be disrupted by looming U.S. sanctions on Iran and growing tensions with top producer Saudi Arabia. 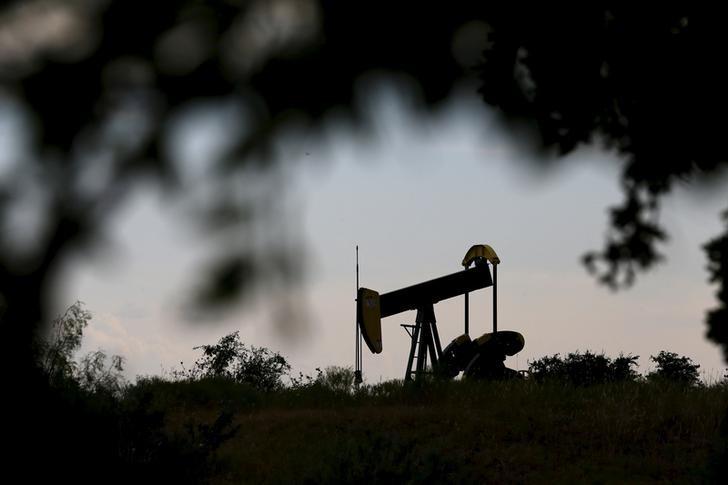 “The focus within the oil trade during the next couple of weeks is likely to be on Iran and Saudi Arabia,” Jim Ritterbusch, president of Ritterbusch and Associates, said in a note.

“We don’t expect the Kingdom to be as accommodative to the White House requests for stronger production,” he said, adding that the Saudis could cut as much as 500,000 barrels per day of production “as a warning shot should the U.S. opt to impose any type of sanction in response to the Khashoggi developments.”

Market participants also said U.S. crude prices were being pressured by recent stock builds at Cushing, Oklahoma, the delivery point for WTI, where inventories have risen for three straight weeks.

Overall, analysts forecast that U.S. crude stockpiles rose last week for the fourth straight week, by about 2.2 million barrels, according to a Reuters poll ahead of weekly inventory reports.

“The weakening crude spreads almost globally in the face of Iran sanctions is likely generating some concern on how strong market really is and if it’s ready to rally more,” said Scott Shelton, energy futures broker with ICAP in Durham, North Carolina.

“We think that one of the major factors that is leading to a scaling back of long positions is a reappraisal of short-term fundamentals by investors,” Standard Chartered analysts said in a note.

Any supply deficit in the fourth quarter was unlikely to be large enough to do more than support prices, they said.

The Russian government is no longer capping oil output increases by local producers, one of the country’s top energy companies Gazprom Neft said on Tuesday.

Still, reports that Iranian exports of crude oil may be falling faster than expected ahead of new U.S. sanctions on Tehran from Nov. 4 lent support.