Home » Economy » Next year could be challenging for investors, but not all hope is lost

Next year could be challenging for investors, but not all hope is lost

While Australia’s economic and financial outlook faces a number of challenges in the coming year, there might be some bright spots if you know where to look.

The good news is that inflation should moderate next year. The COVID-driven demand for goods is unwinding, and we may once again see falling prices for cars, clothes, furniture, and consumer electronics. 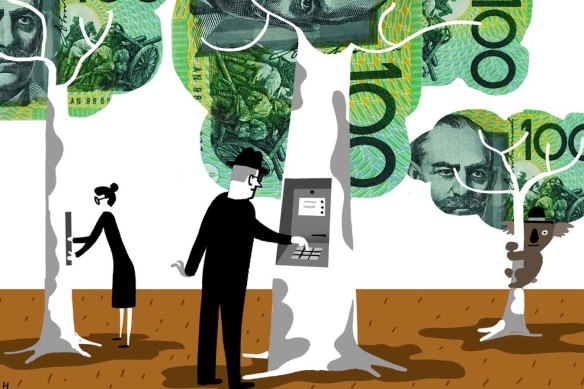 While Australia’s economic and financial outlook faces a number of challenges in the coming year, there might be some bright spots if you know where to look.Credit:Simon Letch

In Australia at least, wage growth also remains fairly low, suggesting inflation in a range of services should also not get a lot worse. Annual underlying inflation could drop from just over 6 per cent to be back within the Reserve Bank of Australia’s 2 to 3 per cent target band by next Christmas.

Importantly, Australia likely does not need a recession to contain inflation. Were it up to the RBA, it would likely be content with a relatively soft landing for our economy in 2023 – containing the year-ahead rise in the unemployment rate to not much more than 4 per cent, from 3.4 per cent today.

The bad news, however, is global economic conditions are less supportive. Due to high wage growth, the United States will likely need a recession to contain inflation. Meanwhile, the ongoing Ukraine war could keep Europe in recession, while China may struggle to unwind its zero-COVID policy easily and reflate its property bubble.

Rather than trying to slow the economy, the RBA may well be trying to insulate it from a global slowdown by the second half of the year. So while the RBA will likely nudge interest rates a little higher in early 2023, it could unwind these hikes by year end – leaving the official cash rate pretty much where it is now, at just over 3 per cent.

National house prices could drop another 5 to 10 per cent before bottoming around mid-year. However, poor affordability and higher unemployment should limit their subsequent rebound.

A weaker global economy should be good news for bond markets, which suffered greatly in 2022 as bond yields surged due to both high inflation and central bank increases in short-term interest rates. Central banks should have stopped raising rates by mid-2023 and will turn their attention to cutting them.

Indeed, investors currently have a narrowing window of opportunity to lock in still reasonably attractive interest rates on fixed-rate bond investments. Australia 10 Year Government Bond yield could drop to under 3 per cent by the end of next year, from around 3.4 per cent today and a high of 4.2 per cent as recently as October.

For the share market, it could be a year of two halves – downside pressure in the first half as the rise in interest rates this year starts to take its toll on global economic growth and corporate earnings. But once inflation is back under control and central banks start taking their foot off the brakes, equity markets could stage a nice rebound in the second half.