The privatisation of the electricity industry may not be the worst of the many stuff-ups perpetrated in the name of “micro-economic reform”, but it’s certainly the one that’s cost the greatest number of Australian households and businesses the greatest amount of money.

Like most of the other stuff-ups, this one is explained by the naivety of the nation’s “economic rationalists”. They underestimated the willingness of governments to sabotage the privatisation process and the susceptibility of econocrats to being “captured” by the business interests they were regulating. 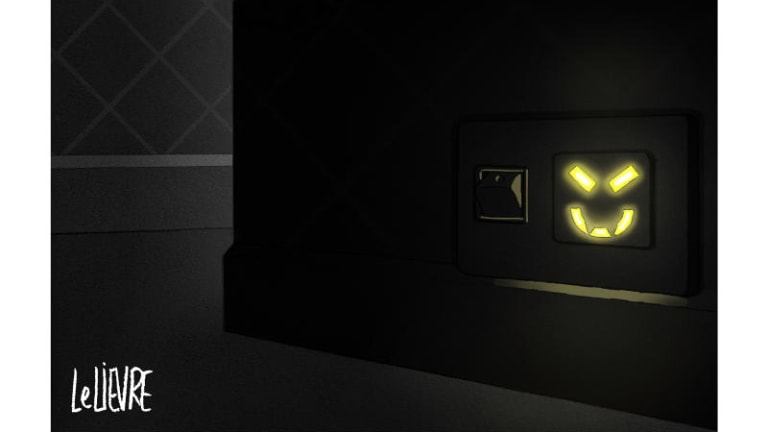 They underestimated the industry’s willingness to search out and exploit any weaknesses it found in the regulations. And they overestimated the willingness of consumers to devote their leisure time to penetrating the thicket of electricity retailers’ deliberately confusing pricing plans.

All this naivety arose from their failure to allow for the many oversimplifications of the neoclassical model of markets, which so permeates their thinking. Their plan was perfect on the pages of a textbook, but utterly other-worldly in the real world of politicians and business people on the make.

According to this week’s final report of the Australian Competition and Consumer Commission’s inquiry into retail electricity pricing, over the 10 years to 2017-18, the average price per kilowatt hour paid by residential customers rose by about 56 per cent above the rise in other consumer prices.

(The real increase in average residential customers’ bills was a mere 35 per cent, partly because households economised in their use of electricity, but mainly because 12 per cent of households invested in solar panels.)

As the commission’s report makes clear, stuff-ups in all three sectors have contributed to the price blowout.

The wholesale electricity market, via which individual power stations sell their energy to retailers in a real-time auction market, is a completely new, highly sophisticated, government-created market controlled by no less than three government agencies.

For many years it worked well, using the oversupply of generation capacity and the lack of growth in demand to keep the wholesale price low. By now, however, higher wholesale prices account for more than a quarter of the overall retail price increase during the decade.

Competition has been weakened by increased market concentration. Rather than selling each power station to a separate owner, the Queenslanders have just two (still government-owned) businesses running all their stations while, in NSW, two generators were sold to AGL – which, along with Origin and Energy Australia, has been allowed to dominate the national market at both the wholesale and retail levels.

Our big, clapped-out coal-fired power stations are now being closed, but in a way that enhances the oligopolists’ pricing power. Uncertainty over the Coalition’s intentions on reducing carbon emissions, and a separate stuff-up which has hugely increased the costs of gas-fired power stations, have mismanaged the shift from coal to renewable energy sources.

The oligopolists have found ways to game the auction pricing system, which the bureaucratic regulators have been too slow fix, placing the interests of producers ahead of consumers.

Except they weren’t. The new private owners fought whatever legal and political battles were needed to get the price regulation loosened, leaving the regulator with little ability to stop them exploiting a loophole which let them pad their profits by spending more on their infrastructure, whether needed or not.

State governments that still owned networks – mainly NSW and Queensland – fattened their profits by imposing excessively high standards of reliability on their networks, thus requiring them to spend big on upgrading.

This was “gold-plating”. When the regulator tried to discount the unnecessary spending, the NSW government took it to court and got the cuts curtailed. Why? Because it was planning to sell its network businesses and wanted to get top dollar at its electricity users’ expense.

The commission estimates that over-investment in NSW and Queensland now costs households in those states an extra $100 to $200 a year. All told, higher network costs across the national market explain 38 per cent of the increase in the average price per kilowatt hour.

At retail level, retail prices used to be regulated by state governments, until the micro-reformers persuaded them this was no longer needed because prices would be restrained by competition between the private companies.

Whoops. In reality, the reverse. The reformers should have known that oligopolists invariably try to avoid competing on price.

The problem was compounded by the way state governments maximised the sale price of their big retail businesses by selling them intact rather than breaking them up. The significant economies of scale this gave the newly purchased incumbents left them well place to fend off new entrants to the market.

The electricity market’s bureaucratic regulators moved at a snail’s pace to correct this failure, anxious not to impinge on private firms’ freedom to overcharge their customers.

The commission estimates that mishaps at the retail level account for more than a fifth of the rise in average power prices over the decade. About a third of that is explained by spending on the selling costs (marketing, commissions, etc) of persuading people to buy a necessity, with the rest going straight to the bottom line.

That leaves “environmental” costs – hugely excessive incentives for people installing solar systems, the incentives associated with the renewable energy target (the RET) and some state government schemes – accounting for just 15 per cent of the real rise in average power prices, because the cost of these incentives has been shifted to other electricity users.

Little wonder the report concludes the national electricity market needs to be “reset”.