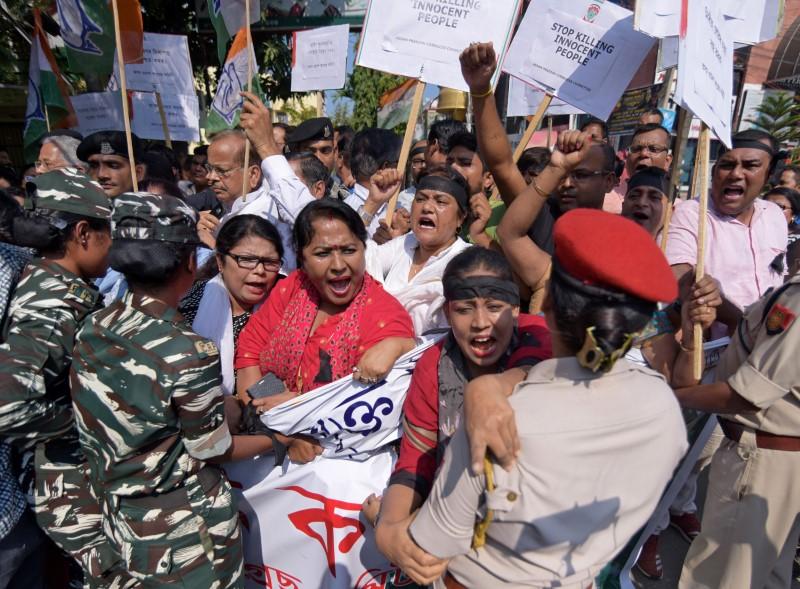 India’s northeastern state of Assam, home to 33 million people, has suffered years of violence as residents, including tribal groups, have clashed with suspected Hindu and Muslim settlers they accuse of plundering resources and grabbing jobs.

On Friday, police said the five men killed were Indian citizens who had been shot one by one after being taken to a low-lying area by a road in Assam’s district of Tinsukia.

One young man, picked up by a group of men in army fatigues but presumably left for dead when he passed out at the start of the shooting, said he was lucky to be alive.

“I woke up minutes later and saw the five bodies lying in ditches,” Sahadeb Namashudra, also a Bengali Hindu, told reporters at the incident site. “They were in army fatigues and carrying long guns.”

Police have not yet made any arrests in the investigation, said a spokesman, Deepak Deka. The situation was tense in Tinsukia because of a 12-hour shutdown called by Bengali associations there, he added.

The government has promised strong action against the perpetrators.

The United Liberation Front of Asom (Independent), which has in the past championed the separation of tea and oil-rich Assam from India and is now trying to make a comeback there, denied responsibility for the killings in a statement. No other group has claimed responsibility.

Work on the NRC accelerated under the Hindu nationalist government of Prime Minister Narendra Modi, which wants to give all Hindus citizenship, infuriating many Assamese, who want all illegal immigrants expelled.

India, which does not have a deportation pact with Bangladesh, has said it will decide on the fate of those eventually deemed foreigners in consultation with the Supreme Court, which is monitoring the registration process.

Mamata Banerjee, a staunch Modi critic whose party rules India’s eastern state of West Bengal, said it would hold rallies all over the Bengali-majority state to protest against the killings in neighboring Assam.

The state will shelter Assam’s Bengali-speaking people if the NRC process deems them stateless, she added.

“Terrible news coming out of Assam,” Banerjee, the state’s chief minister, told reporters. “We strongly condemn the brutal attack in Tinsukia and the killings. Is this the outcome of NRC development?”

‘He looked like a terrorist!’ How a driver in rural India ended in…