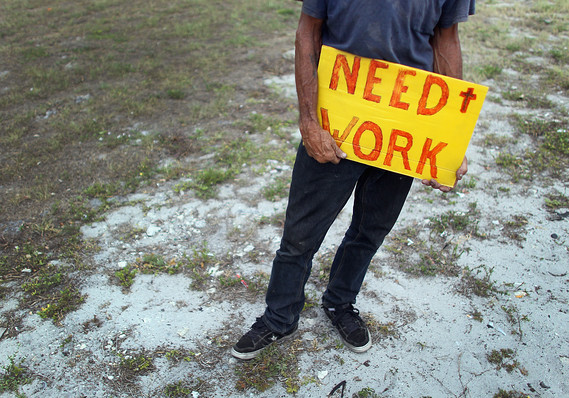 The numbers: Initial jobless claims, a tracker of sorts for layoffs in the U.S., fell slightly in mid-August and hovered near a 49-year low. 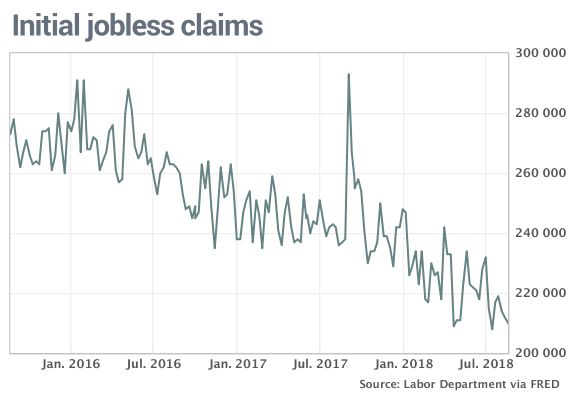 The more stable monthly average of claims slipped by 1,750 to 213,750, the government said Thursday.

The number of people already collecting unemployment benefits was barely changed at 1.73 million. These are known as “continuing” claims.

What happened: The small decline in new claims reflected the third lowest reading during the current nine-year-old economic expansion, just 2,000 above the postrecession bottom set a month ago.

The rate of layoffs in the U.S. haven’t been this low since the first year of Richard Nixon’s presidency in 1969, when the working-age population was much smaller. Some economists think claims could even drop below 200,000 in the near future

Big picture: The U.S. economy avoided the dog days of summer, growing steadily despite the ongoing threat of trade wars, a shortage of skilled workers and political turmoil in Washington.

The good times are likely to continue for a while, though economists worry that another round of tit-for-tat tariffs could act as a bigger drag.

The Federal Reserve is also likely to raise U.S. interest rates again in September, making it a bit more expensive to borrow money.

The 10-year Treasury yield TMUBMUSD10Y, -0.06% however, has fallen lately and last stood at 2.82%. Bond yields had climbed to as high 3% earlier this year before retreating.