Home » Economy » How will China turn its economy back on? The world is about to find out

How will China turn its economy back on? The world is about to find out

For months, investors and CEOs waited anxiously for China to ease up on its COVID restrictions, which burdened the economy and were out of sync with the rest of the world. Stock markets rallied on mere rumours of policy changes. Companies warned that “zero COVID” was hurting business.

Now that China has finally started rolling back its strict mix of mass testing, lockdowns and quarantines, its economy is entering a delicate period when it will face a set of challenges that do not fit neatly with other countries’ experiences during the pandemic. 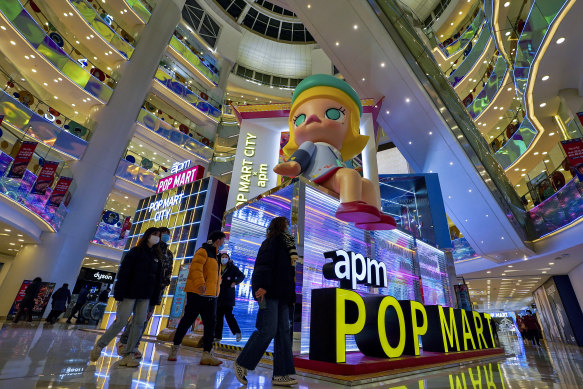 Analysts believe that spending by consumers is unlikely to reawaken swiftly after being smothered for so long.Credit:AP

Spending by consumers is unlikely to reawaken swiftly after being smothered for so long, analysts say. China faces a severe downturn in housing and must race to vaccinate more of its population, especially seniors. China’s factories, the motor of the country’s commerce with the world, confront weakening demand from key trading partners like the United States and Europe, both of which are staring down possible recessions.

The road map for the next several months is highly uncertain.

In the West, economies recovered quickly when households were freed from pandemic restrictions. Many workers had saved their paychecks while working from home and also socked away government assistance checks. When the threat from COVID receded, consumers began eating out again and snapped up airline tickets and hotel rooms.

China’s management of its pandemic economy has been completely different.

Ryan Lam, a 30-year-old marketer in Guangzhou, went out for several meals to celebrate the end to that city’s repeated lockdowns. But he is switching back to eating at home to save money. His goal is to put aside half his salary.

“Private companies have been cutting spending,” he said. “The pandemic is like a catalyst, making my worries worse.”

As recently as last spring, supply disruptions caused by regional lockdowns were the main problem facing China’s economy. But except for some high-profile cases — notably the giant Foxconn facility in Zhengzhou, which makes Apple iPhones and has lost revenue because of unrest by workers fed up with lockdowns — many companies have adapted to “zero COVID.” Supply chain bottlenecks have eased, with freight container rates from Shanghai to the US West Coast plummeting. 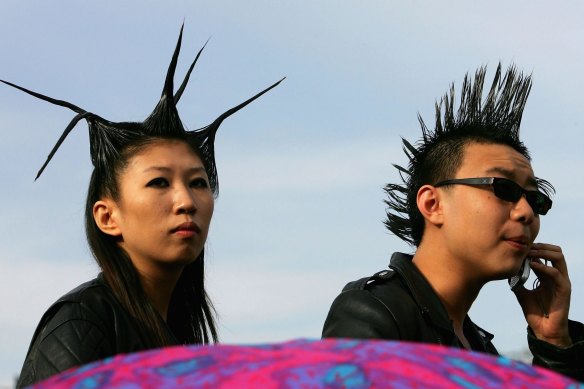 China’s youth unemployment rate is over 20 per cent.Credit:Getty Images

“Major companies are really back to normal operations as far as supply chains are concerned,” said Eric Zheng, the president of the American Chamber of Commerce in Shanghai. “They’re more concerned about consumer sentiment — people are less willing to spend.”

Then there is the continuing spectre of health crises caused by COVID. Reopening in the West tended to happen after most of the population had been vaccinated with booster shots and highly effective mRNA vaccines, had caught the virus, or both. But that is not true in China.

Doctors in China predict that 80 per cent or 90 per cent of the country’s people could become infected in the coming weeks and months — a wave of illness that may make consumers reluctant to go out and spend money.

Many storefront businesses have closed, leaving fewer places for anyone to spend money anyway.

A few of China’s most famous shopping streets, like Nanjing Road in Shanghai, are still lined with the elegant plate glass window displays of international brands. But a short walk away, many of the storefronts are now boarded up — and in a sprawling mall across the Huangpu River, long rows of shops have already shut down.

Households in China also don’t have a lot of free cash to spend. The United States, Hong Kong and various European governments supported consumer spending during the first two years of the pandemic by sending out large cheques or providing generous assistance to the unemployed. That helped many families build up their savings.

Not China. Except for a few small municipal programs, which distributed coupons for local spending, the Chinese government did not distribute supplemental payments to households. Beijing preferred instead to spend heavily on infrastructure construction and on industrial subsidies — policies that benefited Communist Party constituencies in local governments and state-owned companies.

China’s government pressured businesses not to lay off workers. But overtime hours disappeared, wiping out what is often half or more of a pay cheque. And many companies stopped hiring. Youth unemployment is nearly 20 per cent. 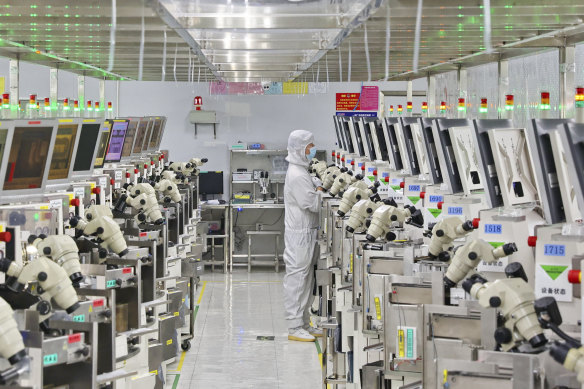 Xi Jinping, China’s top leader, called this week for more economic stimulus and a loose monetary policy, effectively telling the central bank, the People’s Bank of China, to keep injecting money into the financial system. That would make it easier for companies and homebuyers to borrow. But corporate demand for loans has been weak, while a nationwide problem of insolvent property developers and unfinished apartments has pummeled home sales.

Chinese households have two-thirds or more of their savings tied up in real estate and fairly little in the stock market — an unusual allocation by international standards and making them less likely to profit from central bank stimulus the way many families in the United States did.

The bank deposits of Chinese families rose somewhat during the pandemic because they were spending less than usual, said Louise Loo, an economist in the Singapore office of Oxford Economics. But households deposited much of that money into higher-interest bank accounts that restrict withdrawals for months or even years, making it hard for families to spend more money even if they had the confidence to do so.

Living patterns for seniors are also different in China. That could further limit consumer spending in the months to come.

In Western countries and even in Hong Kong, many seniors live in nursing homes and other assisted-living arrangements, which limited visits during outbreaks of the virus. But multi-generational living is much more common in China. The presence of an older family member, often unvaccinated, is a formidable check on the ability of other family members to start dining out and spending money because of the potential for infection.

“It also means we might continue to see lockdowns in residential buildings,” Loo said.

One of the hardest-hit business sectors in China has been travel. Hotels have been practically empty as cities imposed stringent rules on intercity travel, forcing them to cut room rates in half or more to lure a few local residents for “staycations.” Domestic air and rail travel has fallen steeply, while international air travel has been almost completely shut down since March 2020.

It’s unclear when China might open its borders to international air travellers. A new policy on Wednesday to ease intercity movement may increase spending but also spread illness.

“China’s economy has been hobbled in ways we really don’t understand.”

The Beijing municipal government has almost completely barred out-of-towners from visiting the city this autumn. Thousands of Beijing residents who left the city for family visits or work trips also found themselves unable to return. But despite that precaution, Beijing has experienced one of China’s largest surges in infections in recent weeks. The end to restrictions on intercity travel will allow residents of Beijing, one of China’s two most affluent cities, along with Shanghai, to spend money elsewhere, but at the risk of spreading COVID to other cities.

The issues facing the world’s second-largest economy can be seen in the experience of business owner Gong Naimin. Gong has a small factory that makes Christmas tree ornaments in Yiwu, a hub for light manufacturing and export logistics a four-hour drive southwest from Shanghai. His sales have faltered as customers, dealing with harsh COVID restrictions, stayed away.

So he has been hiring fewer workers. That is one small ripple in a nationwide wave of unemployment that has hurt sales for many companies, since his workers are also other companies’ customers.

With Christmas arriving soon, “the prime time is over,” he said. “Domestic demand is weak, and it’s too late to sell to foreign markets.”

This article originally appeared in The New York Times.