PUNE (Reuters) – If the world is to gain access to a vaccine for COVID-19, there’s a good chance it will pass through the doors of Serum Institute of India. 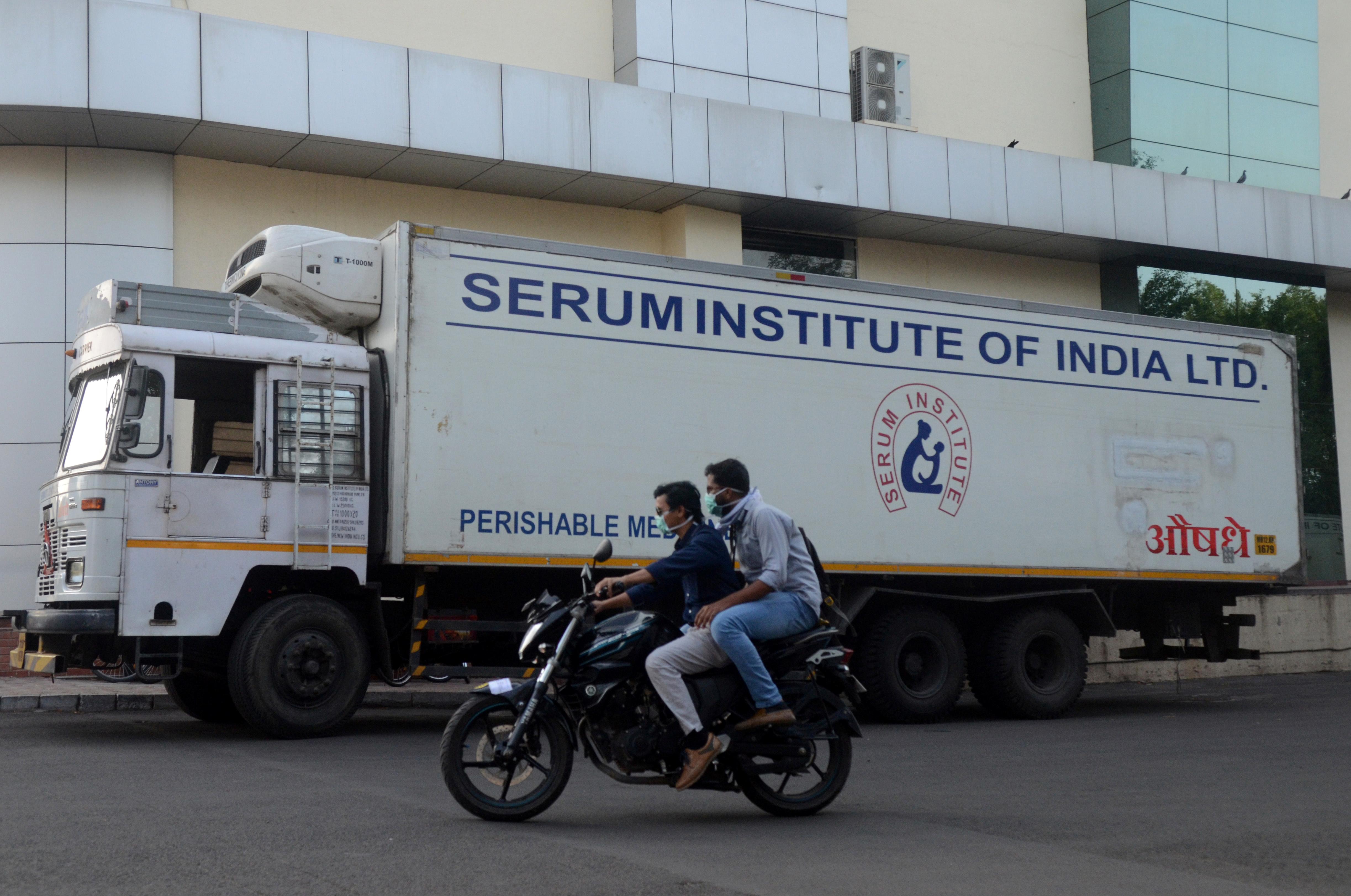 Serum Institute, the world’s largest manufacturer of vaccines by volume, is working on several candidates for the novel coronavirus – including potentially mass-producing the AstraZeneca/Oxford university one that has garnered global headlines – as well as developing its own.

The efforts are partly being shepherded by Umesh Shaligram, the head of research and development. His employer is a private company but every day, shortly before midnight, he receives a WhatsApp message from the government asking for updates, and about any new hurdles he faces.

The message is usually from K. VijayRaghavan, Prime Minister Narendra Modi’s top scientific adviser – an indication of the critical, and even strategically important, nature of the race to develop the vaccines the whole world is waiting for.

Shaligram promptly responds with a progress report and details any bottlenecks.

“Any delays, you just tell them,” said Shaligram, adding the government has been doing everything it can to fast-track clearances, and resolve import delays and other issues.

“We have begun to see approvals come through in days, even on a Sunday night, for trials and things like that,” he said, noting some of these processes typically took 4 to 6 months.

While most of the attention regarding vaccines typically goes to the pharmaceutical developer, India quietly plays a key role in manufacturing 60%-70% of all vaccines sold globally with the Serum Institute playing a lead role, said the company’s Chief Executive Adar Poonawalla.

At the company’s sprawling, 150-acre campus in the western Indian city of Pune, Shaligram and his team are working flat-out. Dozens of buses ferry in hundreds of workers each day to the grounds, which are buzzing with activity even as the city around it remains largely under lockdown.

The push comes as the number of cases of COVID-19, both globally and domestically, continue to surge and world leaders look to vaccines as the only real way to restart their stalled economies, even though none have yet been proven to be effective against the coronavirus.

Poonawalla, whose family owns he vaccine maker, said scientists, drugmakers and manufacturers were collaborating at an unparalleled scale to spur development and availability.

“We are all in a race to battle the disease, there is no one-upmanship here,” he told Reuters, sitting in his office beside his family’s 74-year-old stud farm.

Another candidate in the works is the experimental vaccine developed by a team at the University of Oxford and now licensed to drugmaker AstraZeneca (AZN.L), with whom Serum are in talks to mass produce the vaccine, which is now in the clinical trial stage.

The United States has secured almost a third of the first 1 billion doses planned for the potential vaccine, initially known as ChAdOx1 and now as AZD1222, by pledging up to $1.2 billion.

“Hopefully we will build a stock of a few million doses to give to our country and other high-risk areas across the globe come October-November when the trials ought to be concluded,” the 39-year-old said, while giving Reuters rare access to tour his facilities.

He added he had been given to understand by the development team that the trials had an 80% chance of success, given that the vaccine is based on a tried-and-tested platform.

Based on the information currently available, Poonawalla also said he anticipated AZD1222 would be a single-dose vaccine and not require a booster dose.

He sees AZD1222 potentially priced at about 1,000 rupees ($13) per dose in India, but expects it will be procured and distributed by governments without charge.

Serum is also working on developing its own in-house vaccine options to tackle the disease, Poonawalla said.

Even if a vaccine does succeed, a treatment to fight COVID-19 would still be required, said Poonawalla, noting some people do not get the desired immune response, even if vaccinated.

“You may get mild symptoms, you may get severe symptoms. It depends on your system, but there is a chance,” he added. “Not all vaccines are fully effective.”

The Serum Institute produces more than 1.5 billion doses of vaccines every year, for everything from polio to measles.

Poonawalla says that gave the company an edge in securing supplies of vials and high-quality chemicals required to make a vaccine in bulk once all approvals are in place.

“We have partnered with many of our suppliers to have one to two-year inventories of glass vials and tubing glass stocked in advance, so luckily for us that won’t be an issue.”

Any successful vaccine is however bound to be in short supply at first, he stressed.

India recorded more than 6,000 new cases of the coronavirus on Friday, bringing its total to over 118,000 cases with more than 3,500 deaths, even as it gradually begins to ease its nearly two-month long nationwide lockdown.

There have been more than 5 million infections and over 330,000 deaths reported worldwide.

The Indian government stands ready to cover the costs of trials of any vaccine in the country, said Poonawalla, adding that the government had also expressed interest in placing advance orders for a potential vaccine.

“We’ve reached out and they have been very positive,” he added. “But we’ve said hold on … as we don’t want to take government money until we are very confident we can deliver.”

UNLOCKING VALUE IN THE ‘HYPE’

Serum, one of the few companies ramping up hiring during the health crisis, is also designing a separate facility to make vaccines for pandemic-level diseases that could handle 90% of the current vaccine candidates being developed, beyond just the COVID-19 ones.

That facility, which will be ready in the next two to three years, would be able to potentially churn out 700-800 million doses a year, according to Poonawalla.

The CEO said he considered taking the company public some years ago to fund some large acquisitions, but changed course when the deals fell through.

Now he’s considering a different approach. He is exploring creating a holding entity that will host the company’s pandemic-level technologies, including manufacturing rights, intellectual property and the sale of all of Serum’s COVID-19-related candidates, and selling a minority stake in the venture. 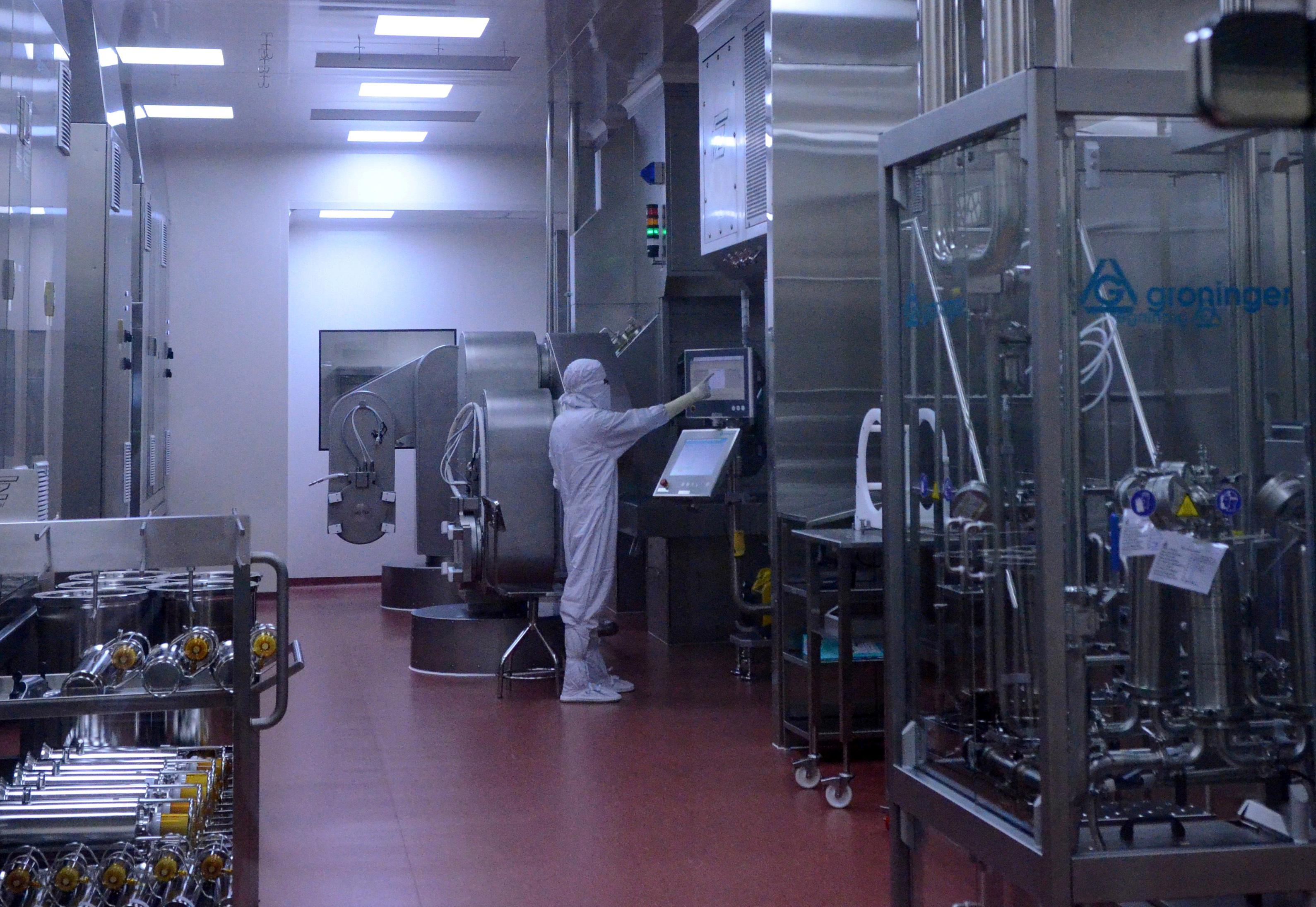 “That will unlock value in the main hype,” he said.

Poonawalla said he had engaged bankers to test the waters on this, but stressed he would only consider selling a stake to ethical, long-term funds or sovereign funds that do not expect huge returns and want to “make a difference to the world”.

“After getting them onboard, I don’t want to be in a situation where I have to charge high prices to give them returns.”