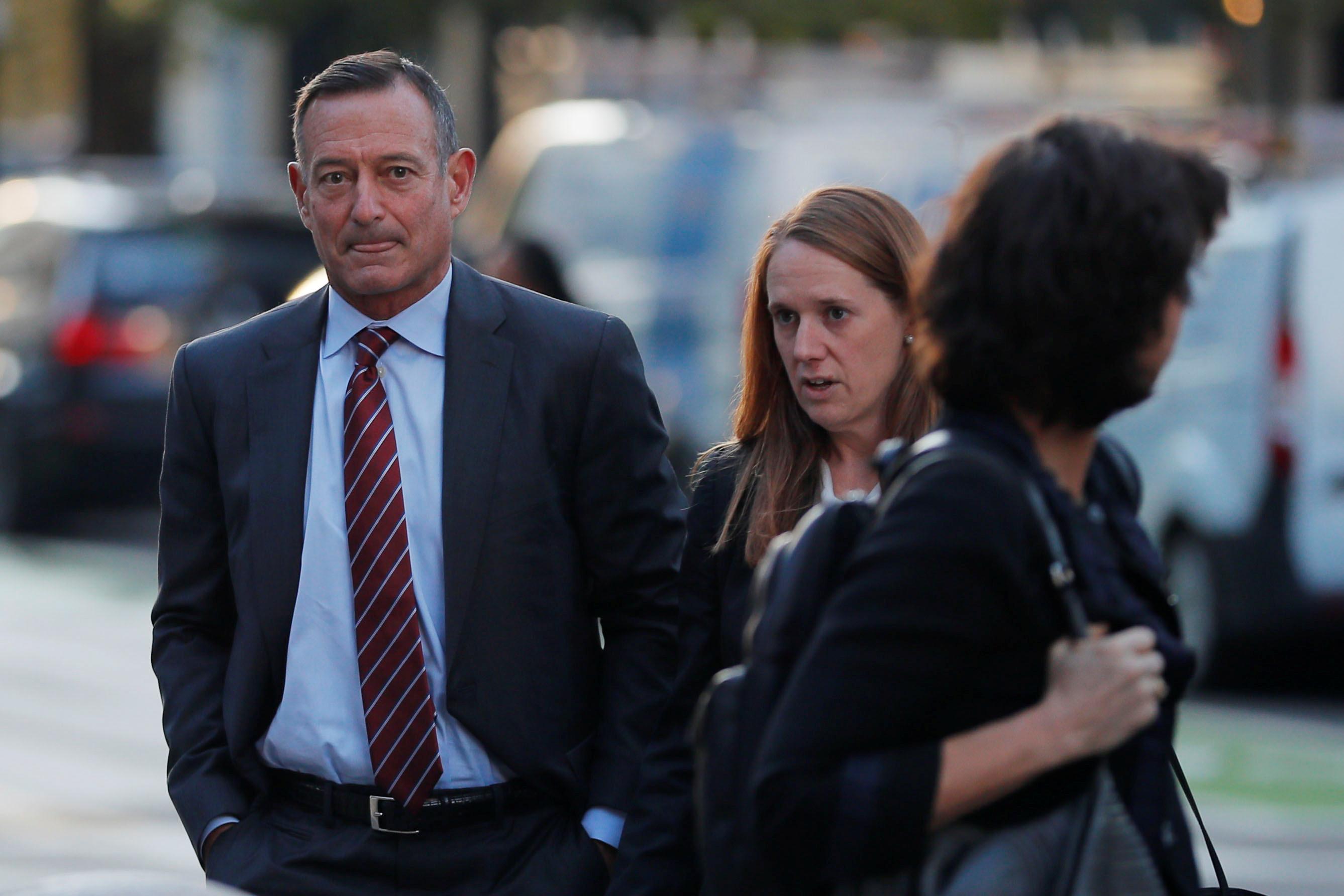 The four are among 52 people charged with participating in a vast scheme in which wealthy parents conspired with a California college admissions consultant to use bribery and other forms of fraud to secure the admission of their children to top schools.

The 35 parents charged in the investigation include celebrities, such as “Desperate Housewives” star Felicity Huffman and “Full House” actress Lori Loughlin.

Huffman reported to prison last week to serve a 14-day term after admitting she engaged in the cheating scheme. Loughlin has pleaded not guilty.

Monday’s pleas by the four parents came as another defendant, Martin Fox, who headed a tennis academy in Texas, agreed to plead guilty to helping facilitate the scheme and cooperate with investigators.

Hodge, who was CEO of Allianz SE’s Pimco from 2014 to 2016, admitted he paid $525,000 to facilitate the admission of his daughter and son to the University of Southern California (USC) as soccer and football recruits through the use of bribery.

“I acted out of love for my children, but I know that this explanation for my actions is not an excuse,” Hodge said in a statement.

The Henriquez couple turned to Singer to inflate fraudulently their two daughters’ entrance exam scores and also paid him $400,000 to bribe a tennis coach to help their older daughter gain admission to Georgetown University, prosecutors alleged.

Manuel Henriquez, who was chairman and CEO of Hercules prior to his arrest in March, in court disputed some of those claims but acknowledged he was guilty, adding he “never intended to hurt anybody.”

Janavs conspired with Singer to pay $600,000 to facilitate admission of two children to USC and Georgetown as athletes and paid another $100,000 to have a corrupt exam proctor correct her two daughters’ answers on the ACT exam, prosecutors said.

Ex-TPG executive, others in U.S. college admissions scandal to appear in court