Employment surged in October as the central bank's record-low interest rates spurred hiring, while the jobless rate remained at a six-year low despite an expanding workforce.

The report suggests the Reserve Bank's patience – after keeping the cash rate at 1.5 per cent for more than two years – is now being rewarded with stronger employment and faster economic growth. Governor Philip Lowe is betting on a tightening labour market to fuel wage growth and inflation and lay the ground for the first rate increase since 2010. 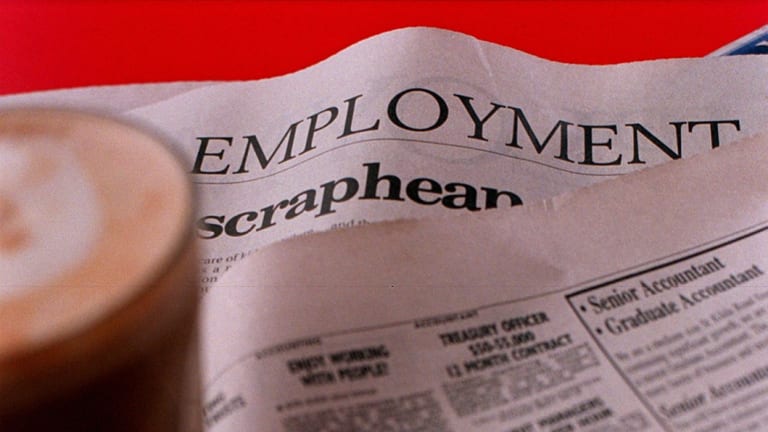 Since September, 32,800 more people are in a job.Credit:Ashley Gilbertson

"The Reserve Bank would be very happy with today's report," said Callam Pickering, economist at global jobs website Indeed, who previously worked at the RBA. "It consolidated the gains from last month and strong growth in full-time roles points to a thriving jobs market."

The Australian dollar rose to US72.70¢ at 2.34pm in Sydney from US72.35¢ before the report. Traders are now pricing in about a 40 per cent chance of a rate hike in August next year, from 25 per cent before the data.

The data followed a report on Wednesday showing wages rose 2.3 per cent in the third quarter, the fastest annual pace in three years. Still, economists noted the outcome was boosted by a hike in the minimum wage. Inflation, meanwhile, is still just below the bottom of the central bank's 2 to 3 per cent target.

"Much progress still needs to be made, which suggests that a rate hike in the near-term is unlikely, but it is still a step in the right direction," Mr Pickering said. "Wage growth, rather than employment, is the more pressing issue for the RBA."

Child-care costs in America are getting close to $10,000 per year

Solar farm built in the shadow of Chernobyl nuclear meltdown