Fund managers tend to say they look for quality companies that are increasing sales and cash flow, and have strong balance sheets.

Bryan Hinmon, the lead manager of the Motley Fool Global Opportunities Fund, says another measure is just as important: Companies whose founders or CEOs remain heavily involved and have large ownership stakes.

The Motley Fool Global Opportunities Fund FOOLX, +0.16% has a four-star ranking, out of five, from research firm Morningstar. We’ll show the fund’s performance and largest holdings below.

In an interview July 17, Hinmon said that rather than measuring “statistical quality,” he and his colleagues emphasize these four areas when selecting companies:

Two themes Hinmon focuses on are “incredible leadership cultures” and the potential for companies to reinvest for growth in expanding markets.

It’s obvious that Amazon.com AMZN, -0.05% founder and CEO Jeff Bezos has plenty of motivation to continue pushing the internet retail pioneer into an expanding array of markets — he holds 16% of the company’s shares.

Amazon is the largest holding of the Motley Fool Global Opportunities Fund.

Year after year, Amazon’s shares have traded at valuations above 100 times consensus forward earnings estimates. An obvious question asked by investors — including those who have shied away from Amazon and missed tremendous gains — is how long the stock can fly this high when profit margins for most retail business are low. 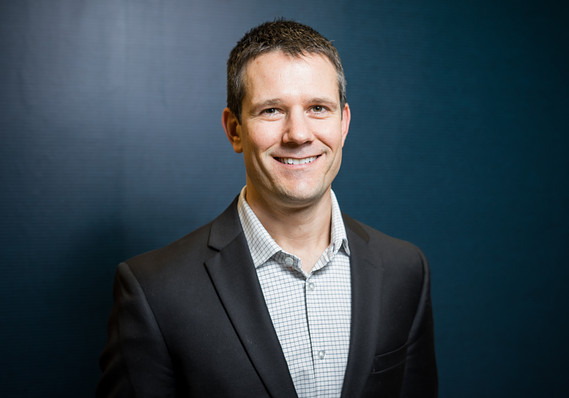 Amazon’s management is “fully aware that the market is giving them license to make a massive amount of reinvestment and show little profitability,” Hinmon said. He believes sustained and significant profits “will materialize” eventually, and that Amazon’s history of reducing investment when investors question its business model to “give a glimpse of the potential profitability of the business” prove Bezos and his team understand this potential problem.

Meanwhile, the rapid growth of Amazon Web Services (first-quarter sales were up 43% and operating profit was up 92% from a year earlier), “the power of consumer habits,” the popularity of Amazon Prime and the company’s ability to compete on price and quick, reliable delivery help Hinmon to remain confident in Amazon as a long-term investment.

Hinmon called XPO Logistics XPO, +1.71% “a technology company disguised as a trucking firm.” The company’s CEO Bradley Jacobs isn’t technically its founder, but he put it together after acquiring a small trucking company in 2011 and building XPO through a series of acquisitions costing about $7 billion. The company “now reinvests over $400 million a year in technology,” according to Hinmon, which gives it an important advantage over competitors.

“It is kind of crazy to think a trucking company has 1,700 software engineers, but it gives you an insight into what is important. It is complicated to track the millions of packages moving all over the U.S.,” Hinmon said.

With a market share of only 2% in a shipping market that is still growing because of “tailwinds from e-commerce,” Hinmon expects significant additional growth for the company.

He also cited Jacobs’ previous success in building a large company through a series of acquisitions. He led United Waste Systems until it was acquired by Waste Management WM, -1.24% in 2007.

Watsco WSO, +0.60% of Coconut Grove, Fla., is the largest distributor of air conditioning, heating and refrigeration equipment, parts and supplies in the U.S. CEO Al Nahmad has run the company since 1989, working to narrow its focus as it expands across local markets.

Despite an operating margin of about 8%, which Hinmon described as “low,” he said Watsco met “all of the quality characteristics” he was looking for. Stock incentives encourage employees to be committed to the company for their entire careers, he said.

Hinmon is also impressed with the company’s size advantage. Its ability to invest in technology helps it continue to take business from competitors. Independent contractors can use Watsco’s smartphone app in the field for assistance in diagnosing problems and ordering the parts and supplies needed to complete repairs.

“The smaller competitors simply cannot afford to make similar investments in technology,” he said, adding that with a 10% national market share, Watsco has tremendous growth opportunities.

Atlassian Corp. TEAM, +0.50% is headquartered in Sydney and makes collaborative systems used by software developers. These include Jira, which is used to track software bugs during development. The company’s founders, Scott Farquhar and Michael Cannon-Brookes, each own about 30% of the company, according to Hinmon.

Hinmon said the company is unique because it has flipped the traditional software development and distribution model on its head. Typically an enterprise software company will spend about 15% of its sales revenue on research and development and 35% on a sales force to sell the products and show customers how to sue them. Atlassian spends about 40% of sales on R&D and only about 10% to 15% on its sales team.

The extra R&D makes its software “extremely simple to use,” Hinmon said, which, along with low trial prices, has helped build positive word-of-mouth that in turn has boosted sales.

The Motley Fool Global Opportunities fund was established in 2009. It is generally about 50% invested in U.S. companies and 50% abroad. Its benchmark index is the FTSE Global All-Cap Index. Here’s how the fund has performed against the benchmark and its Morningstar category:

You can click on the tickers for more information about each company, including news, profiles, price ratios, ratings and financials.