Home » Economy » Budget winners and losers: a guide to who’s a Morrison mate and who’s not

Budget winners and losers: a guide to who’s a Morrison mate and who’s not

Despite all the accusations being hurled at Scott Morrison, to my knowledge he’s never done what so many election-winning leaders do and promised to “govern for all Australians”. A promise not made, and thus not broken. All governments tend to look after their party’s friends and supporters, but Morrison has made this a defining feature of his reign.

There was a brief period early in the pandemic when he was in all-in-this-together mode. That was when, utterly uncharacteristically, he doubled the level of unemployment benefits – JobSeeker, to use its latest label – for a few months. 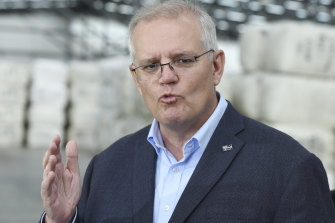 But it wasn’t long before it became clear he was playing favourites. The lockdown left many overseas students without part-time work and eligible for no government support. They were told to find their own way home, which many did.

Suddenly, the universities became public enemy No. 1. The same party that had gone for years urging the unis to find new sources of income and be less reliant on the federal taxpayer were attacked for becoming too reliant on revenue from overseas students.

While businesses large and small lined up for the JobKeeper wage subsidy scheme, our publicly owned universities were declared ineligible. Thousands of jobs were lost and, unlike with most other industries, are unlikely to return any time soon.

The government’s disdain for universities continued in last week’s budget. While Treasurer Josh Frydenberg was handing out prizes as though at a Sunday school anniversary, the universities got next to nothing.

True, the new “investing in Australia’s university research commercialisation payments” program will cost $1 billion over five years. But almost all of that will involve transferring money from existing programs.

The funny thing about the budget’s centrepiece, the cost-of-living package, is that though it doesn’t seem all that generous – a one-off $250 cash payment to pensioners and other welfare recipients, an extra $420 to those eligible for the low and middle income tax offset, and a 22c a litre cut in petrol excise for six months – at an overall cost of $8.3 billion it’s the most expensive new measure in the budget.

Because its intention is to mollify all those feeling pain from the recent jump in living costs, this is the most inclusive of the budget’s measures, with most families standing to benefit.

But though the $250 payment is aimed at those at the bottom of the income ladder, and the extra tax offset will help more than 10 million taxpayers, the cut in petrol excise will be of greater benefit to businesses and higher income-earners, simply because they use more petrol.

One group of big winners favoured in the budget are the tiny minority of people and businesses in the regions. Frydenberg announced “an unprecedented regional investment that includes transformational investments in agriculture, infrastructure and energy in the Hunter, the Pilbara, the Northern Territory and North and Central Queensland”.

Do you remember Barnaby Joyce’s Nationals demanding rural assistance in return for allowing Morrison to sign up to net zero emissions by 2050? At the time, the assistance wasn’t disclosed. Now it is.

They’re getting $7.4 billion for dams, a $2 billion “regional accelerator program” to accelerate growth in the regions, and a $1.3 billion regional telecommunications package to expand mobile coverage across 8000 kilometres of regional transport routes. Thanks a billion.

No budget would be a pre-election budget without further tax breaks to that huge voting bloc, small business. This time they’ll be getting a $120 tax deduction for every $100 they spend on training their employees, and on investment in digital technologies. That’s $1.7 billion over three years.

No doubt many small businesses will benefit from another measure to encourage more apprenticeships. The new apprentice gets $5000 and the employer who takes them on gets a wage subsidy of up to $15,000. I’ve read that tradies are the new key political demographic.

Sometimes, groups get special treatment not because they’re mates, but because governments fear offending them. A prime example are West Australians and their government. Under a deal done by Morrison when he was treasurer, because they’d convinced themselves they weren’t getting a fair share of the annual carve-up of GST revenue between the states, federal taxpayers will be paying the West Australians an extra $18.6 billion over the six years to 2025-26.

This despite the surge in iron ore royalties making Western Australia the only government in the land running a budget surplus. Tough times.

So, who wasn’t on the budget’s receiving end? The help for first-home buyers was token, and for renters, non-existent. There was a bit more to ease the continuing problems in aged care, but Frydenberg was easily outbid by Anthony Albanese.

Frydenberg has greatly reduced childcare costs for second and subsequent children, but Albanese is promising to make it free for virtually all families.

As voter loyalty to particular parties declines, politicians encourage a what’s-in-it-for-me approach to elections and pre-election budgets. If so, it’s important to know whether you’re a mate or a non-mate.

Ross Gittins is the economics editor

Jacqueline Maley cuts through the noise of the federal election campaign with news, views and expert analysis. Sign up to our Australia Votes 2022 newsletter here.