LONDON (Reuters) – British firms trading with the European Union will face a tangle of red tape, possible delays at the border and cashflow disruption if the government is unable to negotiate an exit deal with Brussels before it leaves the bloc next March.

The government published a series of notes advising people and businesses how to protect themselves from the potential disruption of a ‘no deal’ break with the EU, from stockpiling drugs to new paperwork for trade.

Britain has yet to reach a divorce agreement with the EU with little more than seven months to go until March 29 when it leaves the bloc. Prime Minister Theresa May’s plan for a “business-friendly” deal has failed to impress negotiators in Brussels and has been heavily criticized at home.

Nevertheless, both sides maintain they are aiming to reach a deal in time.

Brexit minister Dominic Raab said he wanted to make sure Britain “goes from strength to strength, even in the unlikely event that we do not reach a negotiated deal with the European Union.”

“I’m confident that a good deal is within our sights. That remains our top priority, that remains our overriding priority,” he said at a speech marking the release of the papers.

However, the government’s guidance make it clear that companies trading with Europe would face new paperwork to cover customs and safety declarations in the event of no deal, paperwork that is currently not required.

A man tries on a Union Jack themed jacket at a souvenir stall in London in London, Britain. Aug 22, 2018. REUTERS/Peter Nicholls

If the UK left the EU in March 2019 without a deal “the free circulation of goods between the UK and EU would cease,” the guidance said.

In total around 80 technical notices are expected over the coming weeks. They will be closely scrutinized by industry to see how well prepared Britain is for an outcome many employers have warned will be hugely disruptive.

The government has maintained throughout the negotiation process that it is preparing for all possible outcomes, including ‘no deal’. 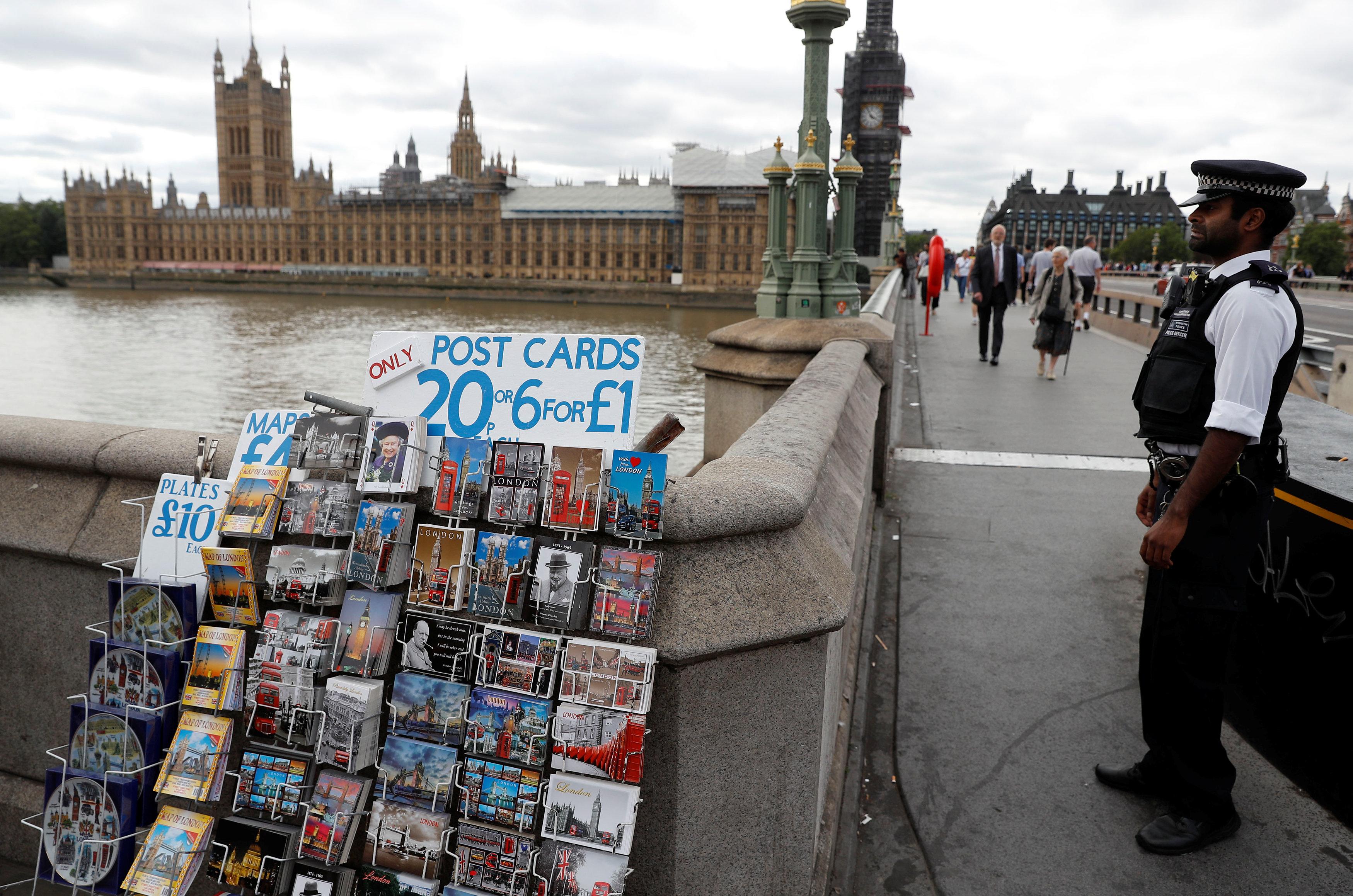 Several ministers have warned that the risk of leaving without an agreement has increased. Earlier this month trade minister Liam Fox put the chances at 60-40.

Many economists say failure to agree exit terms would seriously damage the world’s fifth-largest economy as trade with the EU, Britain’s largest market, would become subject to tariffs.

Supporters of Brexit say there may be some short-term pain for the economy, but that long-term it will prosper when cut free from the EU.

The opposition Labour party’s Brexit spokesman Keir Starmer said the talks with the EU were “going badly” and the publication of the documents on how to prepare for a no deal is a sign the government is “moving into panic mode”.

Factbox: Reaction to the British government’s ‘no deal’ Brexit plans

Exclusive – Britain extends lead as king of currencies despite…

Boeing concerned about tariff talk, but no business impact yet