LONDON (Reuters Breakingviews) – Stock markets may be going out of fashion, but holders of publicly traded shares are still supposed to be the final authority behind the majority of the world’s largest companies. Few are living up to that responsibility. 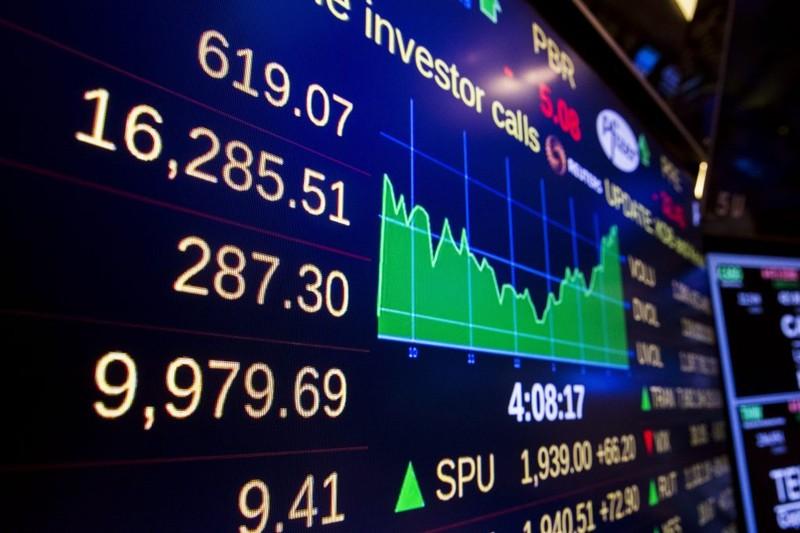 A new report from the Organisation for Economic Co-operation and Development sketches out the situation. Diligent researchers from the intergovernmental body’s Directorate for Financial and Enterprise Affairs looked at the holdings of 77,456 large investors in the world’s top 10,000 quoted companies. The group had a total market capitalisation of $76 trillion at the end of 2017.

The OECD divided shareholders into five groups: institutional investors, private corporations, strategic individuals, public sector shareholders, and others. The authors explored each group’s approach to governance. For people who like to think of shareholders as the ultimate backstop of corporate capitalism, the findings are discouraging.

The largest group includes institutions which control 41% of the market capitalisation under study, and a much higher proportion in the United States. These are mutual funds, pension funds and all sorts of professional managers. From the traditional perspective of governance, their pre-eminence is basically a bad deal.

In many jurisdictions, legal and voluntary guidelines force these funds to vote on shareholder motions. However, they tend to rely on checklists, or subcontract decisions to specialist advisors. The OECD declares that their efforts have “had little effect on the actual quality of ownership”.

The rise of cheap index-tracking funds has further diminished attention to the responsibilities of ownership. Deep corporate analysis is an unaffordable luxury in an industry obsessed with lowering costs. Besides, passive funds often cannot buy or sell shares for business or ethical reasons, so why bother?

Private corporations, which represent 11% of the universe studied by the OECD, and strategic individuals, at 7%, are especially important in developing markets, where the top three shareholders typically control more than half of the stock. Holding companies and family leaders are rarely afflicted by the indifference of institutional investors, but they have their own problems.

For one, they have little reason to care about minority investors. Majority control in weakly regulated markets is the ideal environment for self-dealing, wild scheming and political intrigue. Boards of directors, which are the legal locus of authority for corporations, are basically powerless in the face of dominant and often domineering controlling shareholders. The experience of Korea’s family-controlled chaebols suggests a variation of the old saying: When they are good, they are very, very good, but when they are bad, they are horrid.

The public sector, including governments, public pension funds and sovereign wealth funds, owns 14% of the top 10,000 companies by market value, the OECD reckons. That number probably understates the actual degree of political influence. For example, the Mercator Institute for China Studies notes that in all big Chinese companies “Communist Party cadres not only sit on work councils, but they increasingly fill leading positions in personnel and government relations departments, all the way to executive and supervisory boards”.

Governments’ corporate agendas can at times be shareholder friendly. But other concerns, from personal enrichment to supporting politically favoured projects, almost always win out. The results can distress even the most enthusiastic advocates of stakeholder capitalism.

The remaining 27% of the shares belong to private investors. If enough of them were knowledgeable and dedicated, they could effectively promote shareholder interests. In reality, most private shareholders are neither. They leave the decisions to boards of directors, whose members they vote for almost automatically – if they vote at all.

The legal responsibilities of those boards vary, but the global consensus is that vaguely defined shareholder interests come first most of the time. That consensus has blurred, though. This summer 181 American chief executives, organised by The Business Roundtable, promised to run their companies for workers, communities, suppliers and customers as well as shareholders.

In sum, global corporate governance is a bit of a mess. The legally responsible shareholders often shirk their responsibilities and the other power groups mostly do what they want.

It is easy enough to imagine better ways. Revised laws and codes of conduct could demand more of shareholders or, alternatively, increase the authority of boards to ignore narrow calculations of shareholder value.

In practice, though, boards are likely to keep drifting in the cross-currents of various forces. Inertia will persist until something big changes or goes wrong. Major shareholders will continue to get their way, and directors will almost always yield to government pressure. The drive for profits will remain paramount, more or less moderated by concerns about reputation and the common good.

The contradictions and compromises are frustrating, but corporate life is inevitably messy. It is often said that political democracy is the worst form of government, except for all the others. When it comes to running big companies, today’s imperfect shareholder democracy may be the same.

Foreign funds pummeled by Turkish bond rout, but have yet to exit