Home » Business » Will audiences go back to movie theaters after the pandemic ends?

Will audiences go back to movie theaters after the pandemic ends?

Frank Pallotta is a media reporter for CNN. The opinions expressed in this commentary are his own.

It’s not because I think the 1982 Steven Spielberg film isn’t a classic. It is. No, I don’t like “E.T.” because my parents divorced when I was a kid and the film, which is about a lonely child of divorce who befriends a lost alien, hits too close to home.

So why, then, did I spend $40 and two hours of my Sunday night watching a film that makes me actively uncomfortable at the Queens Drive-In — a new pop-up drive-in theater in Flushing, New York?
I could’ve just stayed home and watched hours of Netflix or one of the numerous other streaming services I subscribe to. And if I waited until next week, I could watch “Mulan” on Disney+ — a movie I haven’t seen — and saved myself $10.
I did it because, well… I needed to go to the movies, and this was the best and safest way I could do so. 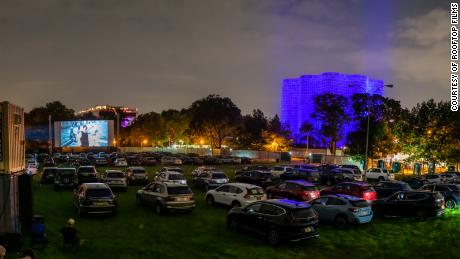 No one knows what the future of the movies will look like, and some aren’t even sure if there will be a future at all.
But, despite all of this, spending $40 to sit in a parked car in Corona Park (yes, Corona Park, go figure) so I could watch a movie that I’m not a huge fan of was still the best money I spent all summer.
That’s because the Queens Drive-In allowed me to do something I love again in a way that made me feel at ease.
Cars were parked far apart and any time I left my car I had to wear a mask. The drive-in’s website has a long list of measures that seemed tedious to read at first, but these precautions made me feel safe enough to escape into the film. The big screen and clear sound coming through my radio made me experience something I haven’t been able to enjoy since March.
I’m not arguing that we should go back to movie theaters right now. There’s still a pandemic going on, and I’m not a medical expert, but those who are wouldn’t recommend it.
But that’s what is great about drive-ins, which have had a renaissance this summer. They’re relatively safe and remind you that going to the movies, not just watching them at home, is something worth saving after the pandemic.
Movies have survived countless disasters over the last century: economic depressions, world wars, the premiere of “Cats.” But now it faces one of its most significant tests: a global pandemic that hit Hollywood as it’s radically changing.
In the past year, new streaming services from Disney, NBCUniversal and CNN’s parent company, WarnerMedia, have all come online. Each is competing with Netflix for market share, and each is giving consumers more reasons to stay home.
And I don’t blame people for doing so, and I won’t blame them for not returning to movie theaters, even after coronavirus. Theaters can have sticky floors, costly tickets and lousy projection. Streaming services, on the other hand, have spent billions to offer premium entertainment for a monthly price that’s roughly the average cost of a single movie ticket. 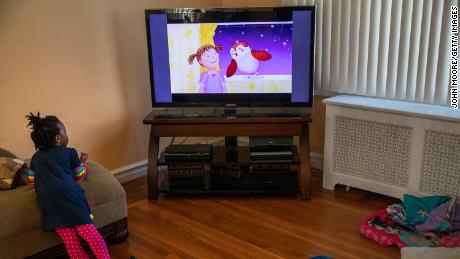 But with all due respect to streaming services, you cannot truly embrace the illusion of the movies from your couch. There are e-mails to answer, texts to return and endlessly updating social media feeds to scroll through. I love watching movies at home, but it’s hard (even for me) to resist looking away to deal with the barrage of messages.
There’s not a “No Talking/No Cell Phones” rule in my apartment, after all. Watching movies at home is fine, but if my cell phone is nearby, it’s like being awoken continuously from a dream.
I also can’t share screams, laughs or tears with complete strangers in my living room like I can in a movie theater. Movie critic Roger Ebert once called movies “the most powerful empathy machine in all the arts,” and while you can step into a character’s life by watching a movie at home, you can’t really share the experience with others.
“The moving image is the single greatest form of cultural and shared experience that we have,” Dan Nuxoll, the president of Rooftop Films, told me. 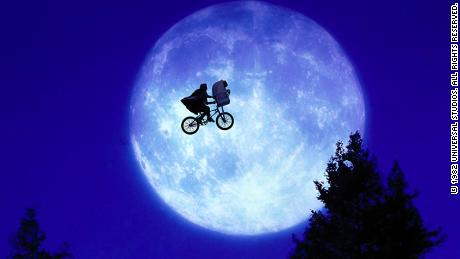 Rooftop Films, a Brooklyn-based nonprofit organization that hosts film festivals, helped create the Queens Drive-In with the borough’s Museum of the Moving Image and New York Hall of Science once the coronavirus took hold.
Yes, I know I’m likely in the minority here — some people would rather watch movies at home and never go back. Statistics and business realities are definitely not in my favor. I realize that streaming is the future.
The time in which a movie stays in theaters is getting shorter and theater chains are struggling to keep their marquees lit up. When it’s all said and done, moviegoers might never return. To be honest, I’m not sure when I’ll go back.
But I refuse to believe that going to the movies will become a relic of the past once the pandemic finally ends. To lose the ability to go to the movies would mean losing a part of our collective culture. It would split us even further apart at a time when we’ve never needed to be more together.
Watching a Spielberg movie about a homesick alien while sitting in my Jeep Cherokee reminded me of that.
“‘E.T.’ is a movie about people coming together… overcoming circumstances, differences and difficulties,” Nuxoll said. “We wanted to make sure that we program a lot of films that are joyful, wondrous and give people an opportunity to escape for a moment from what is otherwise a relatively bleak world.”
And as I looked around the cars next to me on that summer evening, that’s what I saw: people leaving the confines of this bleak world and being transfixed by the magic of being at the movies.

I was transfixed along with them.
For two hours on a Sunday night, I wasn’t worried about the economy or politics or coronavirus. Going to movies once again let me leave my troubles behind. All I needed to do was buy a ticket.
Source: Read Full Article