Home » Business » Why one market bull predicts millennials, baby boomers will help the US notch an economic milestone

Why one market bull predicts millennials, baby boomers will help the US notch an economic milestone 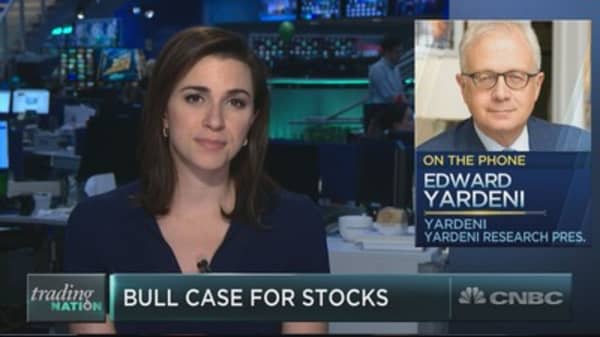 According to Yardeni, it comes down to their spending habits.

“They [Baby Boomers] are increasingly becoming minimalists. They are trading down in terms of houses that they want to live in,” the Yardeni Research founder told CNBC’s “Trading Nation” on Friday.

“At the same time, we’ve got millennials who are also minimalists,” he added. “Many prefer to rent and stay in the City, and not buy houses, and not even buy cars.”

Less spending may seem counterintuitive, since spending accounts for around 2/3 of U.S. economic activity. However,Yardeni contended it’s bullish, because it helps prevent the U.S. economy from overheating.

“Put it all together and you’ve got an economy that continues to grow led by consumer spending, but not in a fashion that suggests that a boom is going to lead to inflation, and a Fed reaction that leads to a bust,” he said. “So, all in all, I put it together as still a very favorable environment for stocks.”

His thoughts came as the S&P 500 Index was logging its worst day of August. The drop came amid President Donald Trump’s decision to double the size of metal tariffs on Turkey, which created a currency crash there.

Yardeni has been one of the street’s most consistent bulls — turning positive a few days after the S&P 500 hit an intraday low of 666 on March 6, 2009. He sees no reason to start getting bearish now: Yardeni is maintaining his year-end price target of 3100, a 9 percent gain from current levels.

“The earnings picture really has been phenomenally strong. I’ve been bullish on earnings, and it’s coming in even stronger than I expected,” he noted.

And, if the economy continues to grow, next July will mark the country’s longest expansion in history — a milestone he believes is within reach.

“What the stock market cares about most is the business cycle,” Yardeni said. “As long as investors perceive that the U.S. economy can continue to grow without a risk of recession, you get a bull market.

Not a Scientific Survey. Results may not total 100% due to rounding. 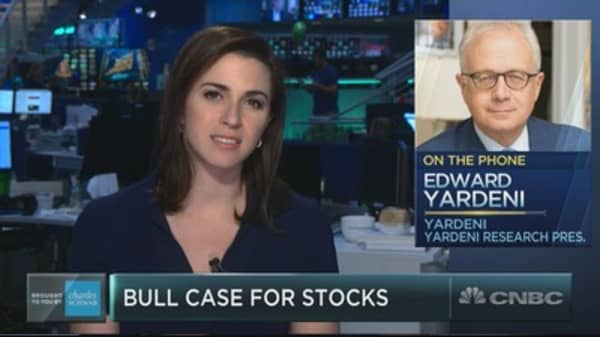