As macroeconomic numbers continue to disappoint, reaching pre-Covid level is unlikely in FY21. 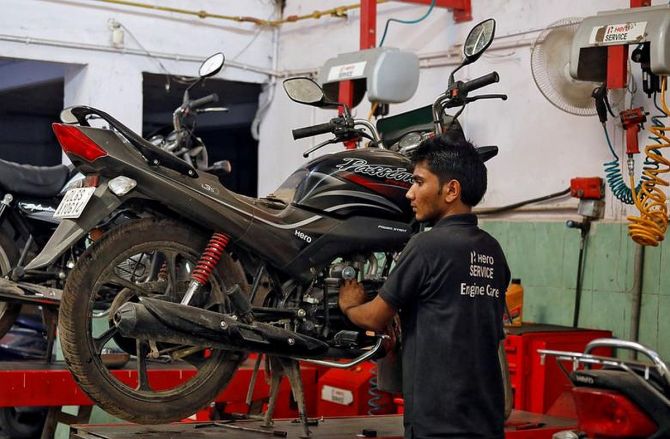 Among the top four players in the two-wheeler space, Hero MotoCorp and TVS Motor gained market share in August at the expense of Honda Motorcycle and Scooter India, and Bajaj Auto.

However, this shift occurred at a time when the two-wheeler segment as a whole contracted 28.7 per cent in August, with sales at 898,775 units, down from 1,260,722 units the previous year.

Though, sequentially, the drop was only 11.5 per cent.

Meanwhile, Honda’s market share dropped to 24.87 per cent in August, from 26.31 per cent the previous year.

According to CARE Ratings, pent-up demand from April, May, and June because of the lockdown is expected to be spread out over the second half of 2020.

In an attempt to revive the economy, the government is gradually easing curbs on movement and gathering of people.

Also, more employees are reporting back to their offices.

This is expected to spur demand for private vehicles.

“As macroeconomic numbers continue to disappoint, reaching pre-Covid level is unlikely in FY21.

“While volume pick-up is expected in H2FY21, full demand recovery is not expected until at least FY22.