Home » Business » ‘We struggle to explain the run-up to the stock split’: RBC raises Tesla price target but still says the company is overvalued (TSLA)

‘We struggle to explain the run-up to the stock split’: RBC raises Tesla price target but still says the company is overvalued (TSLA) 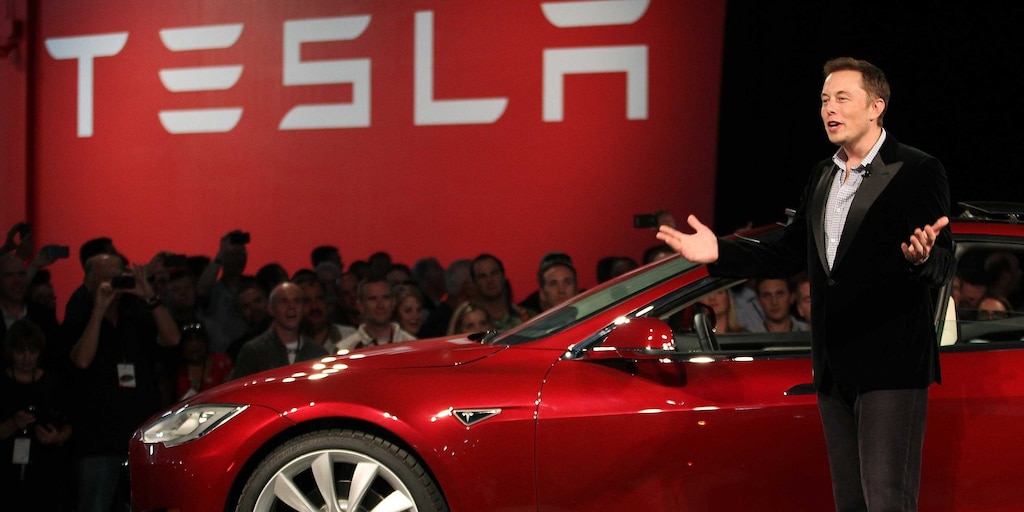 RBC Capital Markets on Monday boosted its price target on shares of Tesla, but still maintained that the stock is overvalued.

The firm increased its price target to $290 from $170 after updating its model to reflect Tesla’s recent 5-for-1 stock split, and to revise its valuation methodology to include earnings estimates through 2025.

RBC boosted its price target because Tesla has become one of the most important stocks in the market. “We recognize we underestimated a critical valuation point: seemingly insatiable investor demand for alternative/clean vehicles,” Joseph Spak, RBC analyst, wrote in the Monday note.

Because of this, Tesla has access to a low cost of capital to fund growth, and the market has “been willing to show more patience and look further out for companies such as Tesla,” said Spak. On Tuesday, Tesla announced plans to sell an additional $5 billion in new shares.

Read more: GOLDMAN SACHS: Women portfolio managers are outperforming their male counterparts so far in 2020. These are the 25 stocks they own the most compared to men.

Still, the firm maintained its “underweight” rating on shares of the automaker, led by CEO Elon Musk. “We struggle to explain the run-up to the stock split which academically doesn’t change the value of Tesla equity but could help fuel retail investor interest,” said Spak. “We still view Tesla as fundamentally overvalued and having to grow into its valuation.”

While Tesla has some clear advantages over its competition, it would have to post extreme growth over the next decade to grow into its valuation, according to RBC. To justify current levels, RBC calculates that the company would have to grow free cash flow at a 36% compound annual growth rate for more than 10 years.

According to RBC, only three companies that started with $1 billion in free cash flow were able to grow it at a more than 30% compound annual growth rate for 10 years – Apple, Amazon, and Google.

“We believe it will be harder for TSLA to achieve this given they are a manufacturer that operates in a more cyclical industry,” said Spak.

Tesla has gained more than 485% year-to-date. 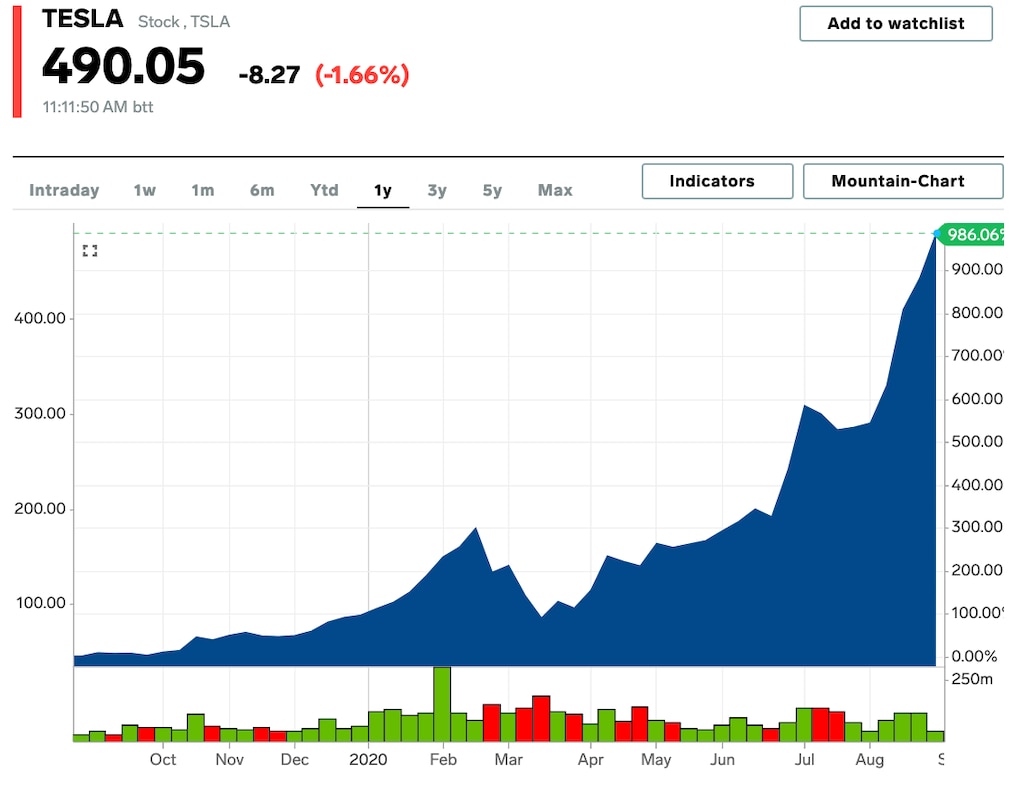