Warren on Powell: 'Very worried' the Fed will tip economy into recession

New York (CNN Business)Just like misery, inflation loves company. And as price increases linger near 40-year highs, the United States has plenty of it.

A perfect storm of stimulus cash during the pandemic, a strong demand for goods, geopolitical chaos and supply chain kinks have led to a surge in prices globally.
In Great Britain, inflation stands at just under 10%, the highest in the G7. In Turkey and Argentina, annual inflation rates are forecast to clock in at a whopping 80%.

The Federal Reserve announces its next interest rate decision later on Wednesday, but central banks across the world are also hiking rates in an attempt to slow the economy and bring prices back down to earth. At least 75 have lifted their benchmark interest rates in the past year, increasing the price of credit across the world. Here’s a look at what some of them are doing.

Last rate hike: 75 basis points in July
Start of hiking cycle: March 2022
The Federal Reserve is the most important central bank in the world — the US dollar has been the world’s primary reserve currency for more than 70 years. That’s why meetings of the Federal Open Market Committee, where monetary policy is enacted, are so closely watched across the globe.
In recent months the Fed has taken a hawkish stance. In July, it instituted its second consecutive 0.75 percentage point interest rate increase, taking its benchmark rate to a range of 2.25% to 2.5%. The bank is largely expected to institute another 75 basis point hike on Wednesday. 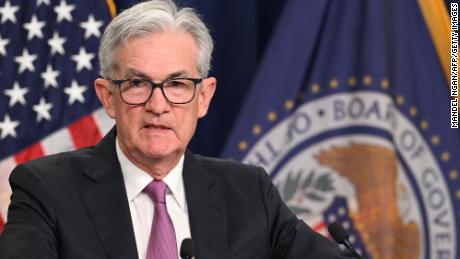 Inflation rate: 9.9%
Benchmark interest rate: 1.75%
Last rate hike: 50 basis points in August
Start of hiking cycle: December 2021
The bank launched its largest interest rate hike in 27 years in August, the first half-point hike since the bank was made independent from the British government in 1997. This was the sixth consecutive hike and took Britain’s benchmark rate to 1.75%.
The BoE’s September policy decision was supposed to be released last week, but was delayed by a week because of the death of Queen Elizabeth II. The bank is expected to hike again at its rescheduled meeting Thursday with inflation remaining stubbornly higher and the pound hovering near a 37-year low against the US dollar.

Inflation rate: 9.1%
Benchmark interest rate: 0.75%
Last rate hike: 75 basis points in September
Start of hiking cycle: July 2022
The Eurozone raised interest rates for the first time in 11 years in July. The ECB hiked interest rates by 50 basis points to 0%. Yes, that’s right, 0%. The rate had been negative since 2014 in an effort to boost weak economic growth.
Core inflation reached 8.6% in June, prompting the ECB to raise rates and say that further hikes would be appropriate. This month, the bank continued with its tightening policy, hiking by 75 basis points. The ECB covers 19 countries, many with very different economic conditions. Some analysts worry that heavily indebted countries like Italy and Greece will suffer significantly due to the hikes.

Current inflation rate: 2.5%
Benchmark interest rate: 3.65%
Last rate hike: 0 basis points in September
Start of hiking cycle: n/a
Unlike its Western counterparts, China actually cut interest rates by one-tenth of a percentage point from 2.1% to 2% last month, the second cut this year. This month, the bank kept rates the same.
The bank is attempting to stimulate the economy due to ongoing stagnation, increasing unemployment and a property crisis. But investors were still surprised by the move as China is also dealing with the risk of rising debt, consumer inflation and pressure on the yuan. 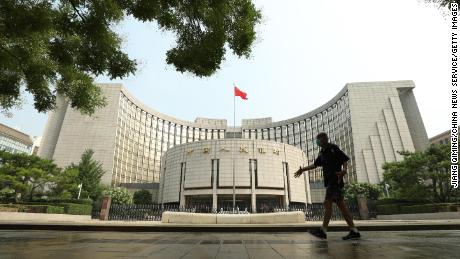 Current inflation rate: 2.8%
Benchmark interest rate: -0.1%
Last rate hike: Rates kept the same in July
Start of hiking cycle: n/a
Economic growth slowed in Japan this summer, dashing hopes that pandemic-era savings would help bolster the flagging economy. The Bank of Japan also projected that inflation would exceed its target this year and raised its price hike forecasts for the fiscal year ending in March 2023 to 2.3% from 1.9%.
But the BOJ kept its rock-bottom interest rates unchanged in July and maintained its -0.1% short-term target. BOJ Governor Haruhiko Kuroda said he had “absolutely no plan” to raise interest rates.
“The economy is in the midst of recovering from the pandemic. Japan’s worsening terms of trade are also leading to an outflow of income,” Kuroda told a news conference. “As such, we must continue with our easy policy to ensure rising corporate profits lead to moderate wage and price growth,” he said.

Current inflation rate: 78.5%
Benchmark interest rate: 75%
Last rate hike: 550 basis points In September
Start of hiking cycle: Nine increases this year, but ongoing cycle
Argentina raised its key interest rate in September by about 550 basis points to 75%. That increase came on the heels of a 950 basis point hike in August. The country is struggling with rampant inflation rate that rose to a 20-year high of nearly 80% in August.
For years, Argentina’s government has borrowed heavily to fund its budget, piling up massive amounts of debt. The country recently agreed a $45 billion debt deal with the International Monetary Fund. 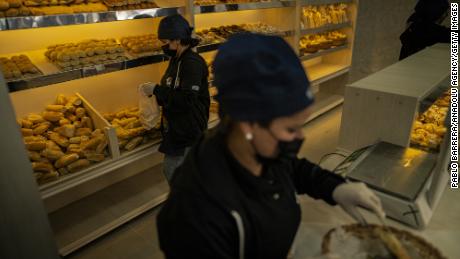 Start of hiking cycle: March 2022
Price growth appears to be easing in Canada. The country’s annual inflation rate slowed to 7% in August, below analyst forecasts of 7.3% and down from 7.6% in July. But while inflation does appear to be coming down from its peak levels, it’s still much higher than the Bank of Canada’s 2% target.
Source: Read Full Article