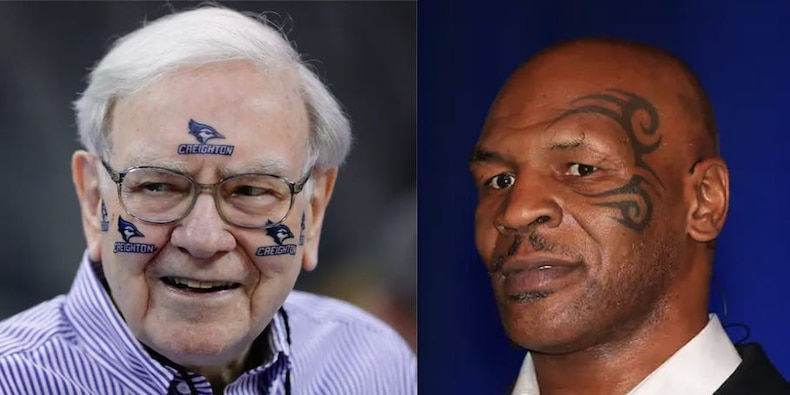 Warren Buffett, the billionaire investor and Berkshire Hathaway CEO with a junk-food habit, and Mike Tyson, the former world heavyweight-boxing champion with a cameo in “The Hangover,” don’t have much in common at first glance.

However, Buffett’s company crafted a life-insurance policy for the puncher a quarter of a century ago.

“We insured the life of Mike Tyson for a sum that is large initially and that, fight-by-fight, gradually declines to zero over the next few years,” the investor wrote in his 1995 letter to shareholders.

Read More: A wealth manager overseeing $400 million breaks down how investors can profit from a Biden administration, even under a divided government where Mitch McConnell holds power

Buffett also highlighted policies penned for Lloyd’s of London members and a pair of Chinese satellites. His goal was to showcase the versatility of Ajit Jain, his trusted lieutenant and Berkshire’s insurance boss.

“Happily, both satellites are orbiting, the Lloyd’s folk avoided abnormal mortality, and if Mike Tyson looked any healthier, no one would get in the ring with him,” he quipped.

Buffett invoked Tyson again while speaking to a group of University of North Carolina students in 1996. He gave the boxer and himself as examples of people with skills that are highly valued by the free market.

Read More: Goldman Sachs says to load up on these 22 energy stocks set to soar as the market recovers – and details 10 to ditch

“If you stick me down in the middle of Bangladesh or Peru or someplace, you’ll find out how much this talent is going to produce in the wrong kind of soil,” he said. “I work in a market system that happens to reward what I do very well – disproportionately well.”

“Mike Tyson, too,” Buffett continued. “If you can knock a guy out in 10 seconds and earn $10 million for it – this world will pay a lot for that.”