(Reuters) – U.S. stocks struggled on Thursday as an attempt by technology companies to rebound from this week’s sharp losses was outweighed by a batch of weak results and Brexit-related concerns. 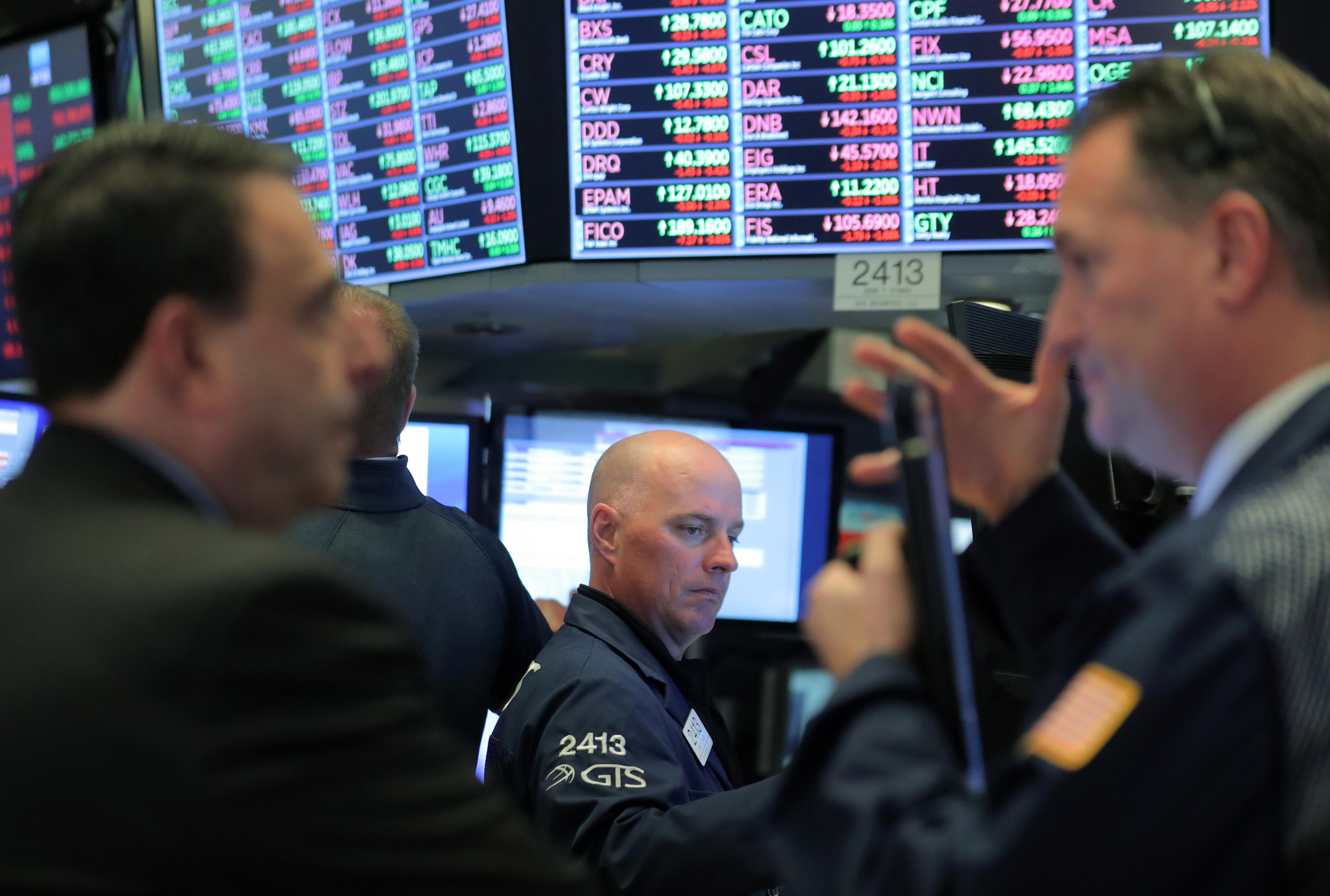 Department store operator J.C. Penney Co Inc (JCP.N) lowered its sales outlook ahead of the holiday shopping season. However the shares reversed course to trade up 4.9 percent after new Chief Executive Officer Jill Soltau gave the first indications of her plans to turn a profit.

Shares in the world’s largest retailer Walmart Inc (WMT.N), which was up earlier after beating quarterly comparable sales estimates and raising full-year outlook, gave up gains to trade down 1.5 percent.

Political events in Europe also scared investors after a series of resignations in British Prime Minister Theresa May’s government threw into doubt her long-awaited Brexit deal and reports of anti-euro comments from an Italian official.

“Market’s choosing not to pick and spare (retail) numbers and most of the retailers are looking forward to the holiday season,” said Rick Meckler, a partner at Cherry Lane Investments, New Vernon, New Jersey.

“But right now the focus is on rising interest rates and the potential for long-term trade disruptions with China.”

Markets earlier got some relief following news that China had delivered a written response to U.S. trade demands ahead of an expected meeting between President Donald Trump and Chinese President Xi Jinping at the end of the month.

“Most people thought it would be resolved but it has dragged on and the optimism has turned to pessimism,” said Meckler.

U.S. stocks got off to a shaky start this month after a sharp selloff in October as investors weigh the prospects of rising interest rates, slowing global economy and trade tensions.

Facebook Inc (FB.O) dropped 1.7 percent after the New York Times reported on how its executives ignored and then sought to conceal signs that the social media giant could be exploited to disrupt elections and broadcast viral propaganda.

Shares in utility PG&E Corp (PCG.N) continued its decline for a sixth day, hitting a 15-year low at $19.75, after warning that it could face “significant liability” in excess of its insurance coverage if its equipment caused the northern California blaze.