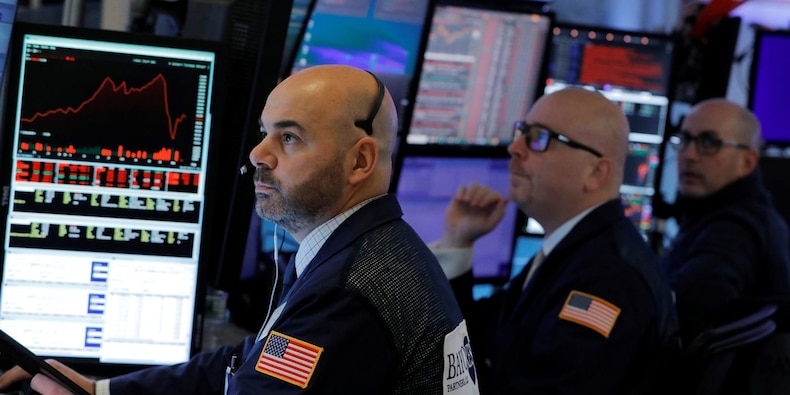 US stocks slipped on Tuesday following record closes for the S&P 500 and the Dow Jones industrial average on Monday.

Despite a steady rise in daily COVID-19 cases, investor optimism remained elevated after Moderna on Monday released encouraging data from trials of its vaccine. It is the second vaccine that is said to have demonstrated an efficacy rate of more than 90%.

Here’s where US indexes stood shortly after the 9:30 a.m. ET open on Tuesday:

Read more: 30 years old with a piece of 300 units: Here’s how Evan Holladay is filling a unique multifamily real-estate niche with an under-the-radar strategy

Technology stocks, which underperformed value stocks on Monday, got a boost in early trades on Tuesday, driven in part by a move higher in shares of Tesla and Amazon.

Tesla jumped on Tuesday after the S&P 500 Index Committee said it would add the electric-car manufacturer to its index. The move is likely to boost demand for shares of Tesla, as trillions of dollars are indexed and benchmarked to the S&P 500.

Amazon climbed after it announced the launch of a digital pharmacy, setting itself up to directly compete with retail pharmacy chains like Walgreens, CVS, and Rite Aid.

Read more: RBC: Buy these 25 healthcare-tech stocks to reap the benefits of the US digital health industry, which is estimated to reach $92 billion by 2025 and has been accelerated by 5 years because of COVID-19

Merck, Pfizer, and AbbVie got a boost on Tuesday after quarterly filings showed that Warren Buffett of Berkshire Hathaway bought billions of dollars’ worth of shares in the pharmaceutical companies.