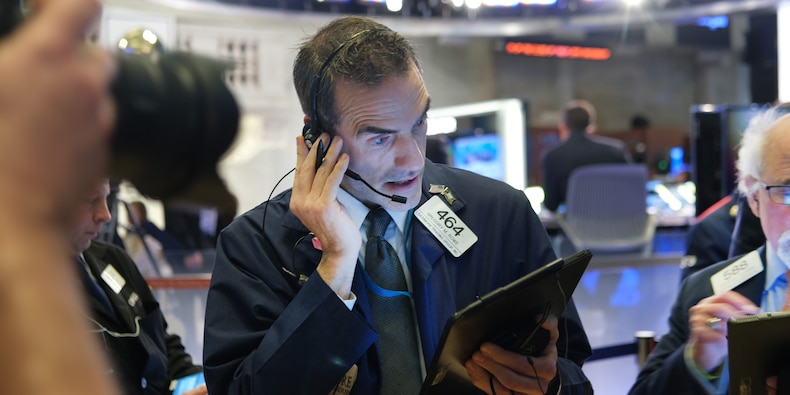 US stocks edged higher on Thursday after three of the largest US banks beat analyst expectations with their first-quarter results, and Coinbase began trading at a valuation of more than $100 billion.

The crypto exchange’s shares closed 14% lower at $328.28 per share on Wednesday, giving it a valuation of $86 billion on a fully diluted basis.

JPMorgan reported a 25% jump in trading revenue even as analysts expected lower volumes across the market, with an overall revenue of $33 billion for the quarter. Revenue estimates were $30.4 billion.

Goldman Sachs too posted a profitable quarter on the back of strong trading and deal-making. Wells Fargo’s earnings topped estimates as its quarterly net income rose to $4.7 billion, helped by a larger than expected release of loan loss reserves.

Fed Chairman Jerome Powell reiterated on Wednesday the central bank won’t taper its emergency asset purchases until it sees progress on its goals of above 2% inflation and maximum employment. Powell disclosed he hasn’t had conversations on policy with President Joe Biden – a sharp contrast from how former President Donald Trump frequently urged the Fed to lower interest rates and critiqued its independence.

Elsewhere in Europe, ECB President Lagarde said at a Reuters event the euro zone economy is still standing on “two crutches” of monetary and fiscal stimulus, and they shouldn’t be removed until full recovery.

Members of the ECB are scheduled to meet next week for the first time since they increased the pace of the Pandemic Emergency Purchase Programme to decelerate the surge in bond yields.

Shares in Japan firms with strong Chinese ties declined ahead of Prime Minister Yoshihide Suga’s meeting with President Joe Biden, as investors are wary of potential pressure to align with Washington’s tough stance on Beijing.