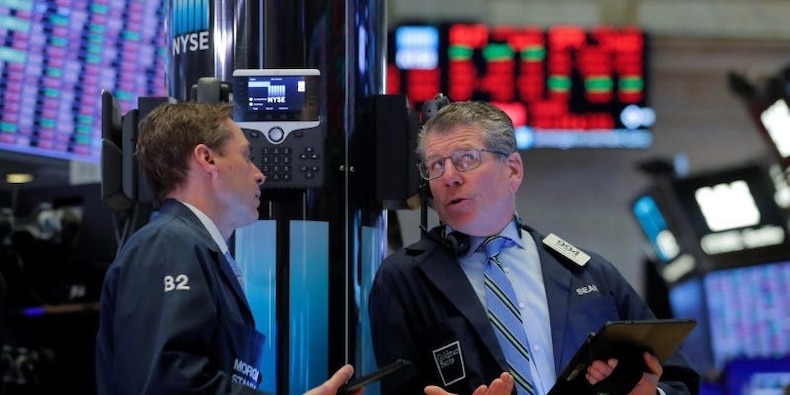 The number of Americans filing for unemployment benefits totaled an unadjusted 861,000 last week, the Labor Department said Thursday morning. The reading lands handily above the 773,000 claims expected by economists surveyed by Bloomberg. The sum is also the highest since mid-January.

Continuing claims, which track Americans receiving unemployment benefits, declined slightly to 4.5 million for the week that ended February 6. Economists projected a larger decline to 4.4 million. The data suggests that, while some pockets of the economy rebound, the labor market’s recovery continues to hit snags.

Here’s where US indexes stood at the 4 p.m. ET close on Thursday:

The gloomy report could amount to a single “bump in the road” before the labor market improves further, Mike Loewengart, managing director of investment strategy at E-Trade, said. Falling virus case counts and vaccine distribution should open the door to accelerated hiring and continued recovery, he added.

“Further when you factor in Congress’ willingness and ability to repeatedly step in to keep our economy running as we recover, it is more than likely that a disappointing read like this will be shrugged off,” Loewengart said.

Tech giants weighed on major indexes and led the Nasdaq composite to underperform. Apple, Netflix, and Microsoft all declined as investors move cash from momentum favorites to recovery plays.

Utilities and consumer discretionary names gained through the day. Energy stocks were the session’s biggest losers.

The House Financial Services Committee held its hearing on the Reddit-trader phenomenon. The CEOs of Reddit, Robinhood, Citadel, and Melvin Capital testified along with Keith Gill, the retail investor who rose to fame for his gains during the GameStop rally. Lawmakers probed Robinhood’s revenue from payment-for-order-flow and the broker’s move to temporarily halt the purchase of some highly volatile stocks last month.

GameStop declined through the afternoon to its lowest level in nearly a month. Shares periodically shot higher when Gill addressed his bullishness toward the video-game retailer.

Facebook tumbled after announcing Wednesday afternoon it would ban all news-related content on its platform in Australia.

Bitcoin wavered around $52,000 after hitting a record-high $52,621.84 in late Wednesday trading. The cryptocurrency has thrived through the month as more companies adopt the token as an alternative reserve asset.

Gold erased early gains and fell 0.43%, to $1,768.45 per ounce, at intraday lows. The US dollar weakened against a basket of Group-of-20 currencies and Treasury yields edged higher.

Oil prices pared gains and fell through the afternoon. West Texas Intermediate crude slid as much as 2.2%, to $59.79 per barrel. Brent crude, oil’s international benchmark, was down 1.7%, to $63.23 per barrel, at intraday lows.