Home » Business » US and allies announces sanctions on Chinese officials

US and allies announces sanctions on Chinese officials

Hong Kong (CNN)When Chinese and Russian officials meet in Beijing this week, one topic of conversation may be the hatred both countries have for the international community’s use of sanctions to interfere in what they regard as “internal affairs.”

China, at least, will be able to boast of hitting back: following new sanctions announced by the European Union on Monday, Beijing introduced countermeasures against multiple European lawmakers and academics.
From China’s perspective, such sanctions are only fair, a tit-for-tat response that sends a message to the domestic audience that Beijing will not take such challenges laying down. But they’re also a gamble that European policymakers will see the punitive measures as a piece of theater, not aggression, and will be willing to look past the designation of some of their colleagues, in continuing to build economic ties with Beijing.

The potential cost for China in overplaying their hand here is relatively high: not only could a misstep jeopardize a forthcoming investment agreement with the EU, currently in its final stages, but it may also push the bloc closer to Washington, following the alienation of the Donald Trump era that so benefited Beijing.

Soon after the Chinese sanctions were announced, the Socialists and Democrats — the second-largest grouping of lawmakers in the European Parliament — said they would not engage in any talks on the agreement until the measures are lifted.

Seven years in the making, the wide-ranging agreement, known formally as the Comprehensive Agreement on Investment with China, is designed to rebalance trade with the world’s second largest economy and improve market access for EU businesses.
“Europe needs to trade with China, but our values and standards go first,” said Inmaculada Rodríguez-Piñero, a Spanish lawmaker and S&D member. “We stand by our principles and we will defend our principles.”
Some in China (and elsewhere) will no doubt see hypocrisy in such reactions, a sign of how the Europeans can dish it out but can’t take it. But many in Europe will likely see a difference between sanctions targeting regional Chinese officials and entities accused of “serious human rights abuses,” and measures going after individual European lawmakers let alone academics and think tanks. 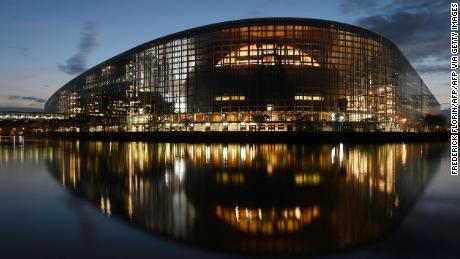 Those targeted by the European sanctions include Chinese officials responsible for Xinjiang. The US State Department accuses Beijing of detaining up to 2 million Uyghurs and other Muslim minorities in camps in the far western region, and subjecting them to forced labor and other abuses. Also sanctioned was the state-run Xinjiang Production and Construction Corps, which has been accused of being a major recipient of forced labor.
China has consistently denied allegations of human rights abuses, arguing the camps are necessary to prevent religious extremism and terrorism.
The EU was joined by the United Kingdom, US and Canada, and the countries said in a joint statement the “coordinated action” was intended to send a clear message to China “to end its repressive practices.” They stopped short of targeting any senior officials, however, arguably not going as far even as previous US sanctions over Hong Kong and Xinjiang.
For its part, China imposed sanctions against 10 European politicians and four bodies it accused of “maliciously spreading lies and disinformation” and “grossly interfering in China’s internal affairs” by doing so.
They will be banned — along with their families — from entering China, Hong Kong and Macao, and any related companies or institutions restricted from doing business in China.
“The Chinese side urges the EU side to reflect on itself, face squarely the severity of its mistake and redress it. It must stop lecturing others on human rights and interfering in their internal affairs,” Beijing said in a statement.
Among those sanctioned are two think tanks, the conservative, pro free market Alliance of Democracies Foundation, and the Mercator Institute for China Studies (MERICS), one of the continent’s leading China-focused institutions and not somewhere known for being particularly hawkish towards Beijing.
In a statement, MERICS said it “very much regrets this decision and rejects the allegation.”
“As an independent research institute, we are dedicated to foster a better and more differentiated understanding of China,” the statement added. “We will continue to pursue this mission by presenting fact-based analysis, also with the aim of creating opportunities for exchanges and dialogue — even in difficult times.”
Also sanctioned was the German academic Adrian Zenz, one of the earliest researchers to raise the alarm over the situation in Xinjiang, who has previously been hit by lawsuits in China and subjected to a barrage of negative press over his work. 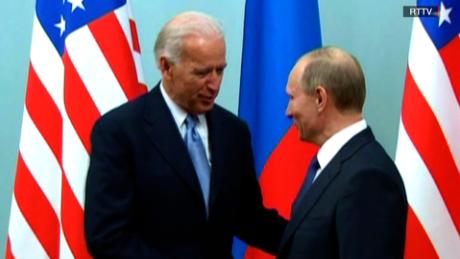 The U.S. must earn back the world’s trust

Speaking Monday, Chinese foreign ministry spokeswoman Hua Chunying said “for a long period, the US and the West wantonly interfered in other countries’ domestic affairs by using democracy and human rights as an excuse.”
Hua hailed the China-Russia relationship as a “pillar for world peace and stability” for the way the two countries have stood “together in close cooperation, firmly reject(ing) hegemony and bullying practice.”
That relationship was built partly on the back of sanctions introduced following Moscow’s annexation of Crimea, a move which outraged the international community and pushed Russia closer to China.
But Russia’s alienation from much of Europe could also be a lesson for China, that repairing relations on the continent can be hard work. This was a lesson US President Joe Biden learned to his chagrin, after Washington’s overtures to Brussels following his victory over Donald Trump were not welcomed as gladly as some in the US had expected.
China was the major beneficiary of Trump’s so-called America first foreign policy, with the EU increasingly plotting a separate tack to that followed by Washington. While the sanctions this week might appear like Brussels is following the lead of the US, that they were not as strong as American measures suggests there is still a great desire among many EU policymakers to continue to engage with China.
Sanctions are an act of aggression and Beijing is of course entitled to respond to the EU measures how it sees fit — it may even feel obliged to counter for a domestic audience. But by targeting widely respected think tanks and individual lawmakers, China may have risked hardening Europe’s resolve.
“China’s sanctions on MEPs [Members of the European Parliament], the Human Rights Subcommittee and EU bodies are unacceptable and will have consequences,” David Sassoli, President of the European Parliament, said following Beijing’s announcement. Meanwhile, Manfred Weber, leader of the European People’s Party, the largest grouping in the legislature, said the moves “shows us the contempt Beijing has for democracy.”
And while the very human rights abuses the EU is now targeting with sanctions were not enough to dissuade it from seeking increased trade with China, the targeting of its own lawmakers could tip the balance.

“China just killed the EU-China Investment Agreement by sanctioning the people criticising the slave labour/genocide in Xinjang,” said Guy Verhofstadt MEP, the chair of the conference on the future of Europe.
But while all eyes will now be on the agreement, there are also other ways lawmakers on the continent could respond that would anger China. Reacting to the news he would not be allowed to visit China, Macao or Hong Kong, sanctioned MEP Reinhard Bütikofer tweeted “But then there is Taiwan. :-)”
Source: Read Full Article