Uber and Lyft are the dominant players in the ride-hailing business, but ever since their disappointing IPOs earlier this year, investors have been taking a much closer look at the incipient industry that both companies hope to carve up.

Uber shares have returned to their offering level, but Lyft is down over 20%. The markets are now effectively brushing aside the pre-IPO cant about the firms, valuing them in line with their actual operations and growth prospects.

The former is a significant source of anxiety. That’s because Uber and Lyft, while ostensibly Silicon Valley companies, don’t fit the Valley model. Instagram, for example, does: Less than 20 employees achieve rapid scale at essentially no cost beyond some laptops, server space, and cold-brew on tap — then a panicky Mark Zuckerberg shows up with a billion bucks.

Read more: Uber isn’t screwed. There are a ton of ways it could become a profitable monster.

Uber and Lyft need cars, which are expensive, and drivers, who unlike algorithms won’t work for free. Until truly functional self-driving vehicles arrive, this isn’t going to change. And even when autonomous vehicles and robot drivers become widespread and real, they aren’t going to be cheap.

A familiar battle between management and workers 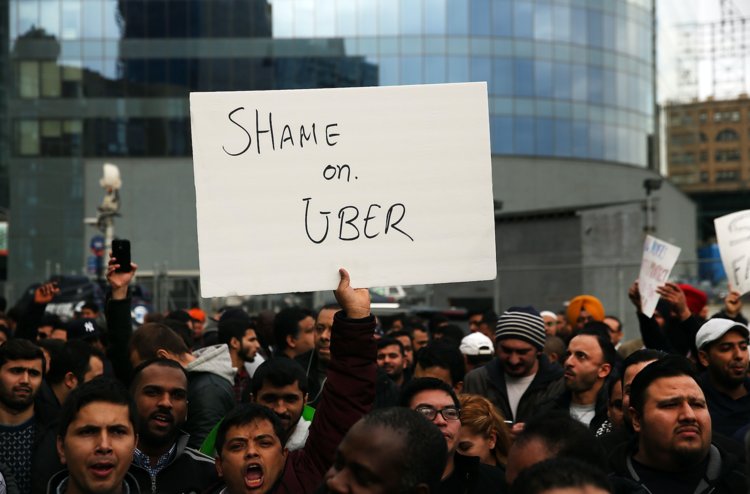 Dara Khosrowshahi, Logan Green, and John Zimmer are, respectively, the CEO of Uber and the co-founders of Lyft.In a co-bylined op-ed in the San Francisco Chronicle, published this week, they address the challenge. But the solution they propose should should be familiar to anyone who has ever studied a businesses where labor and management are structurally predisposed to conflict.

“We can make independent work better if we update century-old employment laws,” they write, hitting on the core labor problem that ride-hailing firms face: drivers who would prefer job security to flexibility.

“Many drivers are offering ideas to improve their experience, and companies like ours have a responsibility to come to the table prepared to do our part,” they add.

Earlier in the op-ed, they note: “Some have proposed turning independent workers into employees in the belief that this would solve their challenges. But reclassification misses two important points: First, most drivers prefer freedom and flexibility to the forced schedules and rigid hourly shifts of traditional employment; and second, many drivers are supplementing income from other work.”

Then they show their hand: “It’s also no secret that a change to the employment classification of ride-share drivers would pose a risk to our businesses.” 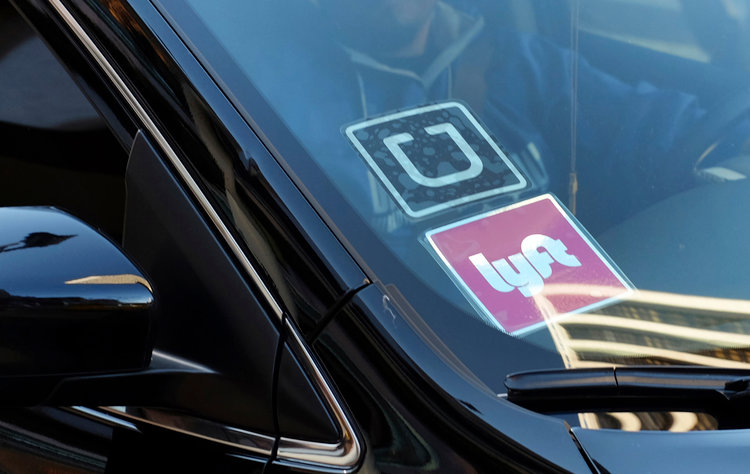 Ride-hailing might seem new, but it still needs drivers and cars.Associated Press

This severely understates the case. Uber and Lyft can’t afford significantly higher labor costs, if they want to satisfy investors. More growth means more drivers, and that equation doesn’t add up to future profits that would vindicate Uber and Lyft’s market caps, now $71 billion and $16 billion.

Drivers might justifiably assume that Uber and Lyft are really just commodity businesses, and that if both collapse, the need for ride-sharing and drivers won’t. If they establish an employment paradigm that guarantees them a wage level, they can take that anywhere.

The “century-old employment laws” Uber and Lyft’s leadership decry are worker-friendly and were crafted with the understanding that companies want to drive down their labor costs to increase their profits (that’s simply the way this system works — to expect for-profit companies to avoid making profits is completely irrational). The tactic here is false-consciousness defined: change the laws when the laws don’t cut your way, and say that you’re advocating the change because it’s in the best interest of your unattached gig workforce.

Uber and Lyft are motivated by California’s efforts to legislatively define ride-hailing drivers as employees rather than contractors.The bill now awaits passage by the state Senate. 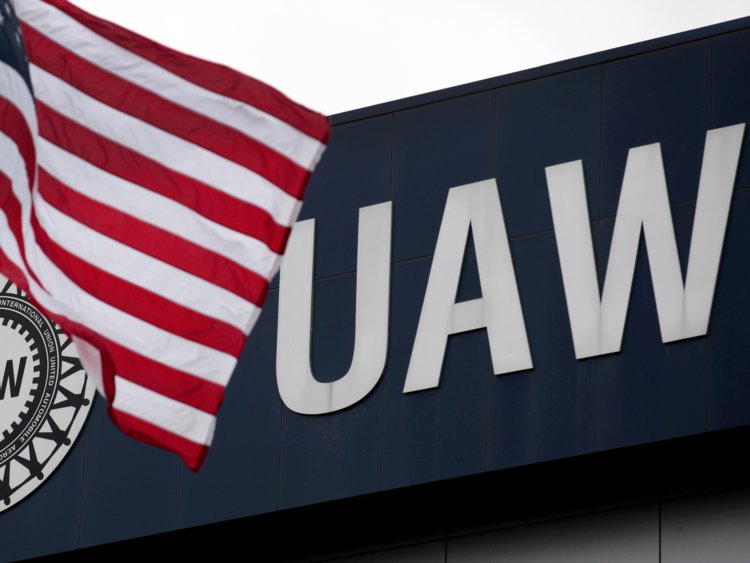 The United Auto Workers isn’t a partner to the car business.Reuters

In response, Uber and Lyft are pulling a page from a familiar anti-union playbook. “We can start by forming a new driver association, in partnership with state lawmakers and labor groups, to represent drivers’ interests and administer the sorts of benefits that meet their highly individual needs,” Khosrowshahi, Green, and Zimmer write.

The whole point of driver-employees forming a bargaining unit would be to separate Uber’s and Lyft’s drivers from the company’s free-form contracted employment and give them the independent power that they currently lack. This unit would make representing drivers’ interests a priority, and it would define them in terms of the what the drivers want. Uber and Lyft wouldn’t be able to say much at all about what those interests are.

This is classic stuff, a well-worn path for anyone who has ever watched a major labor organization negotiate with an employer. It all boils down to one critical issue: power. Unorganized workforces in relative low-wage industries have essentially no power (non-union workers in high-wage industries are a different story). They organize not so much because they want to get rich but because they want to gather enough power to define their own destinies.

Uber and Lyft really can’t allow that to happen. So expect a humdinger of a fight as this plays out. And even organized Uber and Lyft drivers might not be able to overcome the embedded flaws in the business. This is important: for-profit companies usually fail if the profits never appear.

Uber and Lyft drivers motivated to organize would do well to remember that.

This is an opinion column. The thoughts expressed are those of the author.

Report: Uber, Lyft each looking to go public in 2019 as rivalry heads to Wall Street