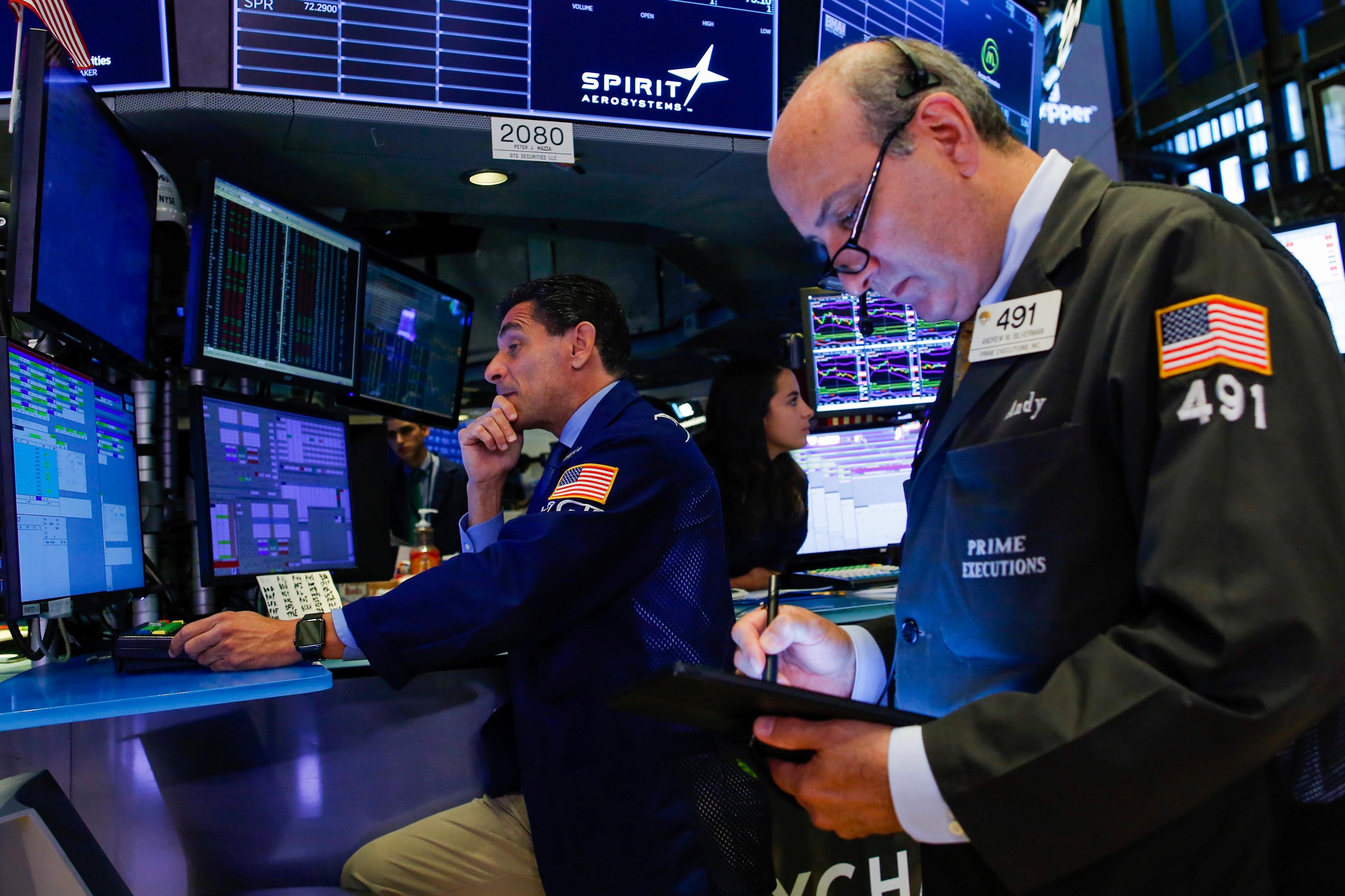 Trump pressed American companies to leave China in response to an earlier announcement from Beijing that it would impose a new round of retaliatory tariffs on an additional $75 billion in U.S. goods, upping the ante in an acrimonious trade war that has roiled markets for months and shown little sign of abating.

“It is mind-boggling,” said Ken Polcari, managing principal at Butcher Joseph Asset Management in New York. “On one day (Trump) tells you everything is going great with China and today he is saying everyone get out of China.”

“That is why the market is taking the most recent dive south is just because of (Trump’s) tweets,” Polcari added. “Not because of Jackson Hole or anything Powell said. It’s all driven by the anxiety and it’s Friday and a lot can happen over the weekend.”

Earlier in the session, U.S. Federal Reserve chair Jerome Powell, speaking the Fed’s annual meeting in Jackson Hole, Wyoming, reiterated that the central bank would “act as appropriate” to keep the current economic expansion afloat, but otherwise gave few clues as to whether an interest rate cut was in the cards at next month’s policy meeting.

Yields for 2-year and 10-year U.S. Treasuries entered inversion territory, a classic recessionary red flag. The curve has traded in and out of inversion for the past three days.

The CBOE Volatility index, a gauge of market anxiety, jumped 3.85 points to 20.49, its highest reading in a week.

All 11 major sectors in the S&P 500 were in negative territory, with tech, energy, consumer discretionary, industrials and communications services all down 2% or more.

Shares of Apple Inc, which has significant exposure to the Chinese market, sank 4.5%

Second-quarter earnings season is essentially in the can, with 482 of the companies in the S&P 500 having reported. Of those, 73.9% have beaten consensus expectations, according to Refinitiv data.

Analysts now see 3.2% year on year earnings growth for the quarter, up significantly from the 0.3% gain seen at the beginning of July, per Refinitiv.

Declining issues outnumbered advancing ones on the NYSE by a 4.10-to-1 ratio; on Nasdaq, a 4.74-to-1 ratio favored decliners.