Almost a year since international travel was thrown into chaos, Tourism New Zealand’sboss says Kiwis need a jolt to get out and see their own country.

And René de Monchy says that although there is still plenty of international interest in this country, New Zealand can’t use its handling of the pandemic so far as an overt marketing tool.

The 48-year-old, who is interim head at the government agency following the departure of Stephen England-Hall, says it will be a continuing struggle to fill the big gap left by international visitors.

“I expect we will see growth in the value of domestic tourism year-on-year, but it’s not going to be enough to fill that gap and that’s the big problem,” he said.

The complete shutdown of international tourism had not been factored into the agency’s plans.

Tourism New Zealand had done some modelling around losing one of its three big international markets – Australia, China and the United States – but not losing all three of them at once.

New Zealand now faces a revenue gap of $12.9 billion a year without international visitors, as foreign tourists spend up to three times more per day than locals.

International visitors spend $232 a day, Kiwis travelling around the country spend $155 a day, and residents staying local spend $74 a day.

The country was missing out on the big-spending Chinese New Year period through to the middle of this month, said de Monchy, and March through toApril was when North Americans and Europeans tended to visit.

As the outlook for international travel restarting looks bleak, Tourism New Zealand has a series of campaigns aimed at keeping the domestic travel surge going.

Right now, those who can’t travel during the school holidays are being targeted during the critical February-March period when overseas tourist numbers traditionally hit their peak.

“And that’s not even talking about the Australians who come throughout the year.”

“The next natural one after the long weekends is going to be in the April school holidays, so it’s about who can we target to try and fill that again.

“We will continue to target audiences that we think are able to travel at periods with different activities. But it’s tough,” said de Monchy, who is seen as a contender for the top job.

The impact on the tourism industry was uneven.

“You’ve got parts of the country that have historically always been quite domestic and are having a pretty good season – areas like the Bay of Plenty and the Coromandel.”

Other centres geared to the international market, such as Queenstown, Milford and Franz Josef, were hit hard.

“But even within popular destinations such as Rotorua, you’ve got some operators who were entirely reliant on international visitors that are in a world of pain, and others who had much more of a domestic focus doing okay, and some of them are doing quite well,” said de Monchy.

The biggest share of Tourism NZ’s $114m budget was targeted at marketing New Zealand to Kiwis – something that hasn’t happened here for decades.

The switch in direction happened last May, during the nationwide lockdown.

“We landed pretty quickly on finding out you have to jolt Kiwis. We’re creatures of habit and, actually, that’s not just Kiwis, that’s most people in their own country. They are quite habitual when they travel,” he said.

Some respondents to research done for Tourism NZ identified high prices aimed atinternational visitors as a deterrent to Kiwis spending on experiences here.

While Kiwis were willing to open their wallets wide overseas, de Monchy said it was not necessarily the case at home. Here, they wanted value for money.

“The key point in that research is also helping operators to understand that New Zealanders want value for the money that they’re spending,” he said.

Some tourism businesses had adapted faster than others in catering to Kiwis, with some operators successfully collaborating to bundle up attractive travel packages.

“The biggest risk is being entirely reliant on an international audience; it is obviously going to be brutal this year, we might get some Australians hopefully soon but I wouldn’t be banking on any other internationals in 2021.”

The organisation has about 160 staff and had pulled back from some overseas markets where workers had been redeployed to other government agencies. However, it was still marketing overseas to keep New Zealand from “going dark”.A year of not promoting a niche destination such as this country could mean up to three years of trying to recover that lost ground, amid intense competition from other countries for tourists.

“We think it will pay dividends in the future to keep that brand alive and keep people interested.”

“There’s a shift in what people are thinking about,” said de Monchy. “Since Covid, health and safety has jumped to the top of the list for most travellers.”

That ranged from questions about the quality of the medical system, tracking and tracing regimes, Covid prevention strategies by hotels and tour operators, and availability of contactless payments.

Another example is flexibility in booking from airlines and hotels.

“There is an appeal by the way that New Zealand has managed Covid well, but the motivation for coming to New Zealand is still fundamentally about beautiful landscapes, friendly people. It is an added benefit, but you’ll never see us putting that at the forefront of a reason to visit New Zealand.” 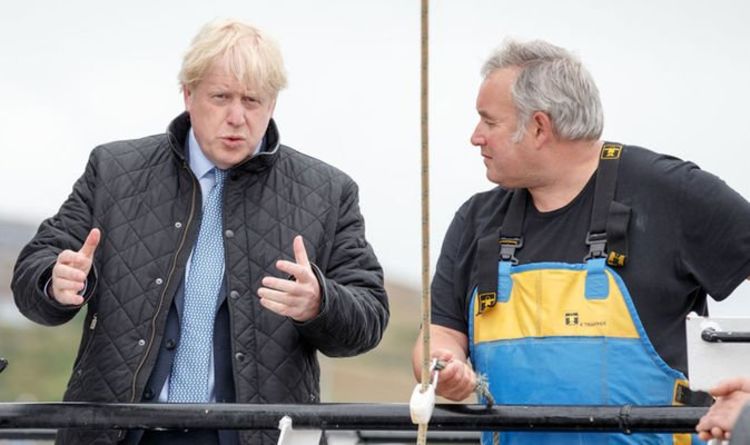 We didn’t vote for this! Fishing collapse as UK firms go bust and exporters flee to EU