VANCOUVER/BEIJING (Reuters) – The daughter of Huawei’s founder, a top executive at the Chinese technology giant, was arrested in Canada and faces extradition to the United States, roiling global stock markets as it threatened to inflame Sino-U.S. trade tensions afresh.

The shock arrest of Meng Wanzhou, 46, who is Huawei Technologies Co Ltd’s chief financial officer, raises fresh doubts over a 90-day truce on trade struck between Presidents Donald Trump and Xi Jinping on Saturday – the day she was detained.

Her arrest, revealed late on Wednesday by Canadian authorities, is related to U.S. sanctions, a person familiar with the matter said. Reuters was unable to determine the precise nature of the possible violations.

The arrest and any potential sanctions on the world’s second biggest smartphone maker could have major repercussions on the global technology supply chain. Shares in Asian suppliers to Huawei, which also counts Qualcomm Inc and Intel among its major suppliers, tumbled on Thursday.

Huawei is already under intense scrutiny from U.S. and other western governments about its ties to the Chinese government, driven by concerns it could be used by the state for spying. It has been locked out of the U.S. and some other markets for telecom gear. Huawei has repeatedly insisted Beijing has no influence over it.

Meng, one of the vice chairs on the company’s board and the daughter of company founder Ren Zhengfei, was arrested on Dec. 1 at the request of U.S. authorities and a court hearing has been set for Friday, a Canadian Justice Department spokesman said. Trump and Xi had dined in Argentina on Dec. 1 at the G20 summit.

Sources told Reuters in April that U.S. authorities have been probing Huawei, the world’s largest telecoms equipment maker, since at least 2016 for allegedly shipping U.S.-origin products to Iran and other countries in violation of U.S. export and sanctions laws.

Huawei, which generated $93 billion in revenue last year, confirmed the arrest in a statement. “The company has been provided very little information regarding the charges and is not aware of any wrongdoing by Ms. Meng,” it said.

She was detained when she was transferring flights in Canada, it added.

Chinese foreign ministry spokesman Geng Shuang told a daily briefing on Thursday that China had asked Canada and the United States for an explanation of Meng’s arrest, but they have “not provided any clarification”.

The Chinese consulate in Vancouver has been providing her assistance, he added, declining further comment. On Wednesday, China’s embassy in Canada said it resolutely opposed the arrest and called for her immediate release.

In April, the sources told Reuters the U.S. Justice Department probe was being handled by the U.S. attorney’s office in Brooklyn.

Lu Xiang, an expert on China-U.S. relations at the state-backed Chinese Academy of Social Sciences, said the arrest of Meng is “extremely shocking”.

“If someone from the United States is hoping to use threats to an individual’s personal safety in order to add weight in the talks, then they have most certainly miscalculated,” he said.

“I believe that China’s government will use maximum force to fight for freedom and justice for Meng Wanzhou.”

Arthur Kroeber, founder of Gavekal Dragonomics, said it was unlikely that Beijing would retaliate against the local U.S. business community, whose interests have partly overlapped with China’s in the trade war and been a source of leverage for Beijing.

“You can play hardball with a small country but you can’t do it with the U.S.,” he said. “Actually it hurts them to make life difficult” for U.S. companies.

A user of China’s Twitter-like Weibo platform said Chinese should boycott products made by U.S. tech giant Apple Inc and instead buy Huawei products to show support for one of China’s national champions.

However, the topic ranked only 31st among trending items on Weibo as of Thursday afternoon, with many discussion threads apparently blocked, which is not unusual on China’s heavily censored Internet.

Jia Wenshan, a professor at Chapman University in California, said the arrest “runs a huge risk of derailing the U.S.-China trade talks”.

While Meng’s arrest comes at a delicate time in U.S.-China relations, it was not clear if the timing was coincidental.

The probe of Huawei is similar to one that threatened the survival of China’s ZTE Corp, which pleaded guilty in 2017 to violating U.S. laws that restrict the sale of American-made technology to Iran.

Earlier this year, the United States banned American firms from selling parts and software to ZTE, which then paid $1 billion this summer as part of a deal to get the ban lifted.

Huawei has said it complies with all applicable export control and sanctions laws and U.S. and other regulations.

News of the arrest came the same day Britain’s BT Group said it was removing Huawei’s equipment from the core of its existing 3G and 4G mobile operations and would not use the Chinese company in central parts of the next network.

Meng, who also has used the English names Cathy and Sabrina, served on the board of Skycom between February 2008 and April 2009, according to Skycom records filed with Hong Kong’s Companies Registry.

Several other past and present Skycom directors appear to have connections to Huawei. 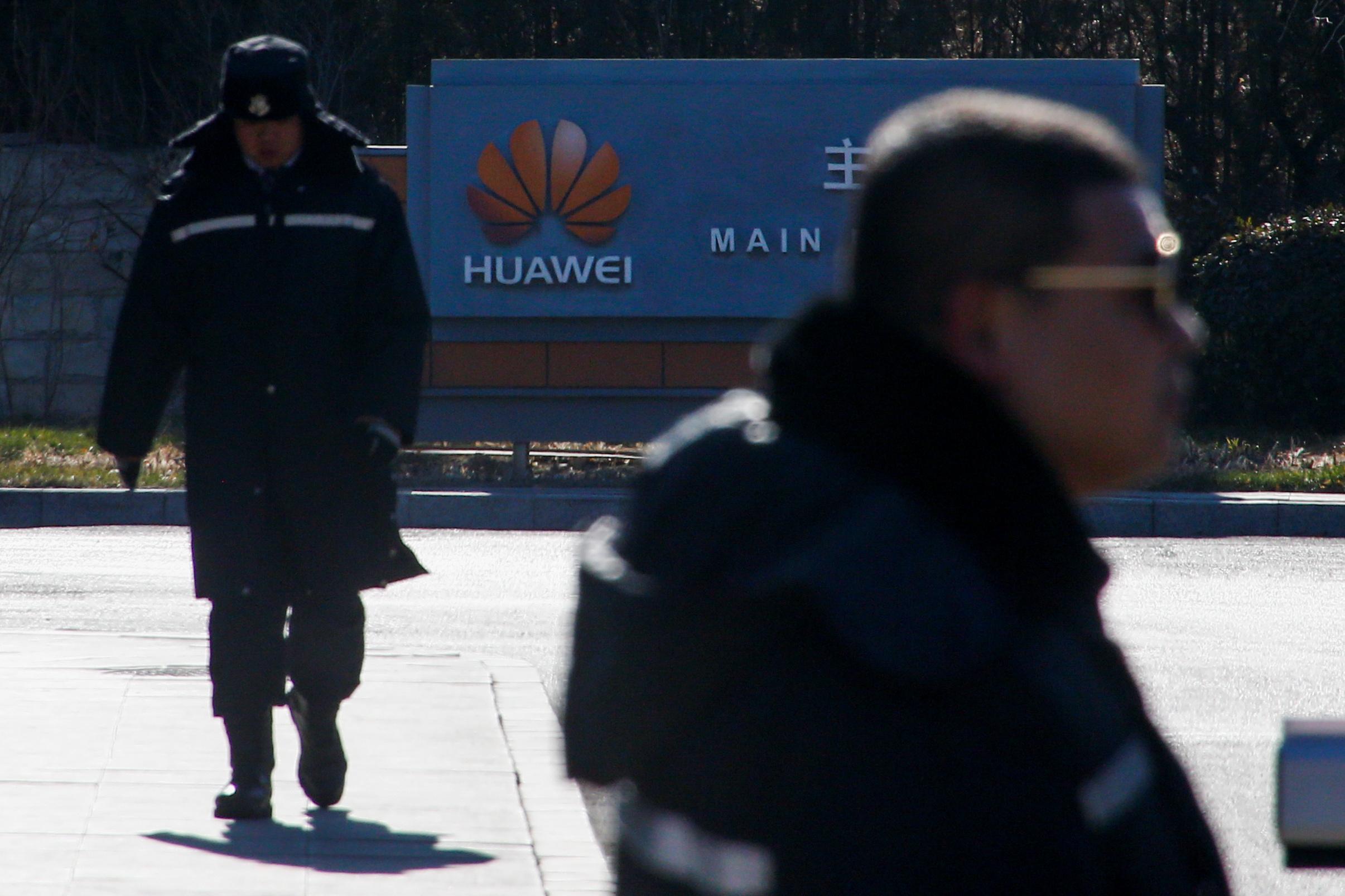 U.S. Senator Ben Sasse praised the move and said that it was “for breaking U.S. sanctions against Iran.” He added: “Sometimes Chinese aggression is explicitly state-sponsored and sometimes it’s laundered through many of Beijing’s so-called ‘private’ sector entities.”

U.S. stock futures and Asian shares tumbled as news of the arrest heightened the sense a major collision was brewing between the world’s two largest economic powers, not just over tariffs but also over technological hegemony.

Shares of Huawei suppliers slumped on Thursday as investors fretted over the arrest. Samsung Electronics fell 2.3 percent, while Chinasoft International Ltd sank as much as 13 percent.