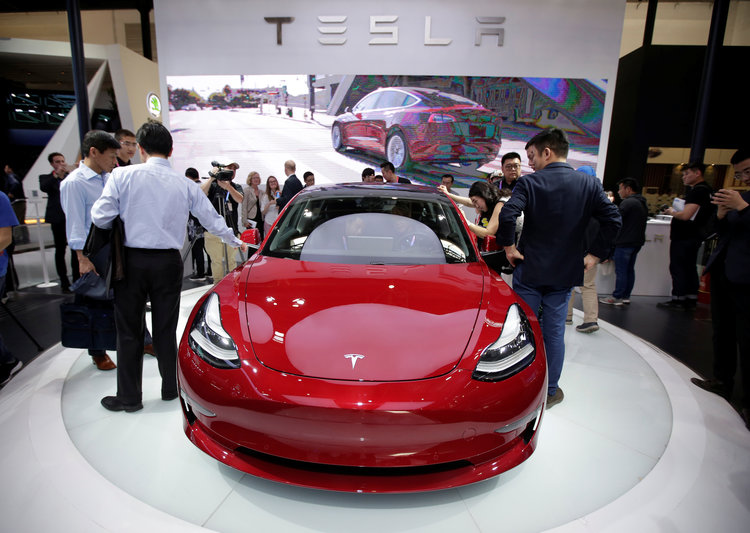 
Some photos of Tesla vehicles parked at several locations in California recently surfaced on Twitter.

What looks to be a few thousand Teslas are allegedly in the Central Valley town of Lathrop, east of the Bay Area; and in Burbank, near Los Angeles.

These look to be staging areas, where cars are collected before they are sent to other parts of the country.

“We use Lathrop as a loading hub for cars being shipped to other locations for delivery to customers,” a Tesla spokesperson said in a statement to Business Insider. “As our deliveries increase, we’re obviously going to have more cars there.”

Tesla is producing at least 2,000 more cars per week than it was at the end of 2017, now that Model 3 assembly has ramped up. Tesla has limited space at its factory in Fremont, CA, so the vehicles have to go someplace.

Tesla doesn’t have a dealer network, just stores located around the US. Getting a Tesla is far more bespoke than what a lot of car buyers are used to: you order a car, Tesla builds it or you select something out of inventory, and when it’s ready to pick up, they let you know.

If you want to buy, say, a Ford F-150 pickup truck, you will probably head down to your local dealer to see what’s in the lot. And there’s usually a lot of pickups on those lots. There are around 3,000 Ford and Lincoln dealers in the US, and on any given day and by a rough calculation, probably something like 17,000 F-150s awaiting customers (Ford sells more than 2,000 every day, has an 80-plus-day-supply on hand, and sold close to 900,000 F-Series pickups last year).

Speculation has developed that Tesla is experiencing cancellations of Model 3 pre-orders, which were reportedly in excess of 400,000. The company flatly denied that this was the case, and CEO Elon Musk took to Twitter to say that 5,000 new Model 3 orders had been logged in the past week.

What’s likely going on here is that Tesla is on track to build quite a few more vehicles in 2018 than it did in 2017 and will have to expand its logistical footprint to get those cars from Fremont to the rest of the US.