Home » Business » The UK economy shrank a better-than-expected 2.9% in January – and analysts are predicting 'swifter' growth thanks to vaccines

The UK economy shrank a better-than-expected 2.9% in January – and analysts are predicting 'swifter' growth thanks to vaccines 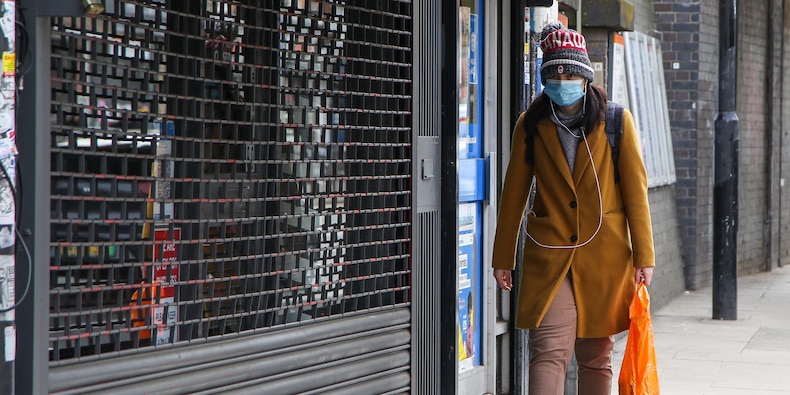 The UK economy shrank 2.9% in January as tough coronavirus restrictions forced businesses to close, official figures showed Friday, although the contraction was smaller than the 4.9% fall economists expected.

It left the UK economy 9% smaller than before coronavirus struck in February 2020, the Office for National Statistics said. However, economists have predicted "swifter" growth, as coronavirus vaccines pave the way towards a resumption of more normal activity.

The contraction in January, when a national lockdown came into effect, followed growth of 1.2% in December. The UK suffered the worst slump in the G7 in 2020, with GDP shrinking 9.9% across the year.

However, Britain has been one of the fastest countries at rolling out coronavirus vaccines and hopes to gradually reopen the economy over the spring and summer.

The country's government-spending watchdog expects growth of 4% in 2021, reflecting the first-quarter lockdown. But it then foresees growth of 7.3% in 2022.

The Office for Budget Responsibility said in March there would be "a swifter and more sustained economic recovery" than previously thought, "albeit from a more challenging starting point than we forecast in November."

Unemployment is now expected to peak at 6.5%, down from an earlier estimate of 7.5%, reflecting the quicker rollout of vaccines and extra government support.

In January, sharp slowdowns in consumer-facing services and education drove a contraction of 3.5% in the UK's dominant services sector. Manufacturing shrank 2.3%, its first fall since April 2020.

"But the government's easing roadmap has provided the ladder and the vaccinations are providing the willingness to climb out of it."