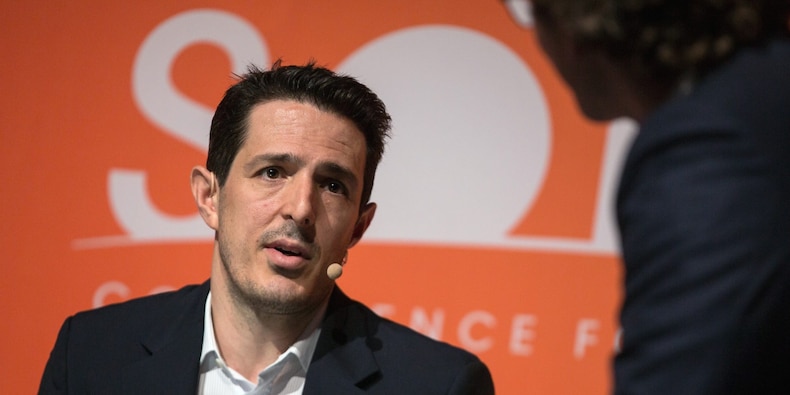 Gabe Plotkin, the founder of short-seller Melvin Capital, took home $846 million in 2020, netting him a spot among the top hedge fund earners last year, according to Bloomberg.

In total, the 15 hedge fund managers, all men, took home an estimated $23 billion in 2020. Taking the top spot was Tiger Global Management founder Chase Colman who earned $3 billion, according to Bloomberg.

Plotkin’s Melvin Capital found itself at the center of the GameStop short-squeeze saga that captivated markets in January as an army of Reddit day traders sparred with hedge funds to push shares of the video-game retailer through the roof. The result for Melvin Capital was a stunning 53% loss and a $460 million loss of Plotkin personally, Bloomberg reports.

Read more: Elon Musk says in a tweet that he bought dogecoin for his son, sparking a 16% surge in the ‘meme’ token

New York-based Melvin Capital closed its short position in GameStop on on January 27. The fund began this year with $12.5 billion in assets under management, and ended January with over $8 billion. Billionaire investors Steve Cohen and Ken Griffin invested $2.75 billion in the fund as losses piled up.

As of Monday, GameStop has lost over $20 billion in market cap since the stock’s Reddit-saga peak back on January 27, falling from intraday highs of over $450 to just over $50.