Home » Business » The Fed will be forced to buy more bonds as US stimulus drives up interest rates, Ray Dalio says

The Fed will be forced to buy more bonds as US stimulus drives up interest rates, Ray Dalio says 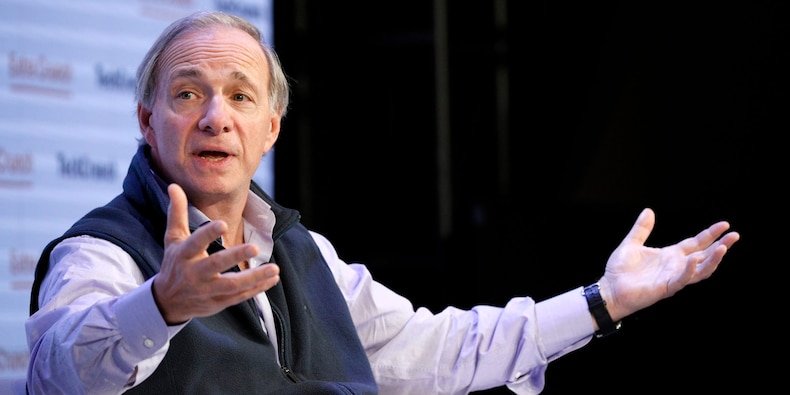 The Federal Reserve is going to have to revamp its quantitative easing program and buy more bonds to help limit the rise in interest rates, according to hedge fund billionaire Ray Dalio and first reported by Bloomberg.

In a Saturday panel at the China Development Forum, Dalio said the recently passed $1.9 trillion COVID-19 stimulus bill will lead the US government to raise more money by issuing more treasury bonds, further worsening the "supply/demand problem for the bonds."

That supply and demand problem for bonds will lead to a further rise in interest rates, which has already wreaked havoc on certain parts of the stock market like the high-growth technology sector as the 10-year Treasury yields climbed to a pre-pandemic high of 1.75% last week.

A continued rise in interest rates "will prompt the Federal Reserve to have to buy more [bonds], which will exhibit downward pressure on the dollar," Dalio said. The Fed already buys about $120 billion in bonds per month.

In a dire scenario, Dalio explained that the world is "very overweighted in bonds" that have a negative yield, and that "not only might there be not enough demand, but it's possible that we start to see the selling of those bonds," according to Bloomberg.

According to Bank of America, there is currently $13.7 trillion in negative yielding debt. In the event that bonds are liquidated by investors, "that situation is bearish for the dollar," according to Dalio.

Despite the concerns, Fed Chairman Jerome Powell said last week that its current monetary policy is appropriate, and pushed back against the idea that the recent jump in interest rates pose a problem to the economy.