Nearly one year since its beta launch, Clubhouse has generated plenty of buzz inside and outside the tech industry, sending everyone from Elon Musk to Bill Gates to Drake and even Oprah scrambling to download the invite-only app, which allows people to host and join audio conversations from their iPhone.

Yet despite all the hoopla — along with its recent $1 billion valuation — the app itself still hasn’t earned a dime.

While founders Paul Davison and Rohan Seth are hard at work on rolling out monetization models for both the company and the creator community that’s embraced it, one thing’s for certain — the app has already indirectly opened up unexpected revenue streams for those ready, willing, and able to monetize their skill set and sell it to the app’s 2 million weekly active users.

The 29-year-old joined Clubhouse at the tail-end of December and has already earned $170,000 through a combination of one-on-one coaching, a Facebook Group Jumpstart Course (costing $497 a person), and a Clubhouse Jumpstarter Course (costing $197 a person), which she developed in just two week’s time to teach other entrepreneurs how to monetize on Clubhouse.

“Clubhouse itself is not a monetization tool; however, it can be used as a tool to drive people to other outlets and make sales,” she told Insider. “Some people don’t know how to craft an engaging bio, build their know, like, and trust factor, or develop a firm call to action. That’s what I teach people how to do.”

Book business consultant Christina Johnson first learned about Coach T’s Clubhouse course through a Facebook group. An Android user, the married mother of eight said she was initially disappointed to learn that Clubhouse is currently only available to iOS users, but her instinct told her there had to be another way. 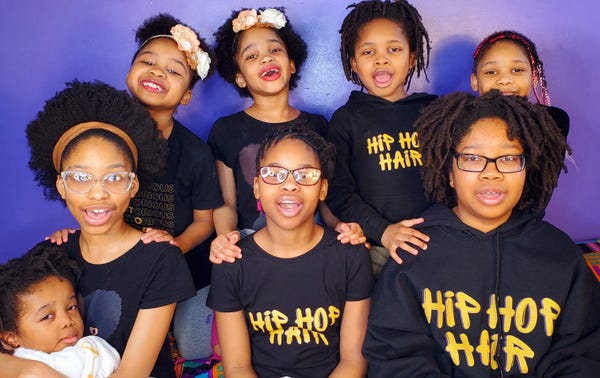 “I had a feeling this course was just what I needed to promote my publishing business and ‘Hip Hop Hair,’ the book my children created together during the pandemic, so I bought an iPad just to join Clubhouse,” she told Insider.

According to Johnson, the course was the fast-track she needed to learn how to create a stand-out bio and thumbnail profile photo, get on stage, and make an impact in the app’s rooms.

“One day I raised my hand in a room hosted by the rapper Ma$e where people were sharing good news and mentioned my children publishing their own book,” she said. “The next thing I know, Ma$e shared their book in his Instagram stories.”

Two hours later, the book, about the elements of hip hop and the styles that accompany it, including the hair, went from No. 200 to No. 20 on the Amazon bestseller list. “Clubhouse has more than paid for the course and my new iPad,” Johnson said. “Every day I thank God for Clubhouse.” 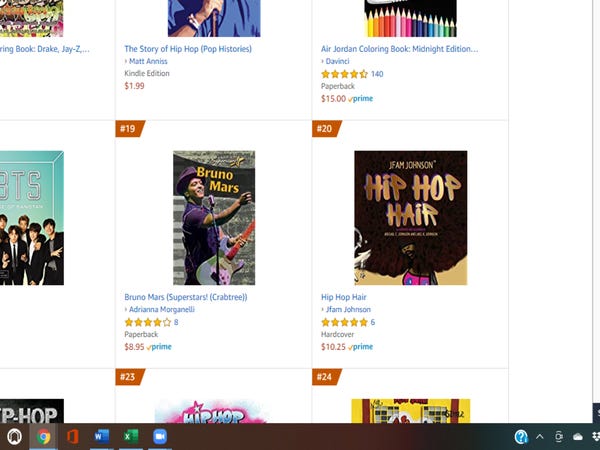 Like Francois, Gary Henderson, founder of marketing consultancy DigitalMarketing.org, joined Clubhouse during the final days of December and has found it to be a virtual gold mine for making connections and brand building.

“Clubhouse has opened a ton of doors for me, including securing a book deal on the subject,” Henderson, whose book on Clubhouse and the creator economy is slated to be published by Hay House in October, told Insider. 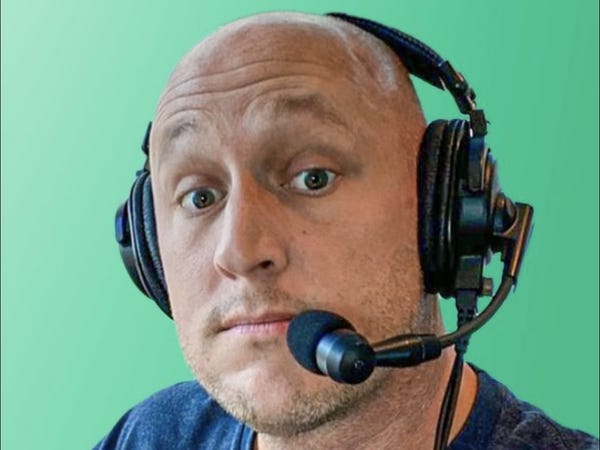 Henderson, who recently created Gary.Club, a free online club linked to Clubhouse, has already amassed 54,500 followers on the app and spends an average of seven hours a day as a moderator and speaker.

He told Insider he’s brought in over six figures directly from his interactions on Clubhouse through a series of coaching opportunities he offers, such as a private version of Gary.Club (costing $497 for a lifetime membership) that allows people to gain access to private chat rooms and receive exclusive perks and rewards and his Creator’s Club, which offers benefits such as masterminds, virtual classes, and a one-on-one session with Henderson (which costs anywhere from $12,000 to $15,000).

Marketing veteran Charlene, who asked not to share her last name for privacy reasons, built out an a la carte menu of Clubhouse-related services, including coaching training packages, bio writing, and graphics services such as creating borders, filters, and backgrounds to make a user’s headshot stand out. She’ll even serve as a paid moderator and lead a discussion in a Clubhouse room.

“Content is coming at you like a fire hose on Clubhouse,” she told Insider, adding that she wound up earning $28,000 in 32 days. Rather than hang out in rooms with thousands of people in the hopes of attracting customers, she advised “prospecting with intention in small rooms where there’s a high touch point”

One of the more out-of-the-box services offered on Clubhouse comes from Idaho-based beatboxer Parker Kane, who became a viral sensation after an impromptu beatboxing session in a local McDonalds, which led to him being featured in one of their commercials in 2016. 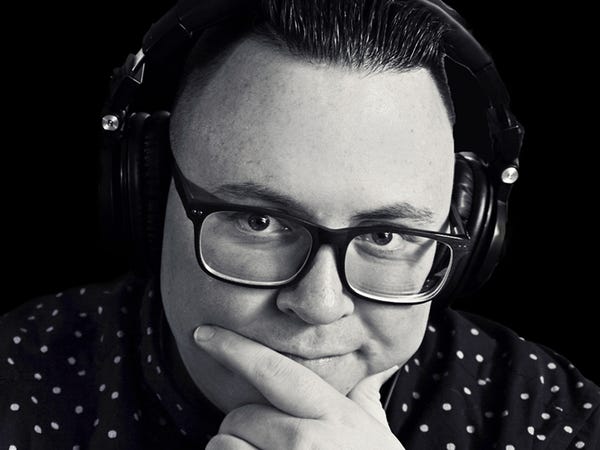 Kane has found his own unique niche by offering his beatboxing skills to “reset” the room as a designated room moderator, which includes sharing the intentions and rules of the room every 15 minutes as new guests enter. He said he’s earned roughly $2,000 in a month’s time via bookings, custom recordings, and tips.

“You’ll rarely find me pitching my services,” he told Insider. “I simply show up and add value and after every room, I receive Instagram DMs from people who want to learn more about what I do.” He added that he’s been performing in multiple rooms every single day since last month in the hopes of serving others while building his business.

While these entrepreneurs all proactively took the reins to build their brand as early adopters on Clubhouse, others have attributed their success to association with the audio app.

You can only imagine the surprise of tech entrepreneur Colin Campbell, who launched the domain extension .Club in 2014 only to see a record-breaking day of sales seven years later. 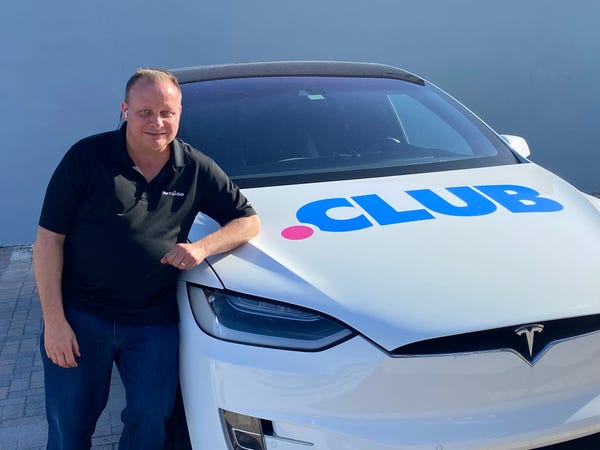 Calling it “absolute pandemonium” in a tweet, Campbell explained, “We are trying to get to the bottom of it. There is a new social network called Clubhouse which we think is related.” 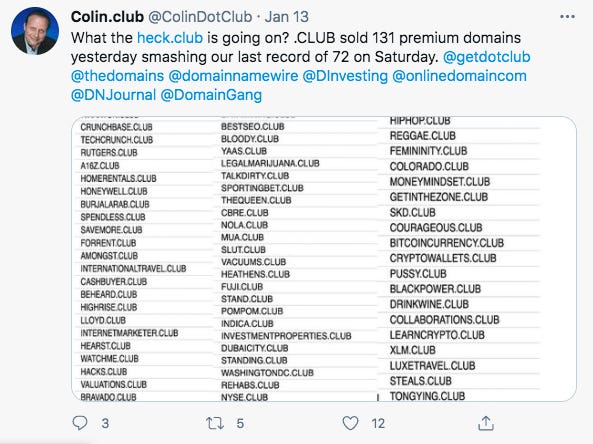 Campbell’s hunch was right on the money, and as the app’s popularity has grown, so has the surge of .club registrations.

“What we are seeing is that people are registering the .club domain names to match the names of the clubs they’ve created inside the app so there’s a synergy between them,” Campbell told Insider. “Now they can use their .club domain to connect on and off of Clubhouse.”

Campbell believes Clubhouse is going to be a “massive disruptor” as more and more entrepreneurs flock to it. “Once it’s released on Android, it’s just going to continue accelerating and presenting huge opportunities,” he added.

With each major update, Clubhouse has been known to change its app icon to spotlight one of its community members. Back in 2020, when the community was much smaller, a group of early adopters started a room to convince the app’s founders to feature their friend Bomani X as the icon, and it worked.

While five people were featured as the app icon before Bomani X, it’s his face that tends to be the most recognizable because he was showcased from December through March, when thousands of people joined.

As a digital strategist by day, Bomani X, based in DC, consults with brands on how to use Clubhouse, something he knows quite a bit about considering the 27-year-old guitarist has racked up 3.4 million followers on the app and hosts The Cotton Club, a popular online club with speakeasy vibes that’s home to more than 31,000 followers. 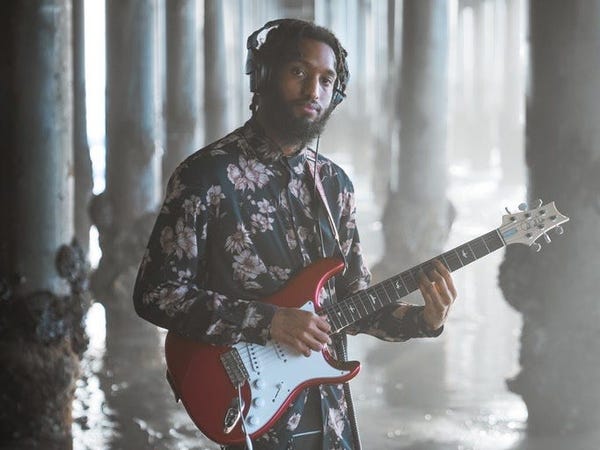 Bomani X recently partnered with Rally.io, a crypto platform that allows creators and artists to launch their own digital currency in an effort to build sustainable, independent economies with their fanbase. His cryptocurrency is called $BOO, which when purchased makes fans eligible for certain creator rewards such as special content. Gary Henderson as well as 25 other Clubhouse creators have also partnered with Rally to do the same.

“While I probably could have earned more, that’s not really why I’m on Clubhouse,” he told Insider. “You could say I’ve earned in the thousands mainly from tips, private musical performances, and a side hustle doing birth-chart readings, but really what I’ve gained is a space to be authentic in my process and have the opportunity to have a lot more eyes and ears on my music, and you can’t put a price on that.”